The 2019-20 Women’s All Ireland League was cancelled after 12 rounds due to the coronavirus pandemic. This was confirmed by the IRFU on 19th March with the games governing body stating:

There will be no league or cup winners in any competition organised at a national level including the Energia All-Ireland Leagues, Energia Women’s All-Ireland Cup and the Energia Bateman Cup.

The planned expansion of the Energia Women’s All-Ireland League for the 2020/21 season remains in place.

The Front Row Union reacted quickly to bring the season to some sort of completion with online voting and virtual team challenges that ended with UL Bohemian being crowned Virtual Champions. UL Bohemian also picked up our Team of the Season award for their undefeated season.

We also held a poll for The Front Row Union Dream Team for the first time, a competition that registered over 17,000 votes.

Though the season wasn’t completed it was decided that it was still important to recognise those players who had contributed to the game over the 12 (partial) rounds. Our award winners for the truncated season can be viewed in the drop down lists below.

The leading points scorer was Blackrock College RFC’s Hannah O’Connor who scored 80 points from 7 tries, 15 conversions and 5 penalties in an impressive season.

In the highest ever vote for Women’s AIL, Chloe Pearse was voted the Players Player of the Season after picking up 829 votes (54%) from a total of 1523 votes cast.

Not another ruckin podcast. 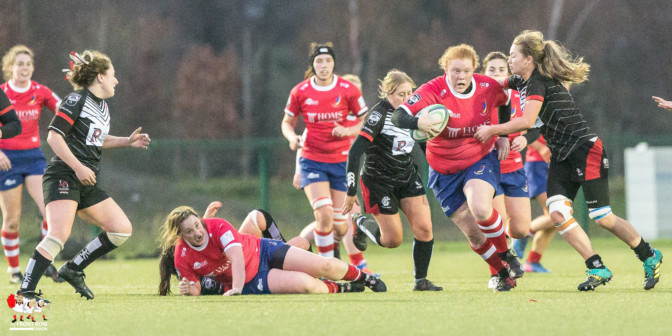