Alison Coleman runs in her second try as Blackrock pull away from Cooke in the second half.
Club Women

By Editor on March 2, 2020 0 Comments
Alison Coleman runs in her second try as Blackrock pull away from Cooke in the second half.
CLUB WOMEN ADVERTS

Blackrock College pulled away in the second half, against Cooke at Shaw’s Bridge,  to record a comprehensive ein in the Women’s Energia AIL.

It’s been a few weeks since Cooke have managed to get a game at Shaw’s Bridge under their belt and they started this one with plenty of enthusiasm with Beth Cregan crashing over, off the back of a scrum, for the opening score. Amanda Morton added the conversion to give Cooke a 7 – 0 lead. 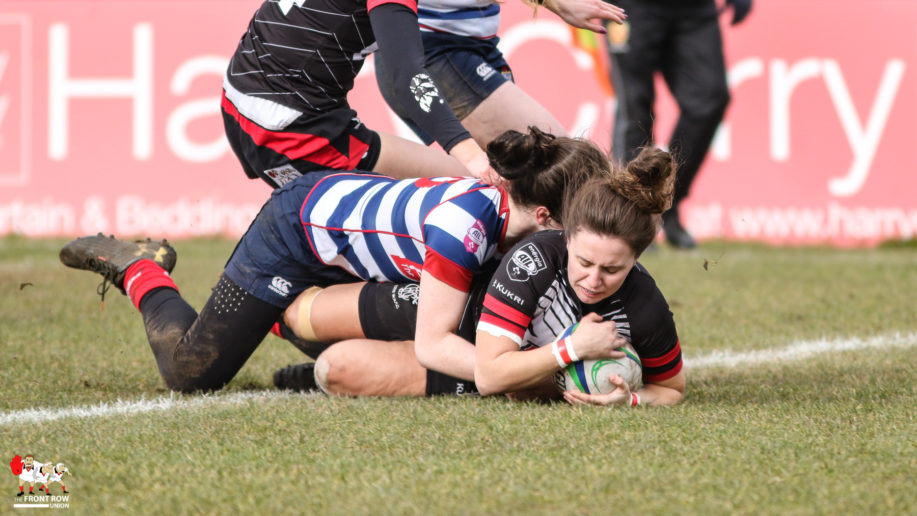 Beth Cregan goes over for the opening score

Cooke kept Blackrock pinned in their own half for the bulk of the first quarter but they struggled to break down the defence and a charge out of her own 22 was started and ended by Hannah O’Connor who scored and converted on the 25th minute to take the score to 7 – all.

Cooke responded with Eliza Downey using some nifty footwork and a couple of handoffs to score close to the posts for Morton to convert but Blackrock kept hitting back and their scrum half Aoibheann Reilly spotted an opportunity to nip through and score. The conversion was missed leaving the score at 14 – 12 in Cooke’s favour. 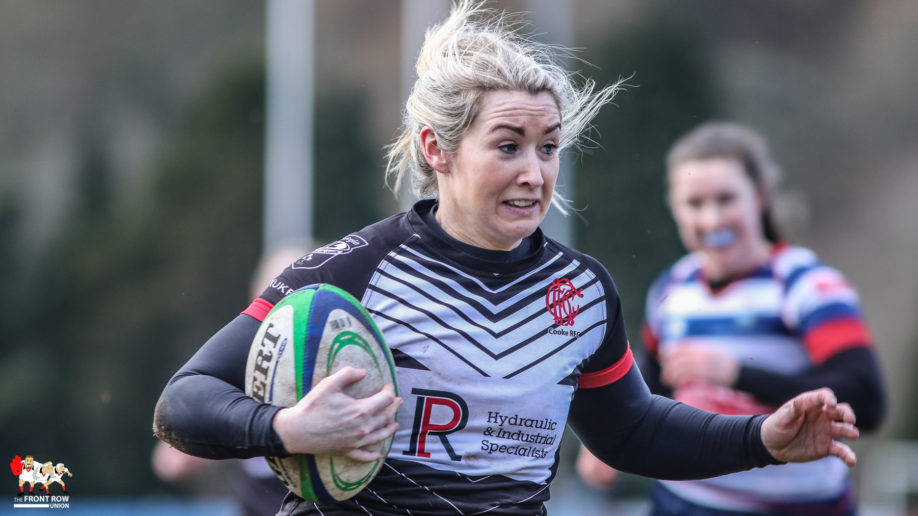 Morton added a penalty for Cooke with the last kick of the half to take it to 17 –  12 as the teams changed ends.

Cooke maybe decided too early to try and defend their lead as they turned to face the strong breeze, but whatever they decided, it didn’t work.

Three quickfire tries, two from Ali Coleman and a second from O’Connor moved the score to 17 – 29, after Liza Mullen added a conversion, and Blackrock were in charge. 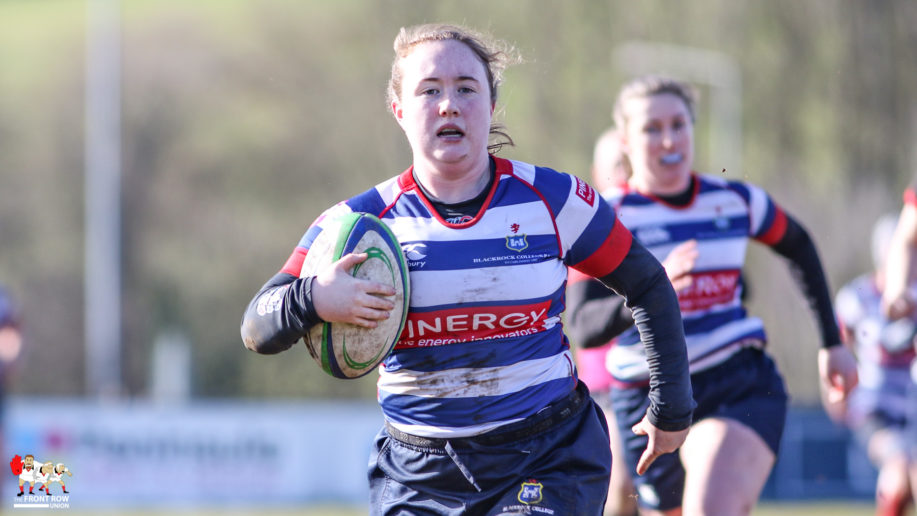 Cooke battled for parity and enjoyed a substantial period on the attack but an interception by Mullen saw the Virginia youngster sprint the length of the pitch to score and convert Rocks sixth try. 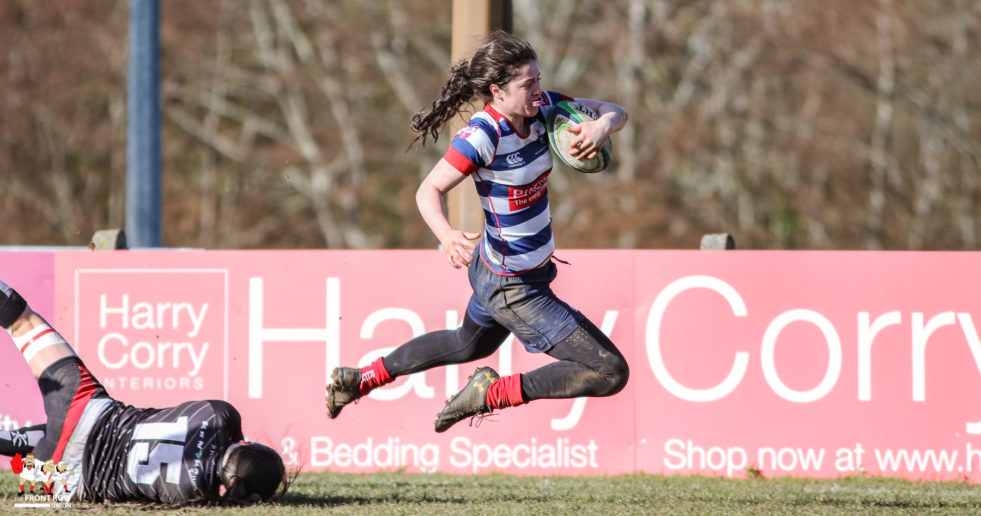 Ellen Tait takes to the air for Blackrocks final try.

Blackrock’s Ellen Tait capped the scoring with an acrobatic try out on the far left to wrap up the game.