Old Belvedere come out on top in a dour match against Blackrock on Saturday evening.
2019-20

By Editor on November 25, 2019 0 Comments
Old Belvedere come out on top in a dour match against Blackrock on Saturday evening.
CLUB WOMEN ADVERTS
JOIN US

It was a damp, dank evening at Stradbrook Road as Blackrock hosted Old Belvedere in round 5 of the women’s AIL. Considering the weather of the previous few days, it was testament to the Rock ground staff that the match was able to take place at all and the pitch was in good condition, all things considered.

Belvo started the stronger and were on the scoreboard promptly, Jemma Jackson knocking over the first of two early penalties, the second following on 10 mins. 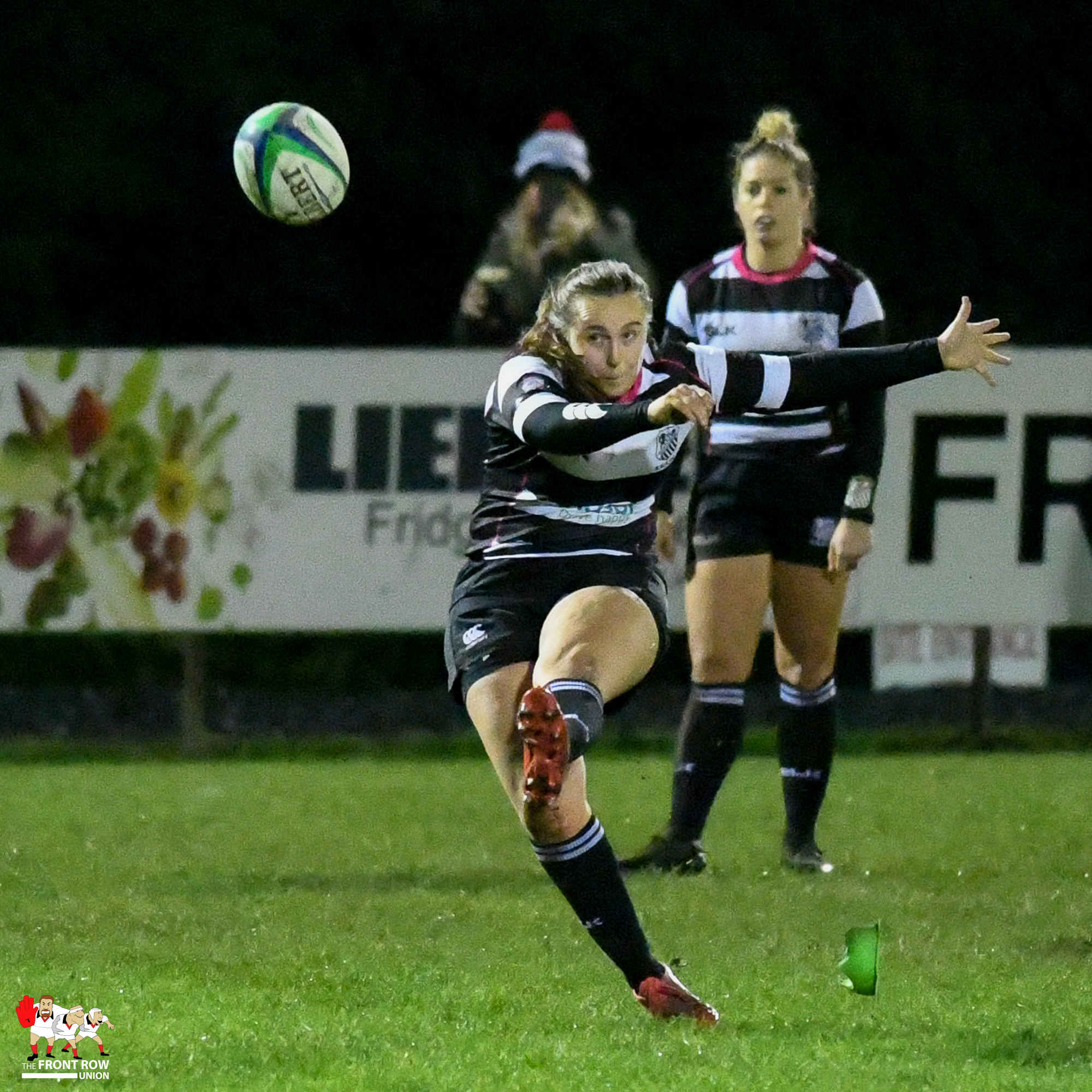 When Vic O’Mahony powered over for Jackson to convert for a 13-0 lead to the visitors in the 13th minute, it looked like Rock were in for a very long afternoon.

The physical nature of the contest was taking its toll, Ali Coleman departing after a knock to the head.

A lovely break out of the Belvo 22 by Sene Naoupu looked like it had set up Fiona Tuite to score down the left but the Rock defence scrambled well and the ball was turned over in the next phase. To their credit, Rock stemmed the flow of points and actually finished the first half the stronger, Hannah O’Connor going close but not quite crossing the whitewash. 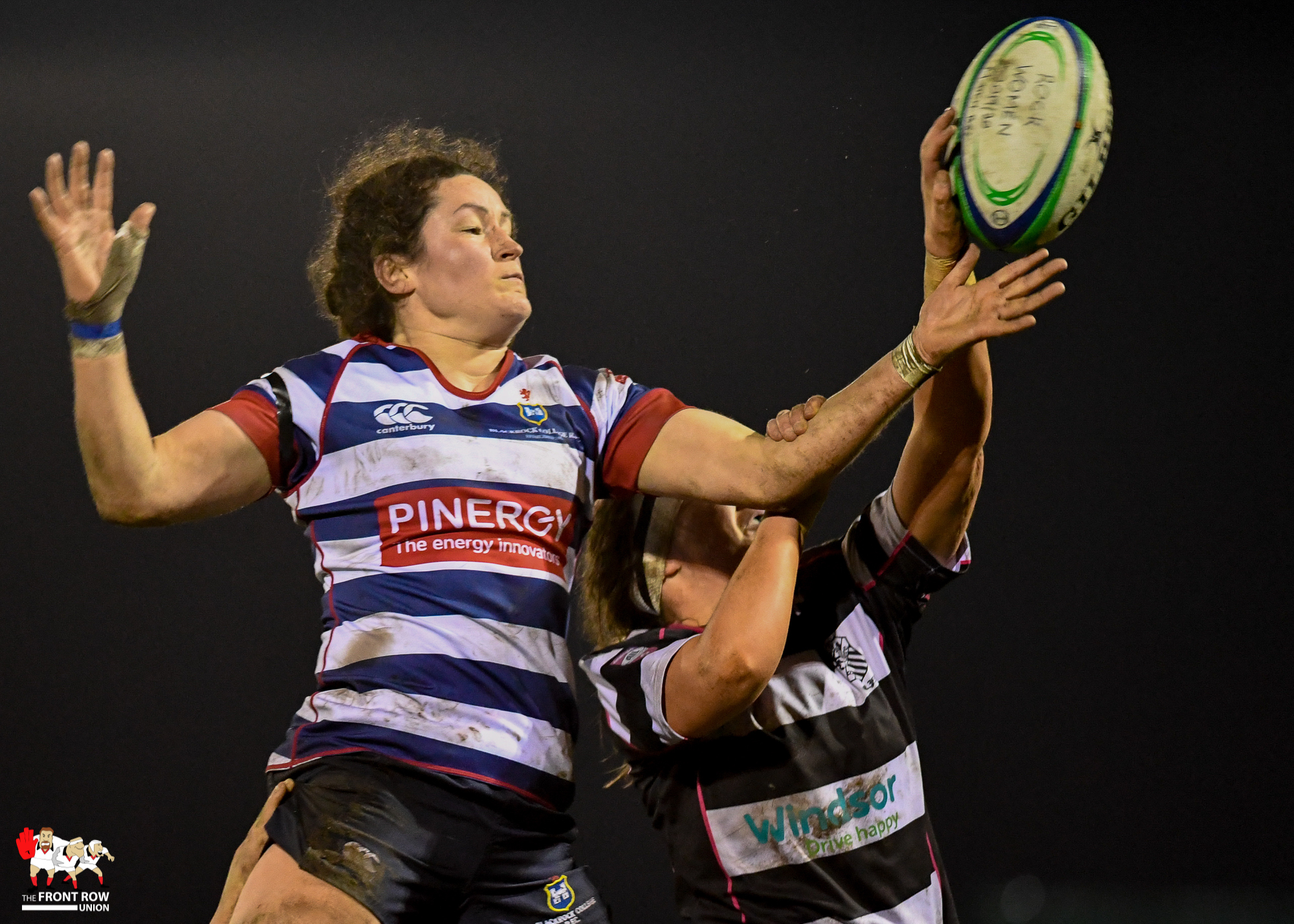 Hannah O’ Connor went close towards the end of the first half.

Rock started the second half where they left off but the game turned decisively in the 45th minute when turnover ball led to Elise O’Byrne White scorching over to open up an 18-0 lead and Belvo were never in any real danger from that point on.

The Rock scrum aquitted itself well, forcing several penalties, but a failure to find touch and secure lineout ball when touch was found stymied the home side on a number of occasions. They got themselves on the board on 55 mins when O’Connor sent over a penalty following a series of infringements as the visitors struggled to cope with the hard running of O’Connor and the very impressive Judy Bobbett. 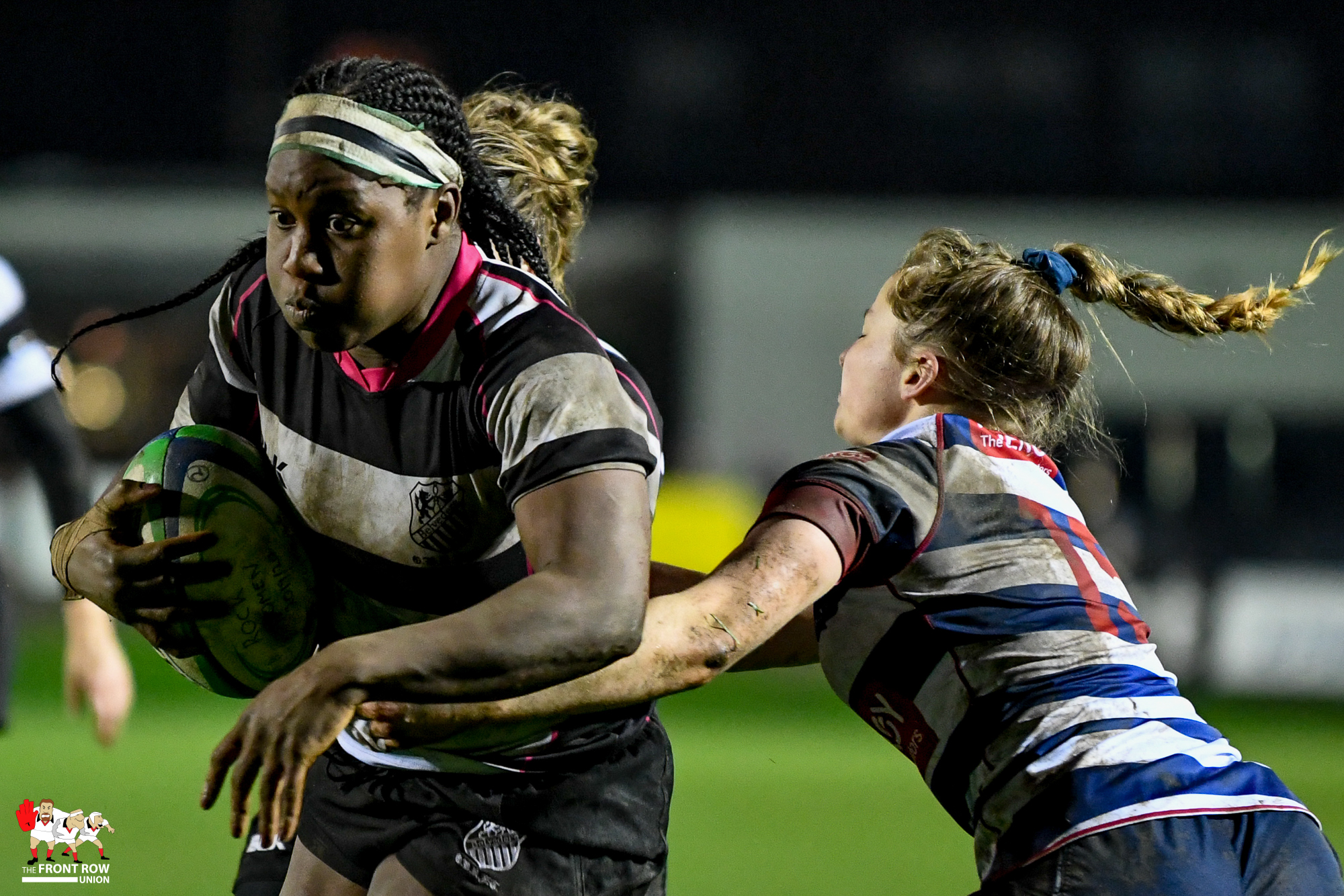 Linda Djougang showed good strength to force her way over on 72 mins for a third Belvo try but it was Rock who had the final say as Caoimhe Molloy capped another solid display with a try with the clock well into the red.