A big game from Lauren Maginnes (pictured after scoring against Westport) could tip this match in Malone's favour.
Club Women

By Editor on April 26, 2019 0 Comments
A big game from Lauren Maginnes (pictured after scoring against Westport) could tip this match in Malone's favour.
CLUB WOMEN ADVERTS

Leinster side Suttonians qualified for the playoffs after a hugely successful season in their Provincial League, picking up a maximum of 70 points from their fourteen games.  They went on to beat fellow top four sides Railway Union J1’s and Tullow in the playoffs to qualify as the top Junior side in Leinster. 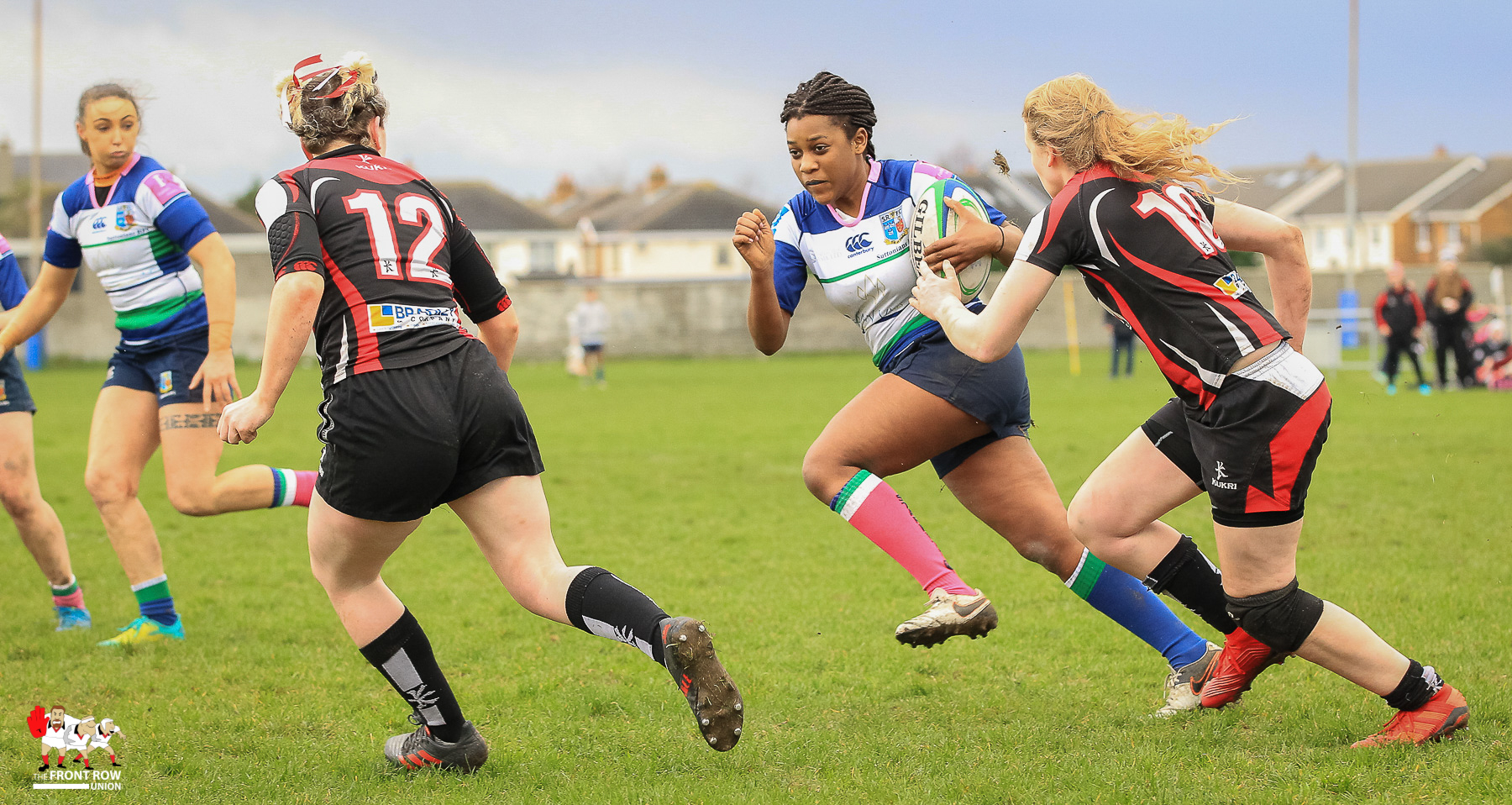 They recorded a substantial 47 – 11 win against, Munster Champions, Shannon two weeks ago in the AIL Promotion Semifinal  and they go into this final as favourites having progressed to the semifinals of the AIL Cup at the expense of AIL sides Cooke and St Mary’s.

However, Malone have had a pretty impressive season as well. The Belfast side also completed a clean sweep in their Provincial League and completed their provincial double for the second successive season when they picked up the Junior Cup last weekend, rubber stamping their status as the top Junior side in Ulster.

Malone went on to record a solid 27 – 7 away win at, Connacht Champions, Westport in their AIL Promotion Semifinal but they had, previous, narrow losses to Tullow in the AIL Cup (losing out to first try scored in a drawn game at Tullow) and then Tralee in the AIL Shield competition.

We’ve made Suttonians favourites as they have had more competitive games than Malone throughout the season and those games have generally been at a higher standard. However Malone have progressed rapidly in the last few months, as they got those AIL knockout games under thier belt, and they are now a much stronger team than they were six to eight weeks ago.

The return to competitive action of Neve Jones, to a rapidly improving side, has also been an added bonus for the Ulster team and, there is an up side to their less competitive season, in that senior players Lauren Maginnes and Peita McAlister are still fresh and raring to go. Both having excellent games against Westport and City of Derry in recent weeks.

So we have the battle hardened Suttonians up against the fresher Malone with a place in next season’s AIL to play for. Who is going to win?

Leaving aside our Ulster bias you still have to go with Suttonians finishing on top but there are ways I can see Malone winning. If the Ulster side can start strongly and stay with Suttonians for the first 60 minutes I can see them coming out on top. It’s one of those games where the first 20 minutes is going to be vital.

It should be a cracker. #SUFTUW