The Energia AIL Women’s competition resumed last weekend with a full set of fixtures competed despite the incessant rain the last few weeks.

We got photographers to two of the games and you can view their work by clicking the links below.

This round also threw up a meeting between the two newly promoted teams, Suttonians and Malone, with TRIBE winning this one after the Red Sox’s ran out of steam in the second half. Suttonians move up one to fifth. 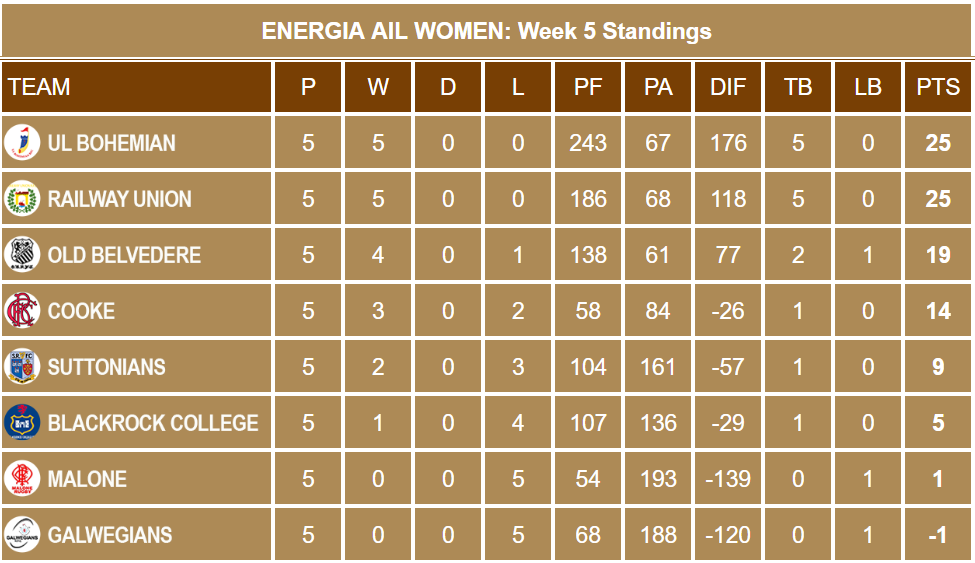 There were 207 points scored in Week 5. the points came from 32 tries, 16 conversions (50% conversion rate) and 5 penalties. UL Bohemian were the leading scorers scoring 8 tries against Cooke, Suttonians were next in line crossing for 7 tries in their first bonus point win.

Suttonians and UL Bohemian account for five of the seven leading scorers this week with TRIBE’s Maeve O’Brien, Greer Muir, and Molly Fitzgerald all crossing for a brace as did Boh’s Eimear Considine and Stephanie Nunan. 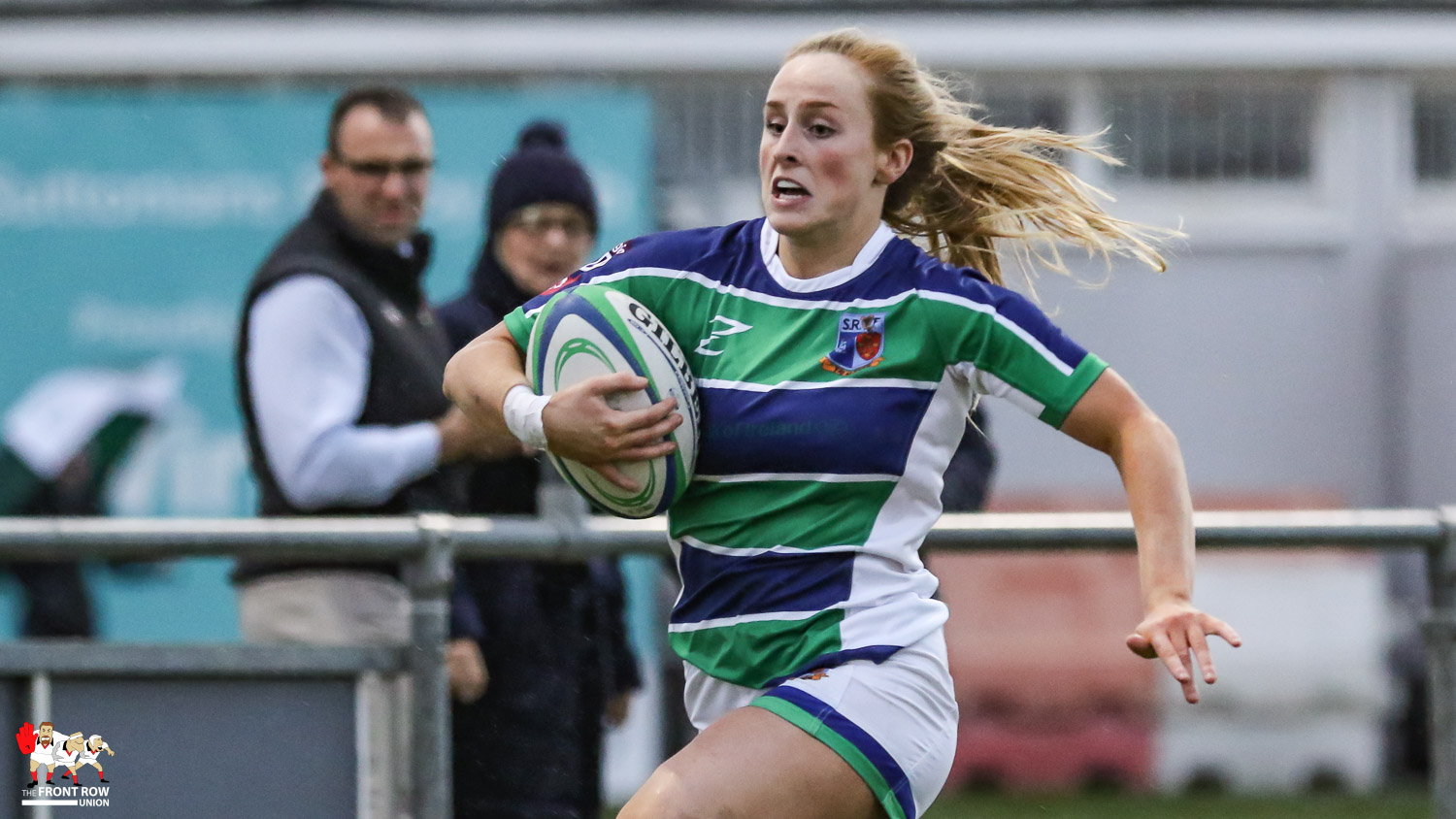 Suttonians Maeve O’Brien bounces back into the top six in our leading scorers table.

In the Leading Scorers Table Boh’s Chloe Pearse stays ahead of the chasing pack  with her try over the weekend and Sutt’s Maeve O’Brien bounces back into the top six with her brace against Malone. 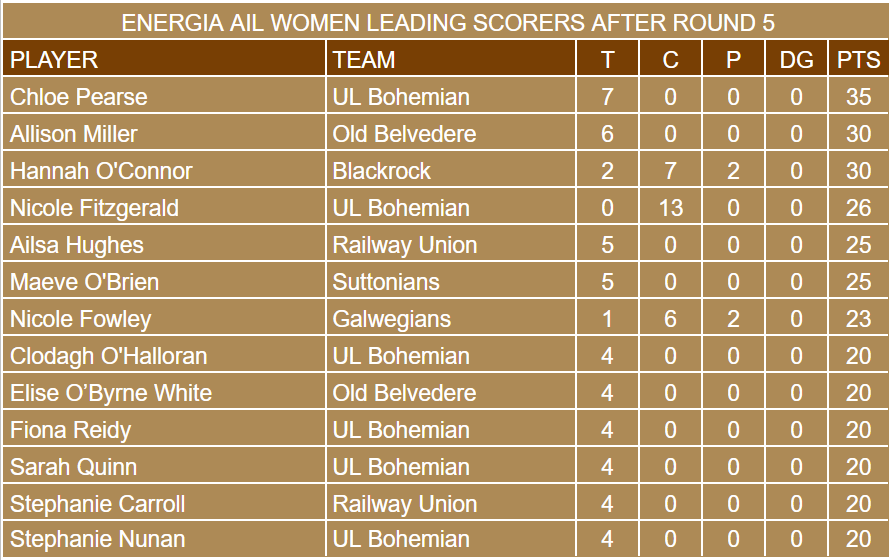 There was a full set of Player’s Player nominations in Week 5.  The players nominated by their opponents as follows.

Congratulations to all the players nominated. We’ll show you the standings in this category after Week 6.