It was a clash of the top two at Park Avenue last night and it saw visitors UL Bohemian come away with a 4-try bonus-point win which allowed them to consolidate their position as league leaders, opening up a 5-point lead over hosts Railway Union.

UL were out of the blocks quickly and Railway found themselves on the back foot for much of the opening period. A rare early opportunity for the home side went begging when, having forced a penalty in the UL 22, they failed to secure lineout ball and the chance was gone.

Hooker Lisa Callan showed some nice feet to bust the UL line and release left-wing Amanda McQuade but the move came to nothing with the referee deciding that the support was guilty of coming in from the side.

The first score of the game came just shy of the half hour when UL secured the lineout and drove for the line following one of a several penalties, lock Ciara O’Halloran going over in the corner. 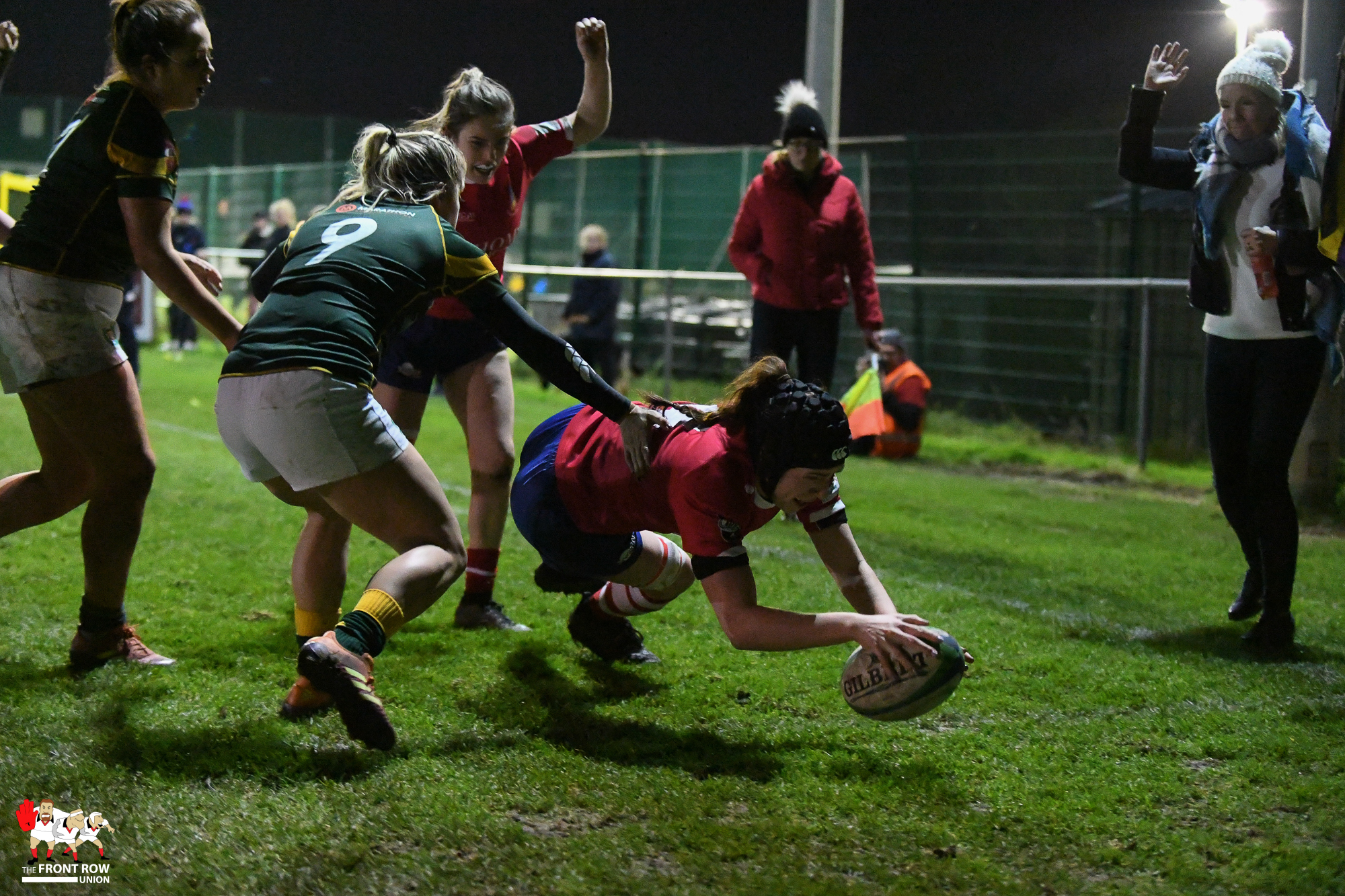 UL Bohemian go over in the corner at Park Avenue.

Railway hit back off turnover ball through Larissa Muldoon soon after to level things at 5-5 but the powerful UL pack were causing the home side no little trouble and, with Muldoon in the bin, Chloe Pearse powered over for the visitor’s second score to see them to a 12-5 halftime lead.

UL’s third came courtesy of the ever-impressive Eimear Considine but a much-improved Railway pulled another one back when McQuaid dived over in the corner following some nice hands from the home side’s back line. 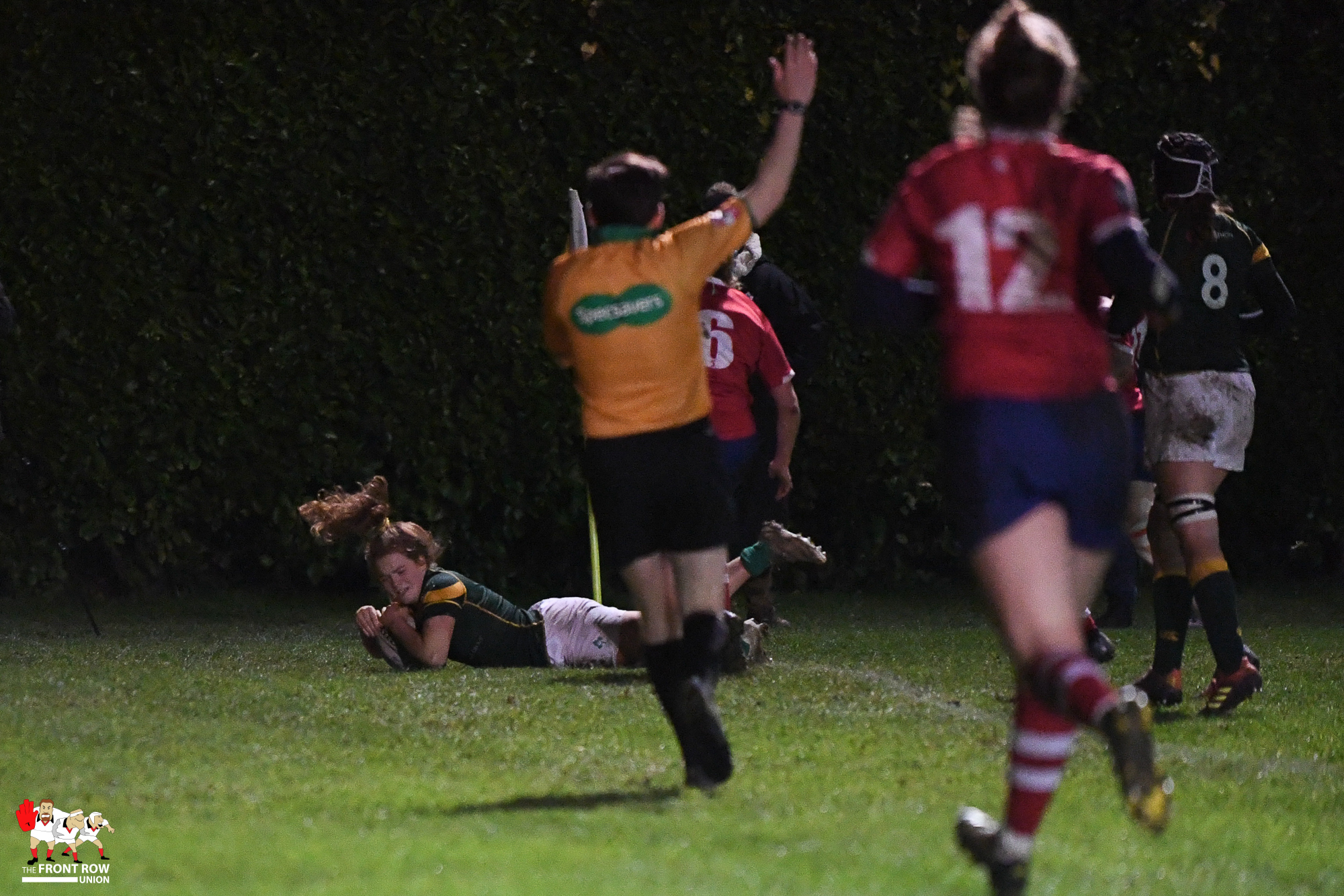 Amanda McQuade pulls one back for Railway.

As the game ebbed and flowed, the bonus-point try came courtesy of Sarah Quin as another powerful rumble from the UL pack saw her cross the whitewash to make the score 24-10 in favour of the visitors.

On the evidence of this game, UL look to be strong favourites to retain their title but Railway can take heart in their improved second-half performance and will surely be in the mix come the playoffs.

A shout out to former St Mary’s stalwart Aoife Moore who is now getting regular pitch time at Park Avenue and we wish her well with her new club.