A hat trick from Aaron Cairns saw Ballynahinch pull clear to record a 38 – 27 win against a resilient Queen’s University in the first round of the Ulster Senior Cup at Ballymacarn Park on Saturday afternoon.

Due to an overrunning first game of the day and crappy traffic in Belfast I was a little late for this one. Hinch were leading 7 – 0, on my arrival, thanks to an early score from George Pringle, converted by Sean O’Hagan.

The home side were applying pressure in the Queen’s half  as I arrived but the students broke from inside their own 22 for their impressive No. 8 Andrew McGrath to run behind the posts for a well worked try.

Richie McMaster converted and minutes later he added a penalty to give Queen’s a 7 – 10 lead.  The students looked to have their hosts number as they enjoyed a purple patch mid way through the first half with fullback Michael Orr crossing out wide with another well worked try to push the score along to 7 – 15 in their favour.

However, a late salvo from Hinch saw Cairns go over under the posts before captain John Donnan crashed over in the same area,  after being teed up by his second row partner James Simpson. O’Hagan converted both to give Hinch a 21 – 15 lead at the break. 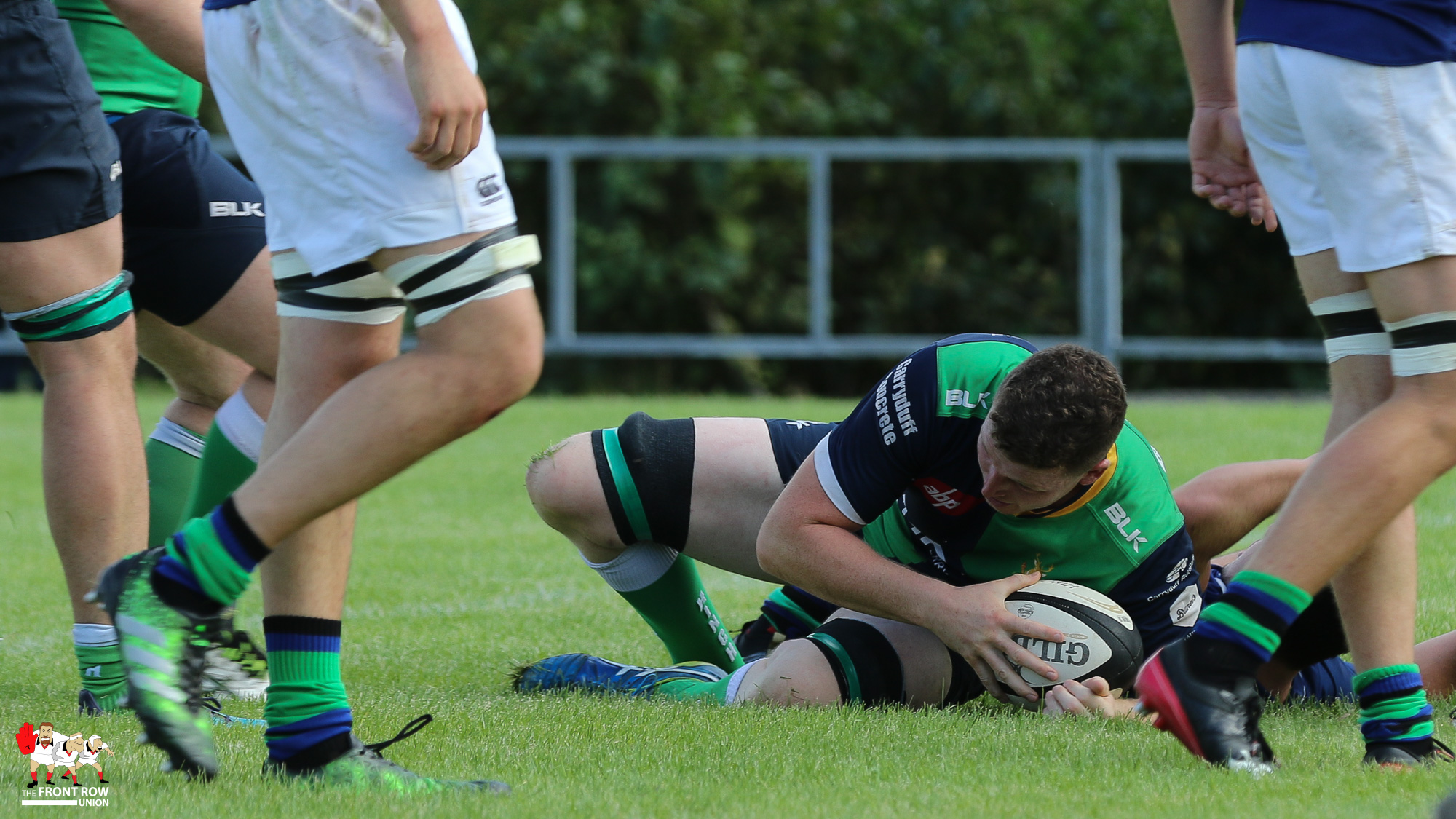 Captain John Donnan scores for Hinch to give them a 21 – 15 lead at the break.

The second half rattled along in a similar vein as the first with Queen’s working another score out wide. This time centre Robbie Johnston dotting down for McMaster to land the difficult conversion to see the students inch ahead 21 – 22.

Robbie Johnston heads for the line for Queen’s third score of the afternoon. .

Hinch were back in front minutes later with O’Hagan landing a penalty to push the score to 24 – 22 and when Cairns nipped over for his second try, after a quick tap, the home team managed to put two scores between the teams for the first time as O’Hagan added the extras.

The students gave it a go, and a period of sustained pressure ended with Falemaka Vave crossing on the left, after the defence had been drawn to the right. McMaster’s attempt, from out wide, came off the upright leaving the score at 31 – 27 in Hinch’s favour.

Queen’s went looking for the winning score, but it was Hinch’s turn to break from deep as Aaron Ferris combined with Cairns for the latter to scamper up the left wing to complete his hat trick and seal the game. 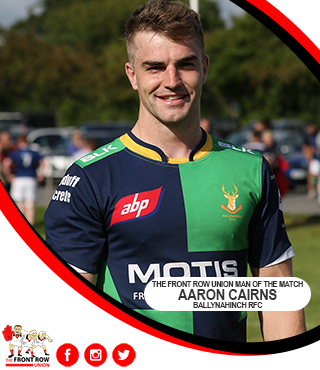 O’Hagan competed a fine afternoon from the tee, by landing the conversion from out wide, to give Hinch a 38 – 27 win and progression to the second round of the Ulster Senior Cup.

Stacks of pictures below.