Belfast Harlequins pull off a last gasp win against Dungannon in the Ulster Junior Cup on Sunday afternoon.
2019-20

By Editor on January 6, 2020 0 Comments
Belfast Harlequins pull off a last gasp win against Dungannon in the Ulster Junior Cup on Sunday afternoon.
CLUB WOMEN ADVERTS

Report and pictures Bob Given Photography

The 1st half was a stop/start affair with neither team able to dominate and because of a plethora of injury stoppages it lasted 55 minutes. 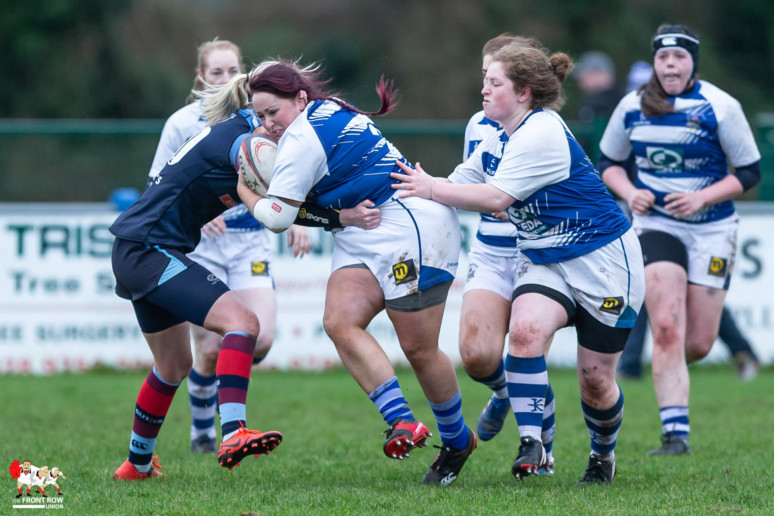 Dungannon on the charge in the first half.

Dungannon took the lead after 19 minutes, when after a series of forward drives, Sandra Anderson scored. Kirsty Hawkes added the conversion and Dungannon lead 7 – 0.

On the stroke of half time Harlequins equalized when Lesley Winder scored midway out and Melissa Traynor kicked the conversion to leave the teams level at 7 – 7.

If the 1st half was stop/start then the 2nd half was full on.

Within 2 minutes Dungannon had regained the lead after a flowing move allowed Julie Anne Garvey in at the corner for an unconverted try. 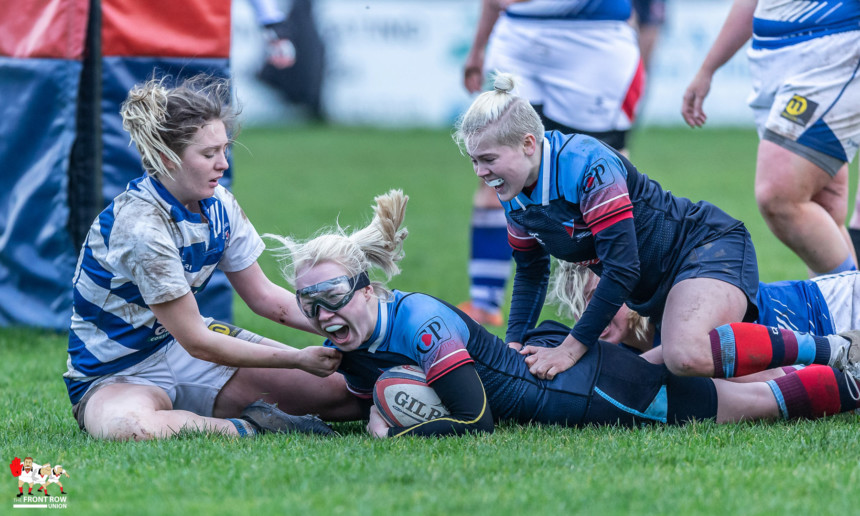 Melissa Traynor goes over for Quins

Harlequins hit back and, after pressure, Traynor wriggled over for a try beside the posts. Stacey Bryce converted to give Harlequins a 14 – 12 lead.

Play moved between the ‘22s’ with neither team gaining the upper hand until Dungannon retook the lead with an unconverted try by Stephanie Lynch on 25 minutes.

It seemed Dungannon had done enough, until in the final move of the game Nuala McKeown rumbled over for a Harlequins try to give Quins a 19 – 17 win.