Strabane RFC record an important away victory in Championship 3 with a win against Holywood RFC at Kerr Park on Saturday afternoon.
Club Men

By Editor on September 30, 2019 0 Comments
Strabane RFC record an important away victory in Championship 3 with a win against Holywood RFC at Kerr Park on Saturday afternoon.
CLUB MEN ADVERTS

Holywood and Strabane went head to head on Saturday afternoon in this Ulster rugby Championship D3 match with Strabane coming out on top 14 – 24 despite the visitors receiving two yellow cards and a red.

Holywood started strongly but failed to take advantage of their early chances with centre Jordi De’Pledge unlucky to see one of his penalty attempts bounce back off the uprights.

Strabane slowly began to work their way back into the game with their forwards delivering two tries through their athletic No 8 Seb Thorgerson who created havoc throughout the game. Matthew Wildon converted both of Thorgerson’s close range efforts to give Strabane a 0 – 14 lead at the break. 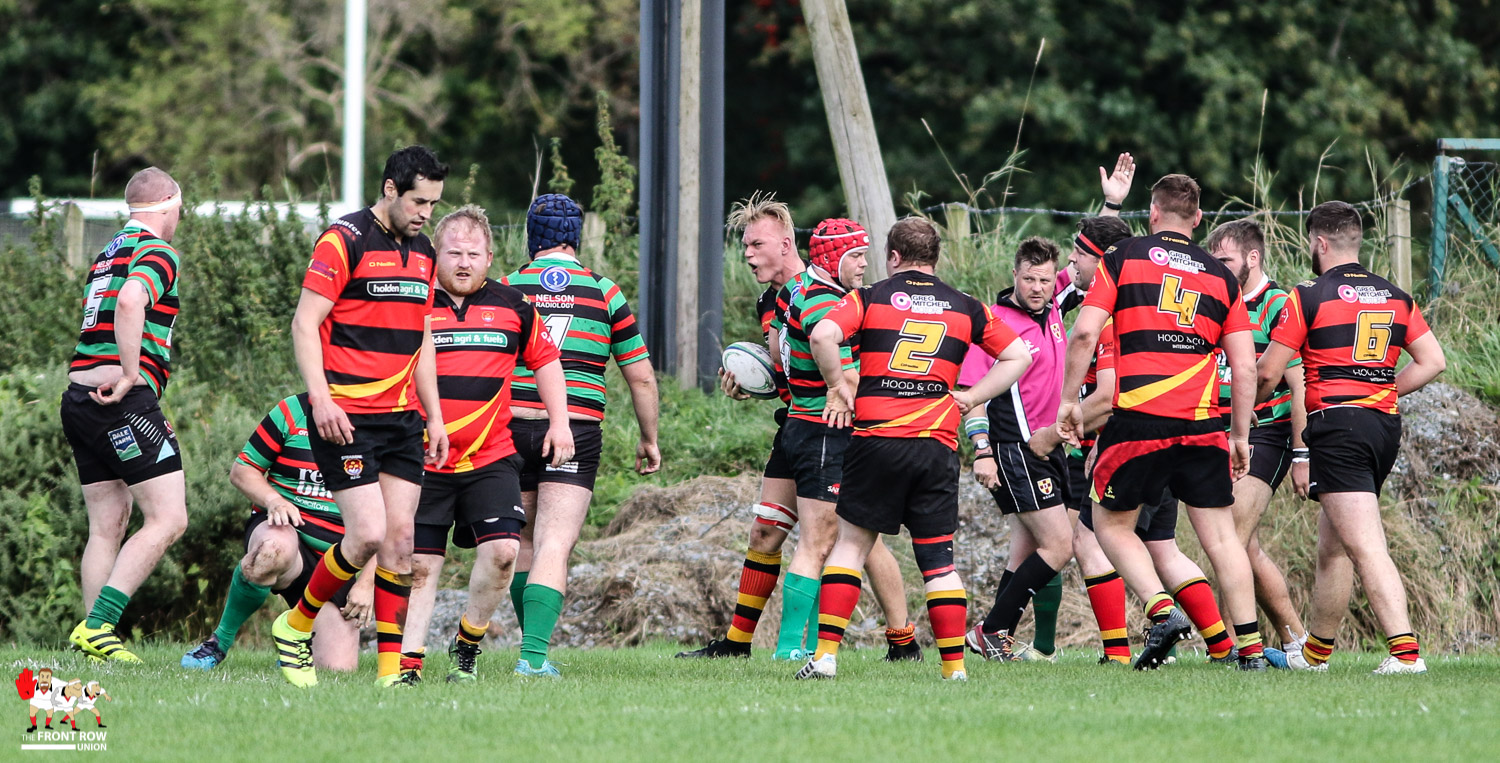 The home team upped their game at the start of the second half and winger  Karl Hull sprinted clear to finish under the posts for De’Pledge to convert, taking the score to 7 – 14. However Strabane came storming back and after a period of sustained pressure inside the Holywood 22 Matthew McCay found the line at the bottom of a heap of players, Wildon converting. 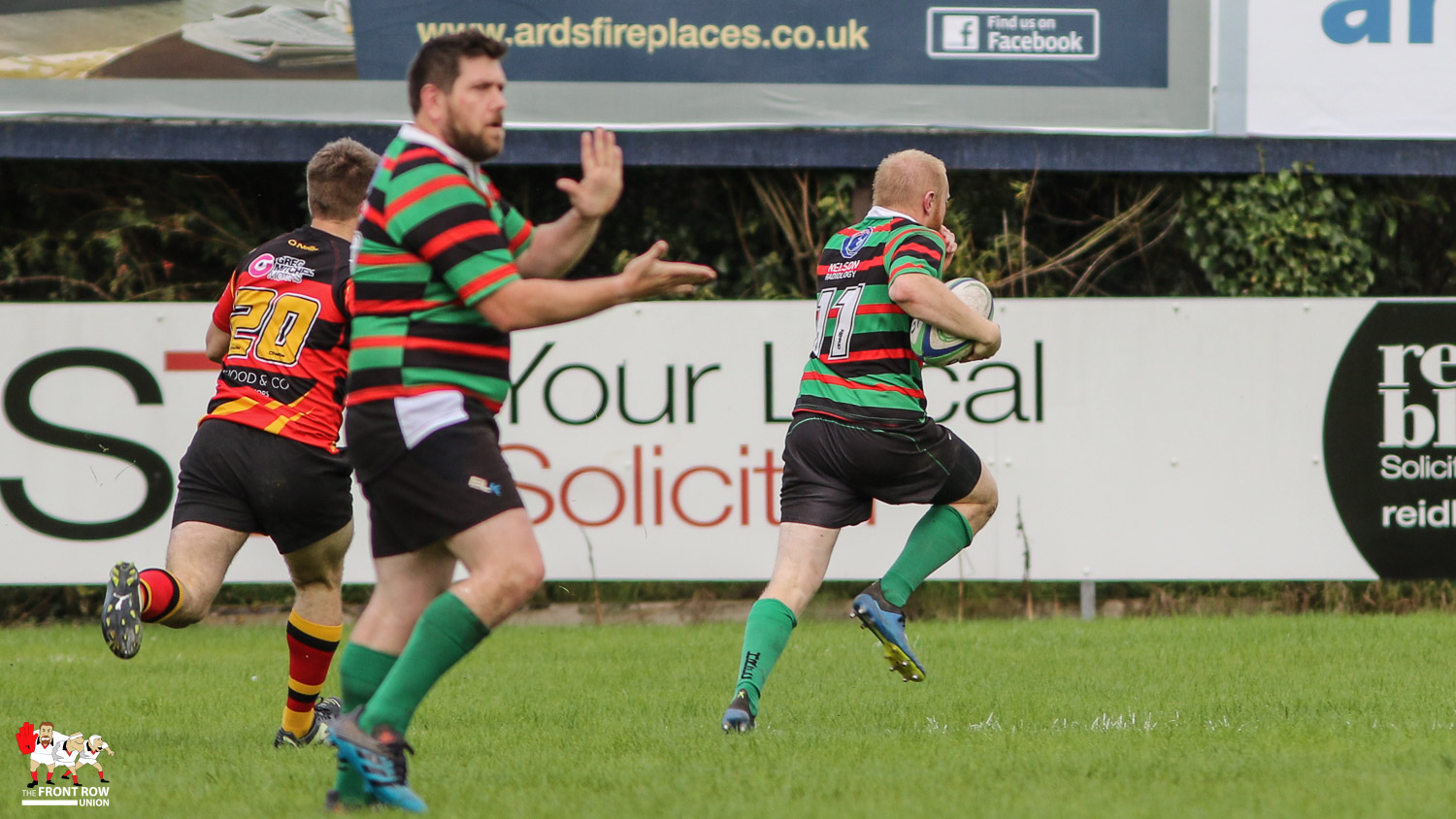 Holywood’s Karl Hull heads for the line to his teammates delight.

In a frenetic third quarter Holywood hit back and Strabane pushed the self destruct button with two players yellow carded as Holywood took advantage with a penalty try to pull the score back to 14 – 21.

The home side really should have pushed on in this period but Strabane looked the more hungry of the teams and their scrambling defence stopped them shipping any more before their players returned.

A more sedate final quarter ensued with a late penalty from Strabane’s Wildon opening up a ten point gap which they were able to defend despite Strabane receiving a red card for a 2nd card-able offence.