A competitive first half from Malone petered out as Railway pulled clear in the second.
Club Members

By Editor on October 31, 2019 0 Comments
A competitive first half from Malone petered out as Railway pulled clear in the second.
CLUB WOMEN ADVERTS

It’s turning in to quite an interesting season in Irish Women’s Rugby.

As part of our Club Members Spotlight  we caught up with Railway Union’s Director of Rugby, John Cronin to find out their ambitions for the coming season.

Interesting comments on the women’s game from a top level coach.

What’s the playing philosophy at Railway?

We believe there are significant differences between the women’s game and the men’s game that need to be factored into the technical, tactical and physical aspects of how we train and play. Factors like size, the relative differential between pass pace and player pace, kicking length and height, etc.

This means players can play a wider variety of positions, as size is not a factor. It means if we are disciplined about maintaining space and our skills are good, there is more space to exploit than in men’s rugby. It means if we can’t do Conor Murray-style 25m four-second-hang-time box kicks, then we need different tactical strategies to gain territory.

It’s like men’s and women’s tennis. Men’s tennis is all about power and surviving the serve, women’s tennis is skill and tactics. As the skill-sets increase in women’s rugby, the game will evolve similarly. I think we’ll see more ball-in-play time also.

At Railway, we place a premium on having excellent core skills, being strong and being fit. 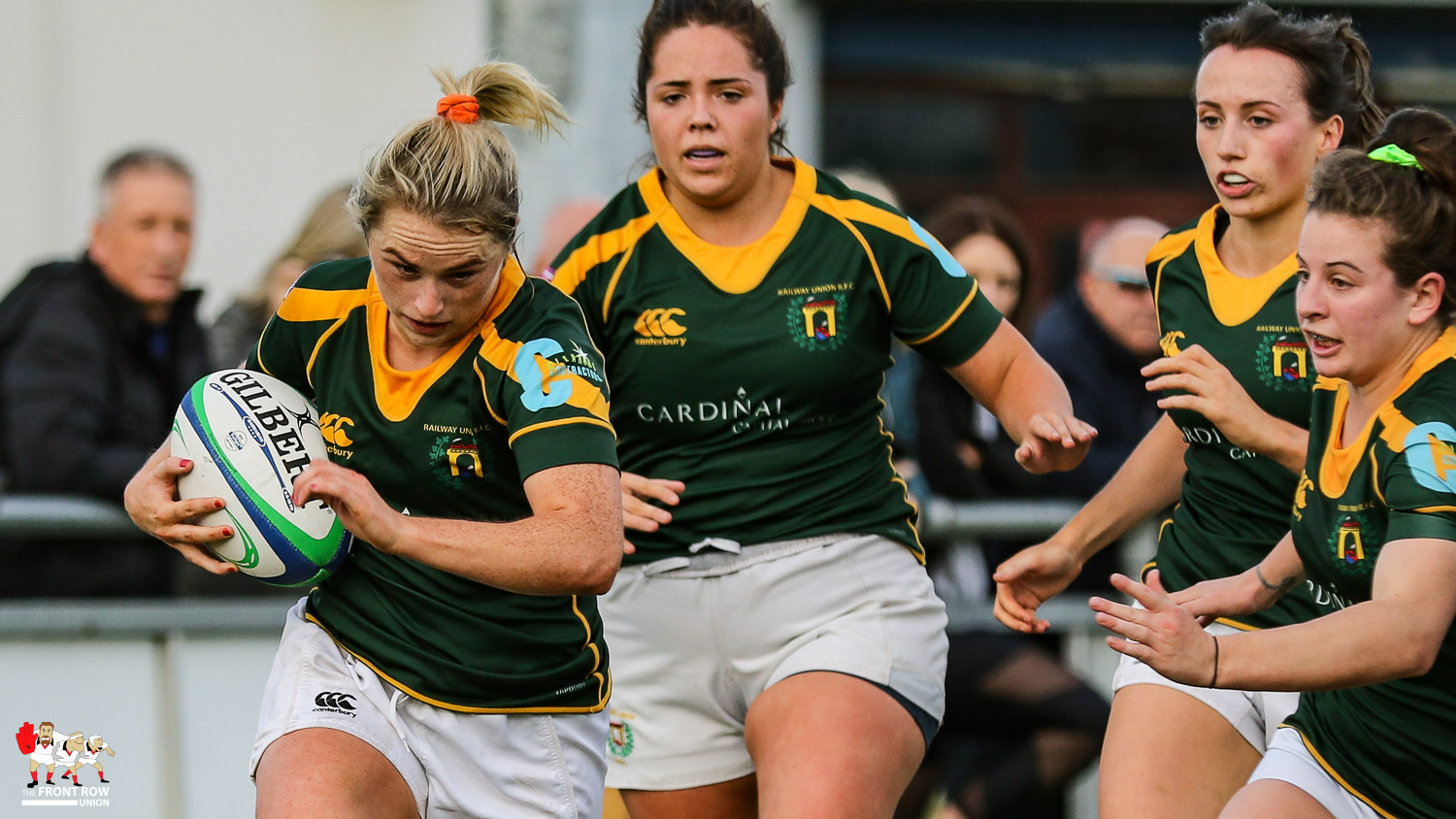 The players buy into this and we’ve said as a group that we want to win the league playing a brand of rugby that hasn’t been played in Ireland before. This based on high speed, high tempo, high skill, and good decision making.

Of course, you need a high degree of fitness to do that.

How does that translate to training?

The ironic thing is we don’t do traditional fitness at training. Everything we do is with a ball and we say to players that our job is coach rugby, not get them fit. Fitness is their responsibility and is something that happens outside rugby training.

We spend a lot of time perfecting core skills, either as a group or before training in one-on-ones or mini-groups. We play a lot of full 15-a-side games at training. There’s a lot of focus on seeing what is on, making good decisions and the technical execution. 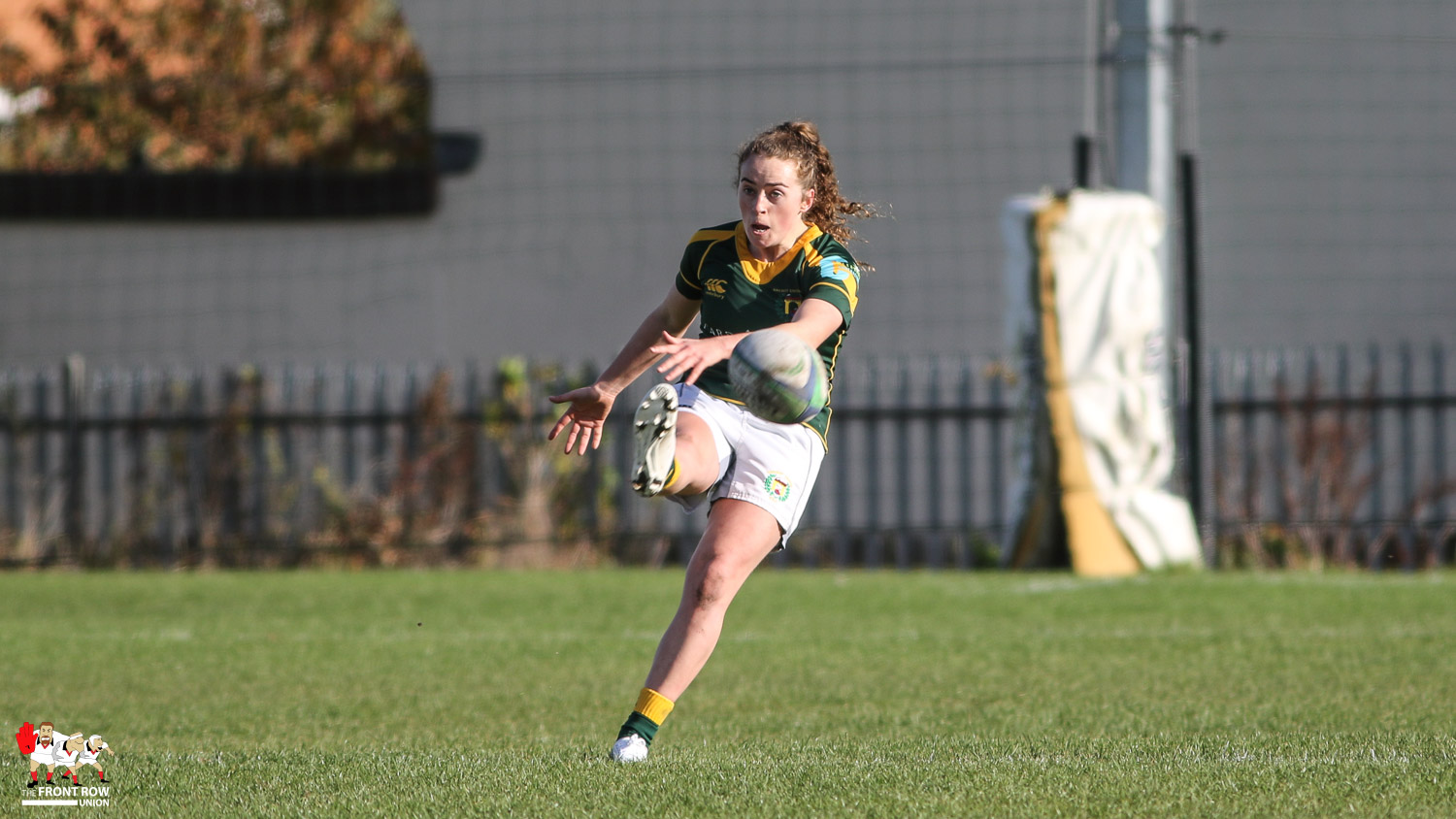 Decisions start with the first kick of the ball.

We’ve a great coaching team with Andy, Blaise and Jude and we’ve been together quite a few years. That continuity is important for player development, as we can see a pathway that’s longer than just the current season. We are also conscious of keeping it fresh, so we spend time in different environments during the off-season to keep developing. Blaise is working to his Stage 4 course next summer too.

We installed a state-of-the-art S&C facility in the off-season, which now allows the players to do their S&C together. Jamie Martin Grace is Head of S&C and the players do two S&C sessions and one conditioning session a week with Jamie. 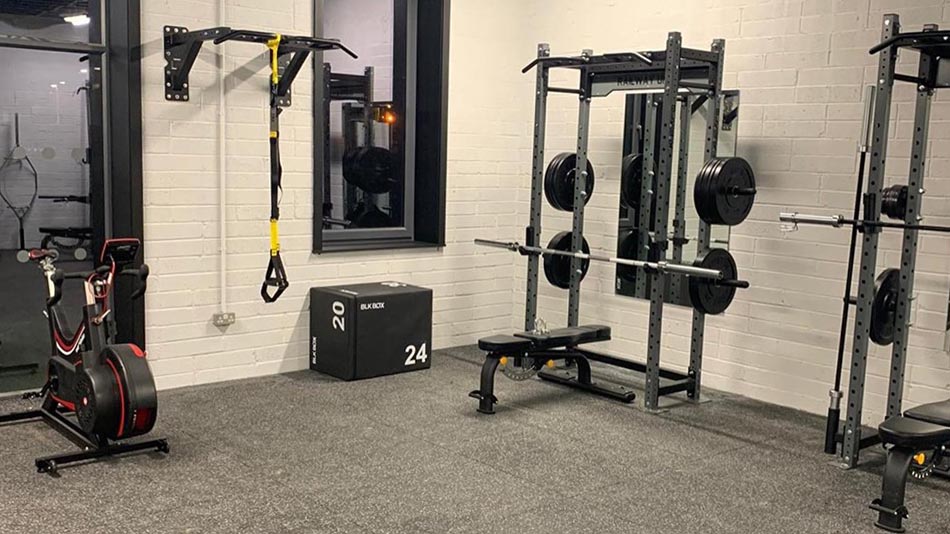 Professor John Ryan is our Head of Player Welfare. Darren Hickey, who is also working with Leinster senior men, and Eoghan O’Sullivan are our physios. They do a lot of functional work with the players.

Shirley Corcoran has graduated to video analyst and we do our analysis of games using Hudl & Sportscode. This is particularly effective for one-on-one feedback with players.

I was really happy with last week against Malone. We had seventeen changes from the squad that won the AIL final in April but we kept our standards and I was pretty happy with that. With retirements, injuries and international commitments, it’s a younger side this season. There are also more places up for grabs, we’ve used thirty-two players in the first three league games.

We’ve recruited reasonably well. We’ve picked up a few from the collapse of St Marys, have some good players coming off the age-grade and a few crossover athletes of potential. We’ve also have had some very promising athletes join from the lower leagues.

We’d hope to pick up a few more now that the colleges are back.

The key is how coach-able they are and how quick we can develop them to challenge for a spot at the higher levels. I’m not sure people always appreciate the time it takes to develop an athlete and the journey it involves.

It’ll be a different environment for a lot of them and they’ll have to get used to training most days, the 6.30 am S&C, self-analysis, video review, training at a higher intensity with better athletes, extra skills sessions and all the other bits they need to be doing. It’s not for everyone and some will drop off.

I would liken it to the first-year academy guys in the provinces – lots of potential, lots to learn and no-one is really sure who’ll make it or not. It might be one year, three years or never.

More importantly, our 2s have been developing well and have finished top 4 in Leinster League Division 1 for the last two years. Many of them have developed to a level where they are ready to push on. To keep the academy analogy, our 2s have quite a few players now in Year 3 and they are ready to challenge the seniors for places.

They remind of a 2s team we had in 2014 that had Lisa Callan, Katie O’Dwyer, Niamh Byrne and Meg Kendal on it and they all developed in subsequent years to play AIL and representative rugby at provincial and national level. 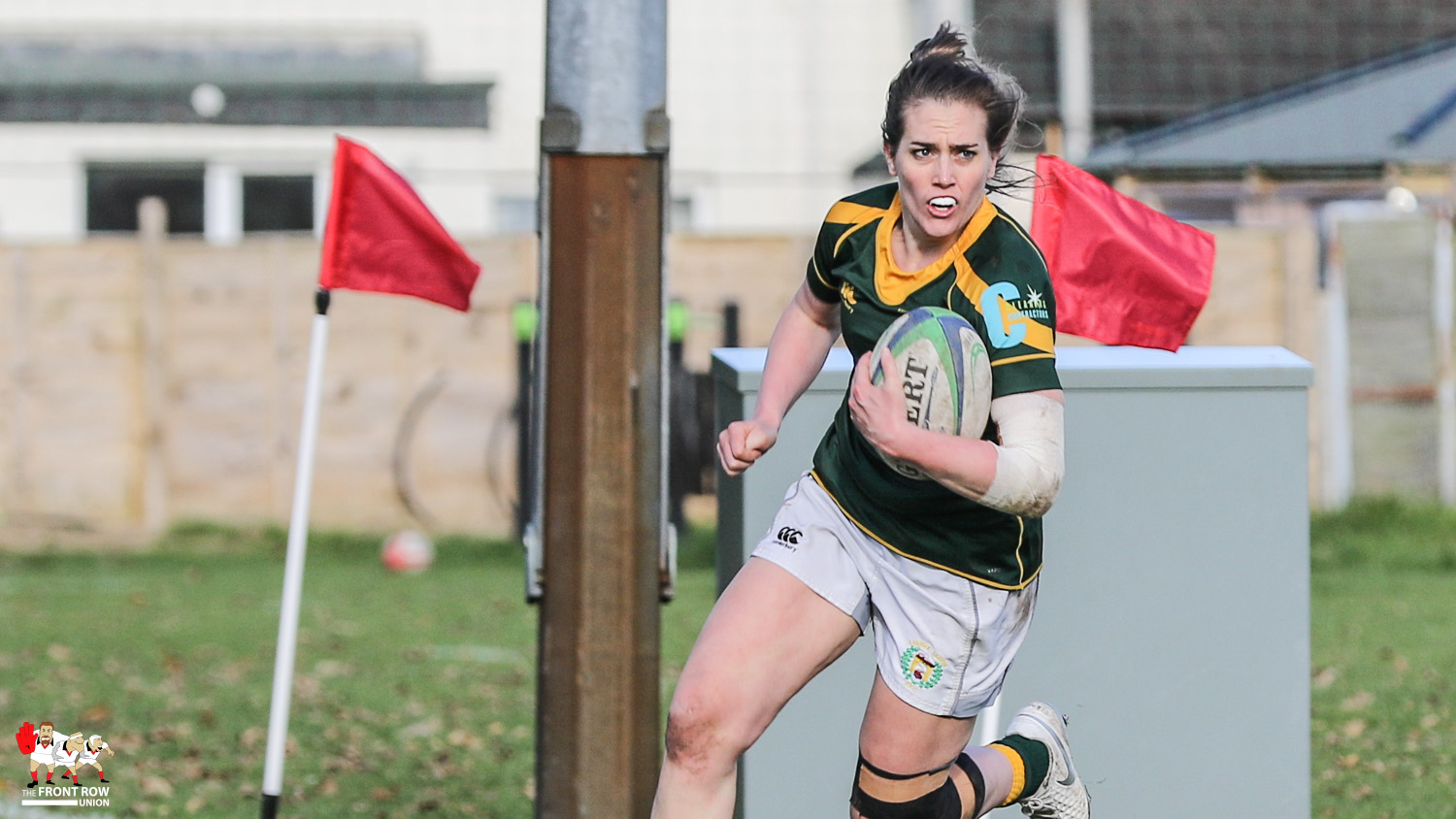 But there were athletes just as promising on that team who didn’t make it, so you just never know.

I think there’ll be a few names that wouldn’t be widely known outside Railway that will surprise and become a lot more familiar to people this year.

How will you cope with players away with Ireland?

It will be a challenging year with two extra legs on the World Series and Ireland trying to qualify for the 15s World Cup. It’s vitally important that we qualify, as to go from semi-finalists to hosts to not being there in just seven years would be unthinkable. 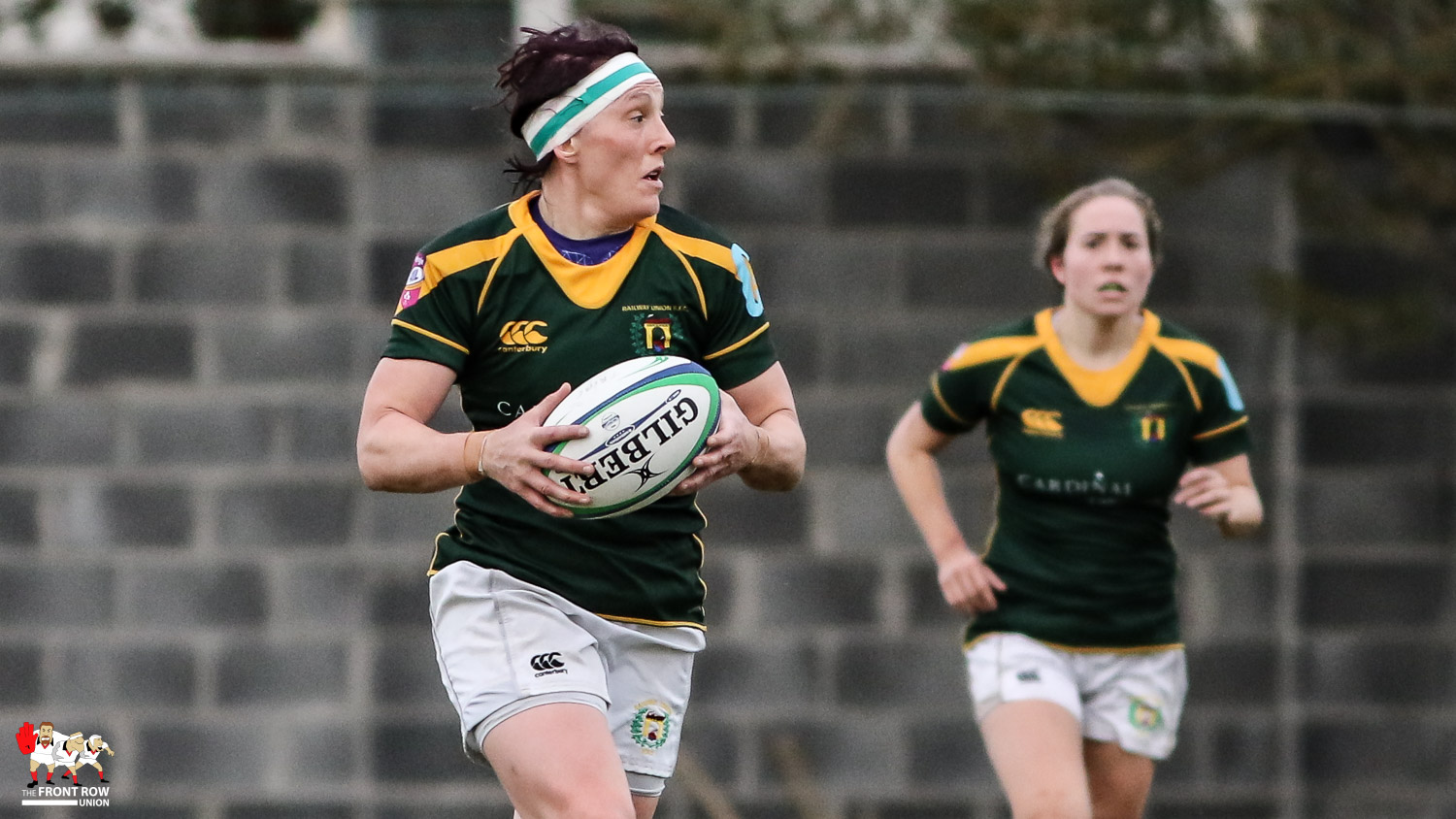 The players need to be managed to hit their peak for the September 2020 qualification tournament. We all have to row in behind that and it will hurt at club level at certain times but it’s only right and we have to give full support to Adam and his team.

This is a problem we want to have. We want our players playing with Ireland. We have some players up there already and others who have aspirations. It puts pressure on our squad but also gives opportunities to other players.

What games are you most looking forward to?

We are really looking forward to hosting Malone in Sandymount. It was our first time to Gibson Park and everyone was commenting after how brilliant Malone were on and off the pitch. They are a great addition to the league.

The usual big rivalries are always competitive and it’ll be interesting to see the challenge they bring.

Blackrock have recruited really well in the off-season. They signed a lot of really good young club players, who won’t necessarily be pulled into Ireland this year. This will give them continuity and I can see them taking some significant scalps. Niamh was a really smart player and I’ve no doubt she’ll be an equally smart coach.

The visit to Galwegians is a highlight too, as Seany is always good for a pack of the last of the season’s venison to take home!

If you would like the spotlight on your club or school then contact us about our Club Membership. 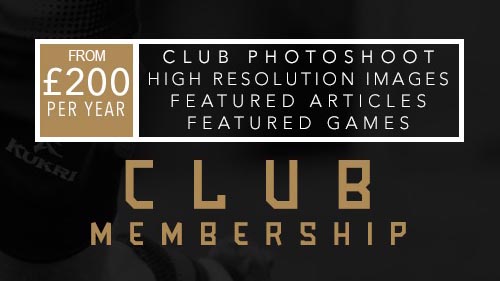