You are at:Home»Club»Club Men»Energia AIL 2A Queen’s University 20 Rainey OB 17.

By Editor on December 2, 2019 0 Comments
A dramatic last minute drop goal gives Queen's University the win against Rainey OB on the Energia AIL 2A match.
CLUB MEN ADVERTS
JOIN US

Queen’s University entertained Rainey OB on Saturday afternoon with both sides looking for a win to keep their promotion challenge on track.

Queen’s started brightly with a bustling run from Stuart McIlwaine through the Rainey midfield setting the tone, Rainey heeding the warning to work hard throughout the game on controlling territory and possession. 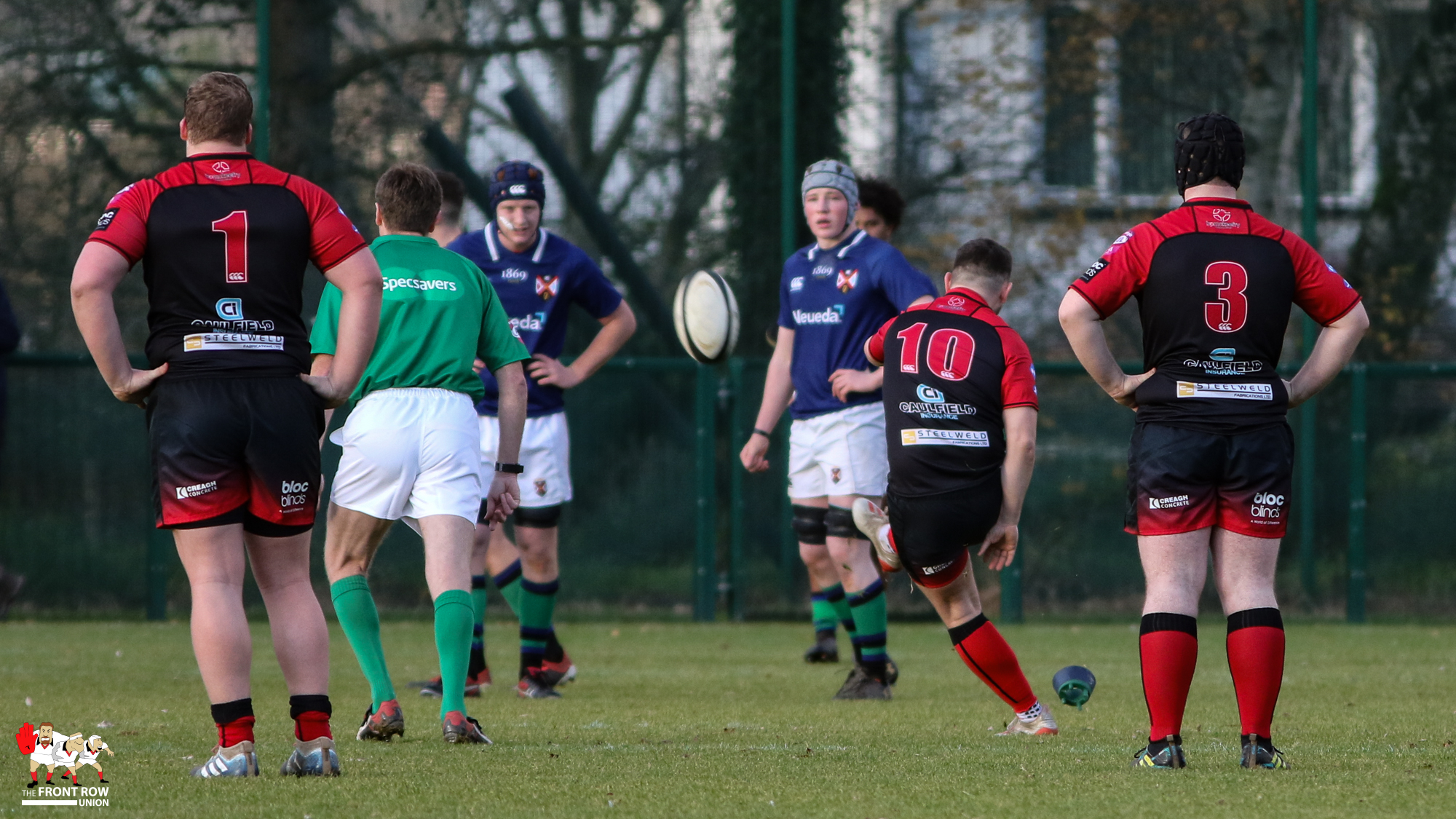 Rainey take an early lead with a penalty.

The visitors were largely successful and the took an early lead trough a fourth minute penalty as they enjoyed dominance in the scrum.

Despite living off scraps for most of the first quarter the students still proved dangerous in attack and they took the lead when Jonny Hunter slid over in the corner for an unconverted try.

Rainey turned to their dominant pack to respond and they duly obliged mid way through the second quarter with a penalty try after a catch and drive at the line out was brought down while the Rainey pack rumbled towards the line.

The Rainey pack are awarded a penalty try.

However a try from David Swann just before half time, converted by Richie McMaster, saw he teams turn round with Queens leading 12 – 10. 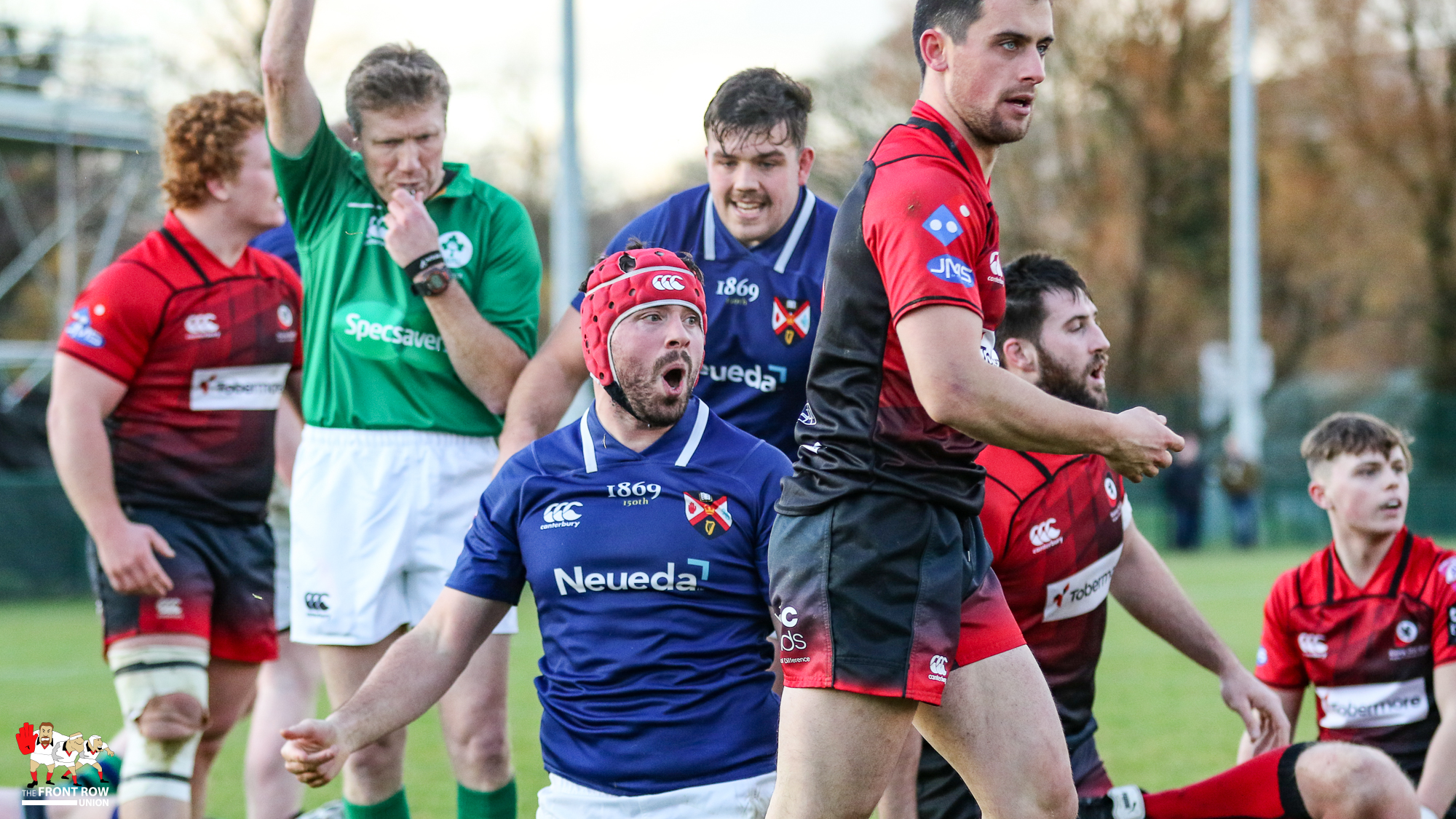 The home side knew they had to make the most of their chances and they caught Rainey on the back foot at the start of the second half as McMaster send a cross field kick over to captain David Whitten who only had to collect it and fall over the line. The conversion was missed but Queen’s led 17 – 10 with the second half less than 5 minutes old.

Rainey refused to panic and looked to their pack once again but some resolute defence and a few changes of personnel made it less of a potent weapon. Instead a nice break up the right by the Rainey back line brought some success as their centre crashed over for a converted try to tie the game at 17 – all with still a good 15 minutes left to play. 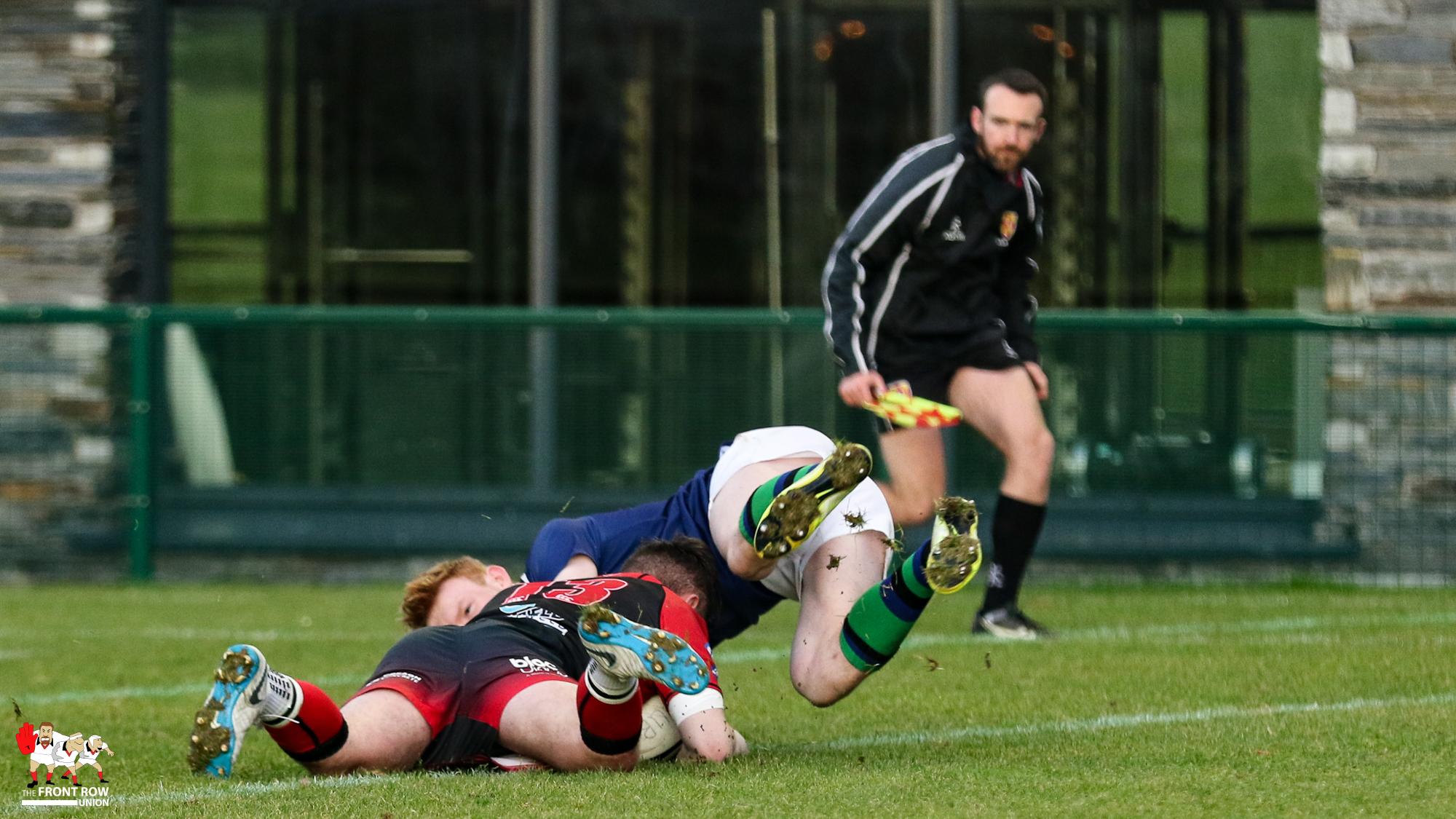 Rainey pull it back to 17 – all as their centre slides home.

Both teams continued to go at each other with some gusto and either side could have won this one.

However, I was never fully convinced that Rainey were happy to fully cut loose and a period of indecision in the Queen’s half gave the students one last chance. 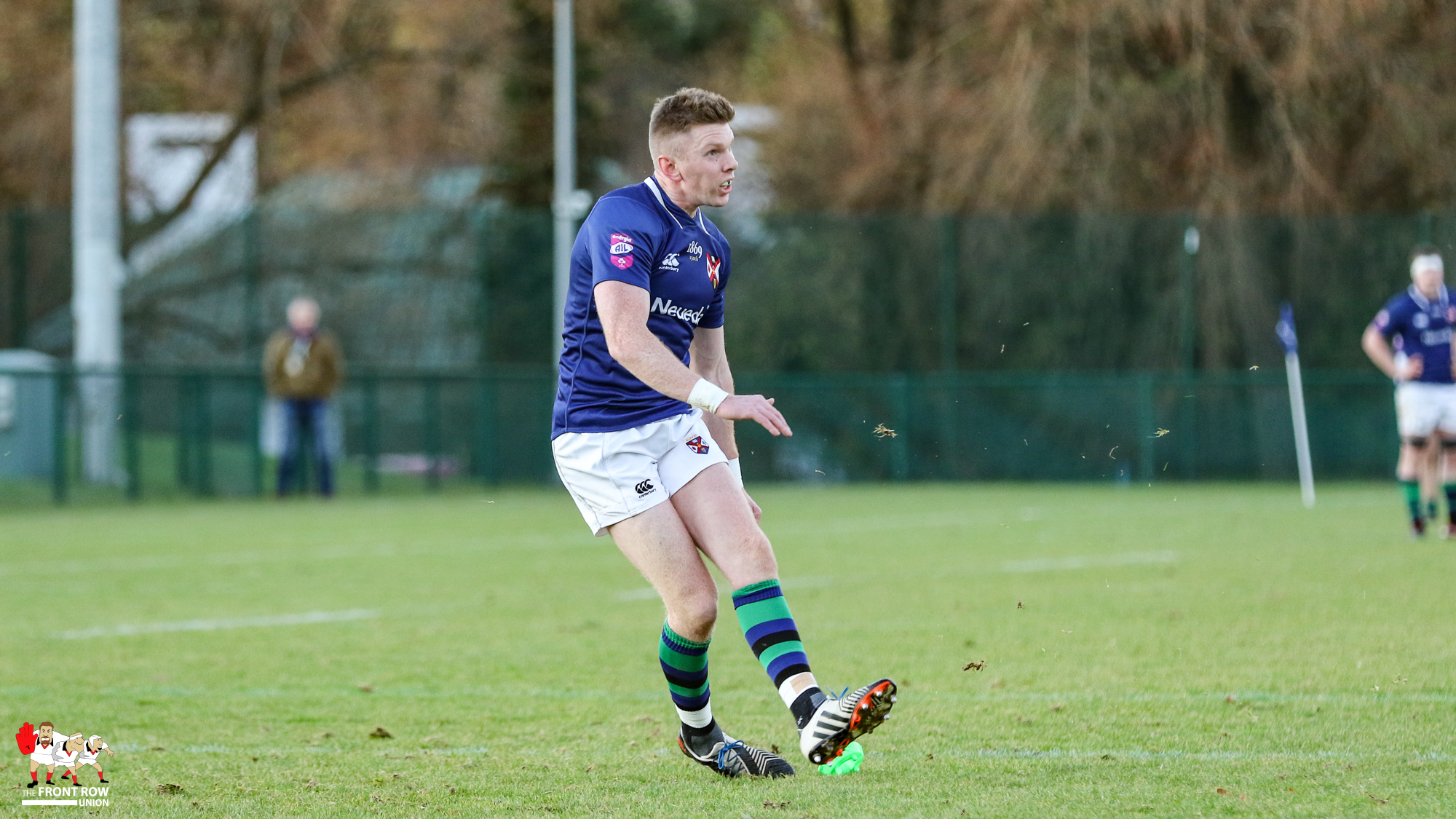 The hero of the hour, Richie McMaster slots over an earlier conversion.

The home side duly obliged with a couple of punches out wide before a jab up the middle allowed McMaster to land the knock out punch with a drop goal from the last kick of the game.