We caught up with the Ulster Development Squad on Friday evening down in Limerick as they took on their Munster counterparts.

The Development side is basically the U20’s plus a few others and it’s a series designed to give the Academy players a few extra matches. Unfortunately Connacht haven’t bought into it for some reason so it’s not a full inter-provincial series with only Ulster, Munster and Leinster involved. Ulster had beaten Leinster at Donnybrook a few weeks ago, so a win here would see them as tournament champs!

Munster fielded a comparatively strong side but they were all caught napping (as was I) when Ulster raced down the left wing to score in the first minute of the game, Rory Butler crossing in the general confusion. Michael Lowry added the conversion and Ulster led 7 – 0 after 2 minutes.

Unfortunately the early score was the only real excitement in a first half which delivered few thrills and spills. The game was mostly played between the ten yard lines and it was all a bit formulaic. Ulster, without having to do too much, created the bulk of the chances and out half Lowry got plenty of kicking practice with four penalty attempts, Munster being a little over keen at the breakdown. As it was Lowry converted two attempts but he’ll be disappointed with the return as they were all imminently kick-able.

Munster had responded with one penalty of their own, between Lowry’s efforts, but the home side were there for the taking and Ulster should really have pushed on to put this game to bed in the first half. Unfortunately there just didn’t seem to be the desire or the imagination in the Ulster ranks and the teams turned round with the score board reading Munster 3 Ulster 13.

Munster were a different animal in the second half, which they bossed. Two tries around the 55 minute mark put the home side in the lead for the first time. Ulster responded minutes later with another penalty to push the score along to 15 – 16 in Ulster’s favour, but the home side had played the better rugby. 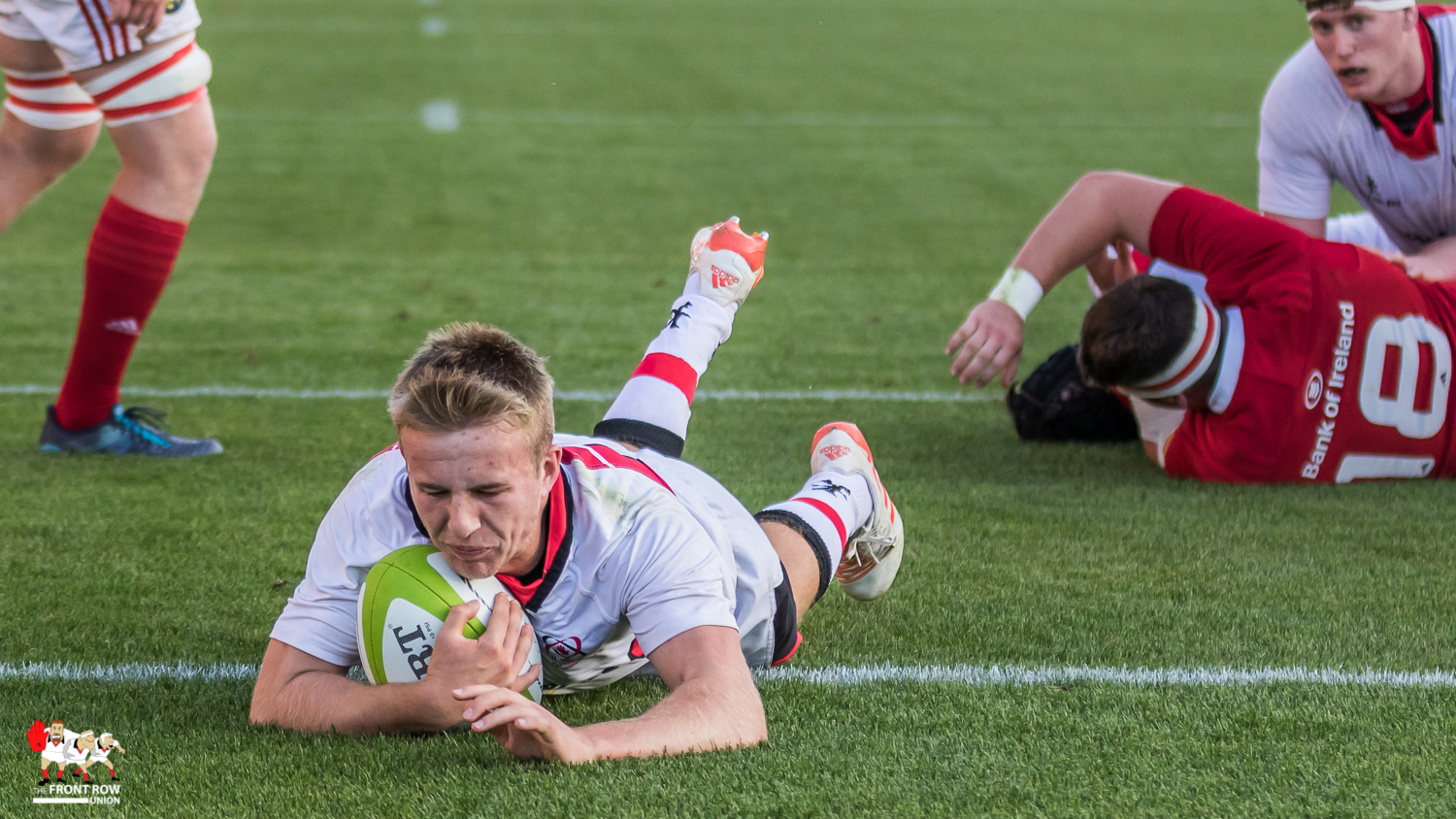 Ulster did produce the best try of the game with a multi-phased play taking them from their own 22 to the Munster five yard line before Ulster’s captain Johnny Stewart spotted a gap in the Munster defence to dive over as the game went into the last ten minutes; and that really should have been it.

The home side had different ideas and with winger Conor Fitzgerald creating havoc down the Munster left the home side ran in two late tries, both converted, to take the game. There were some serious lapses in the Ulster defence but Munster lads just wanted it more and thoroughly deserved their win.

Following their defeat to Ulster Clubs last week, that’s now two games in a row where the Development side have been a touch lacklustre. It looked as though they thought they had the game won in the first half but they struggled to move up the gears when Muster fought back in the second half.

Apart from the efforts of captain Johnny Stewart, who enjoyed his own personal battle with his Ireland U20 rival Jack Stafford (both having good games), there was little to get excited about.