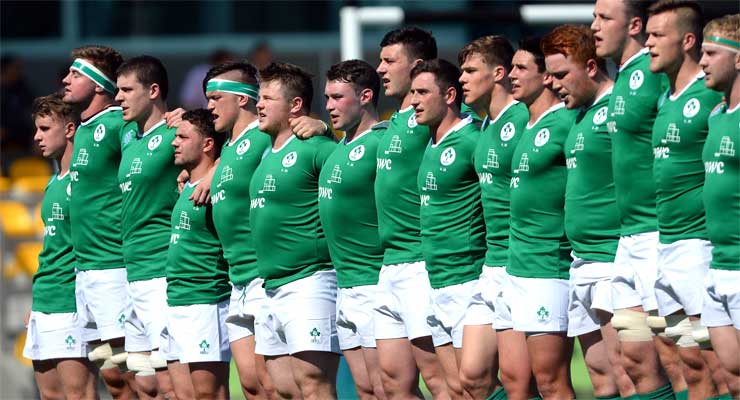 While most of Ireland, North and South, are starting to focus on the 2016 EURO’s in France, the rugby aficionados amongst us will be getting prepared and booking their flights for Manchester and the 2016 World Rugby Under 20 Championship.

This will be our seventh year of coverage of this competition and I must say it has never disappointed, irrespective of the results of the Ireland team. This season I’m expecting a cracker, hopefully featuring a young Irish side playing an exiting brand of rugby.

The current crop of youngsters didn’t get off to the best of starts in the Six Nations, losing to Wales and France, but throughout the opening rounds Nigel Carolan’s charges always maintained an emphasis on high risk rugby. Their fortunes changed with an away win against England and they extended their run with wins against Italy and Scotland, which see’s them go into the competition with a bit of form about them.

The main losses to the squad, that featured in the Six Nations, have to be injured, tight head prop, Conan O’Donnell and, second row, Peter Claffey who both featured, with some effect, in all Ireland’s games and, though he didn’t feature in the Six Nations due to injury, the non-availability of Ulster’s Sam Arnold is another big blow.

However the inclusion of Muster players, Bill Johnston, at out half, and Evan Mintern, in the second row, should help. Johnston’s inclusion creating the option of Johnny McPhillips as a playmaker in the centre. The full time involvement of Ulser’s Jacob Stockdale, who missed the first three rounds of the Six Nations due to senior Ulster appearances, also adds a strong attacking option, either from out wide or full back.

It’s an old cliché, but there really are no easy groups at this level, however Ireland can count themselves particularly unlucky to be placed in such a difficult group.

They face the current World Champions, New Zealand, the current Six Nations Champions, Wales, and the recently promoted and looking to impress, Georgia, who host the competition next year.

However, it’s not about the results at this age but about the performance. This is a hugely attritional tournament, with five matches played over 18 days with ridiculously small squads, and, historically, those teams with a big physical presence have tended to do well.

This is reflected in Ireland’s record, which is nothing to write home about, with the following finishes over the eight years of the competition:

I’d guess this time round that the team will be targeting a top six finish which would be a realistic goal.

Ireland’s fixtures in Pool A will all take place at the Manchester City Academy Stadium as follows;

No gentle introductions there – straight in against Wales and then four day’s later it’s the All Black before a bruising encounter with the Georgians!  😯

However that all important first game does tend to set the tone and, despite losing to Wales in the Six Nations, I believe that Ireland have reason to be confident – unfortunately you are going to have to wait until the team announcements before I tell you how Ireland are going to win that one!