By Editor on January 28, 2020 0 Comments
Deramore Park proves too big of a task for a travelling Galwegians who lose to their hosts Belfast Harlequins 36 points to 5 in the AIL2b
CLUB MEN ADVERTS

It will have been a long drive home to Galway following a tough defeat in the Energia All Ireland League 2B to Belfast Harlequins.

A confident performance saw Quins come out on top against the Connacht side.

Christian Bennison goes over for Quins against Galwegians.

An early try from scrum half Conor McAuley, converted by Paul Kerr, set the tone as Quins built up a 15 – 0 lead at half time with Kerr adding a penalty before Christian Bennison (4) forced his way through a number of defenders to cross the white wash for a well deserved try. 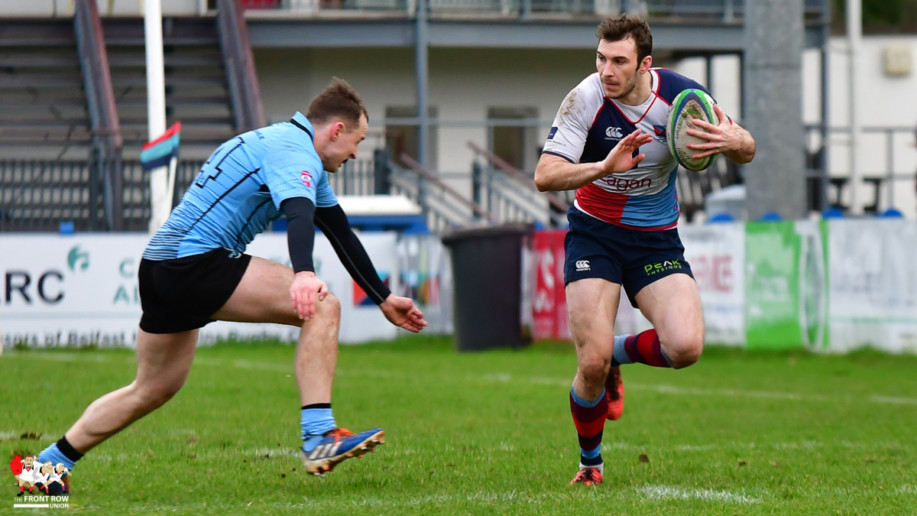 Captain fantastic Mark Glover makes a break in the second half.

Quins captain Mark Glover (15) crossed the line early in the second half for a fantastic try, converted by Kerr. The Quins pack worked a penalty try  before Glover crossed for his second which Kerr converted to move the score to 36 – 0. 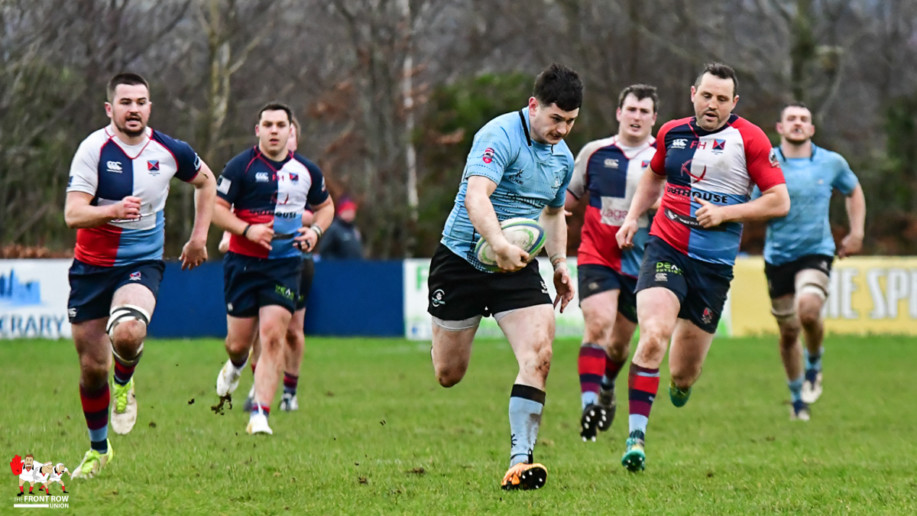 Galwegians break out for a late try.

Galwegians scored a consolation try late in the game to give a final score of Belfast Harlequins 36  Galwegians 5.

It was a good weekend for the Ulster clubs with both Quins and Dungannon picking up much needed wins, the results as follows.

The wins move both sides comfortably clear of bottom team Ballina but Quins should be eying up a late push to get into the top half of the table.