Belfast Harlequins pull away in the second half to record a 47 - 10 win against Dungannon.
Club Men

By Editor on December 16, 2019 0 Comments
Belfast Harlequins pull away in the second half to record a 47 - 10 win against Dungannon.
CLUB MEN ADVERTS

Belfast Harlequins welcomed Dungannon to Deramore Park on a crisp but cold Saturday afternoon in the Energia AIL 2B. Three tries late in the first half set up Quins to pull away in the second for a comprehensive 47 – 10 win.

Dungannon started the game strongly and were on the score board after five minutes thanks to a Jordan McIlwaine penalty. The visitors held on to their lead for almost 30 minutes in a rather sedate period of the game. 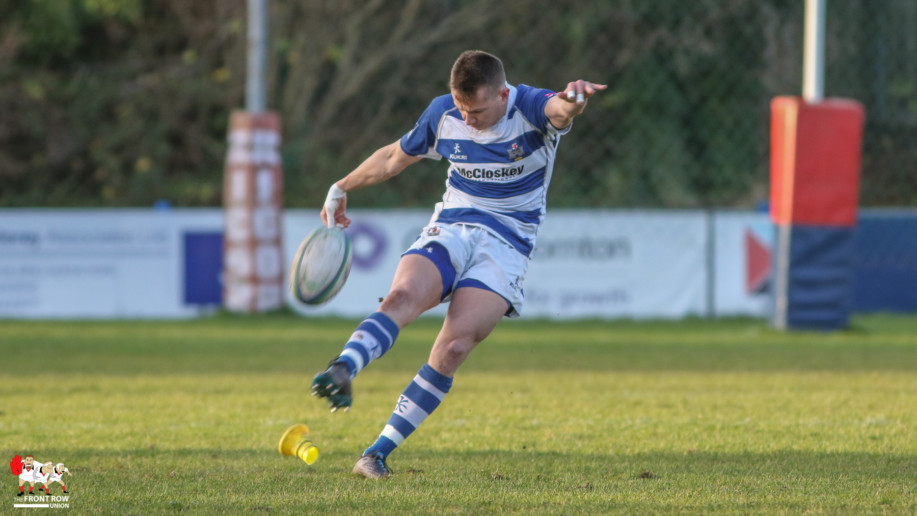 Jordan McIlwaine opened the scoring with an early penalty for Dungannon.

The home side finally sprang to life in the closing minutes of the first half as Ben Alexander crashed over after a bruising run to be quickly followed by, captain, Mark Glover and, scrum half, Conor McAuley. All three tries were converted by Coby Miln to give Quins a 21 – 3 lead at the break. 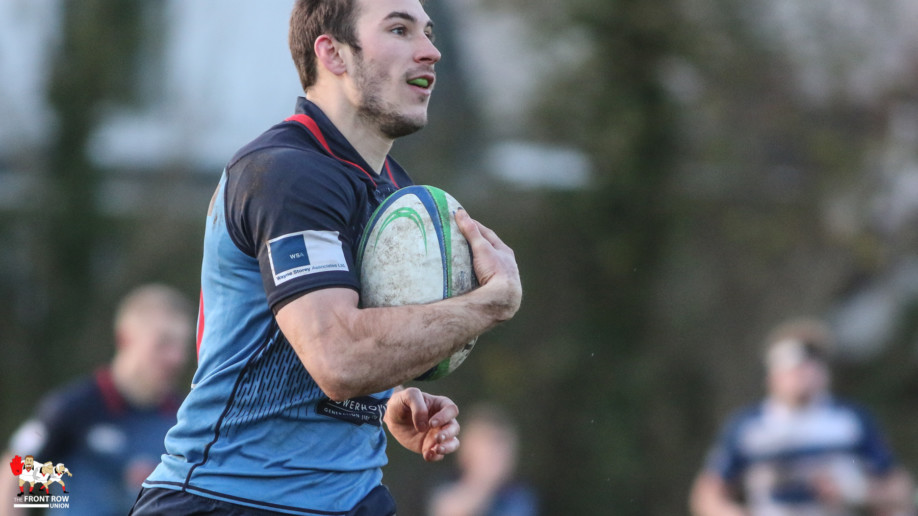 Dungannon’s defensive woes continued in the second half as Quins, with their tails up and the wind behind them, continued to press.

Christian Bennison finished off the bonus point try by virtue of his support work, catching a clever offload to fall over the line, before Glover broke from deep for his second, converted by Miln to push the score along to 35 – 3. 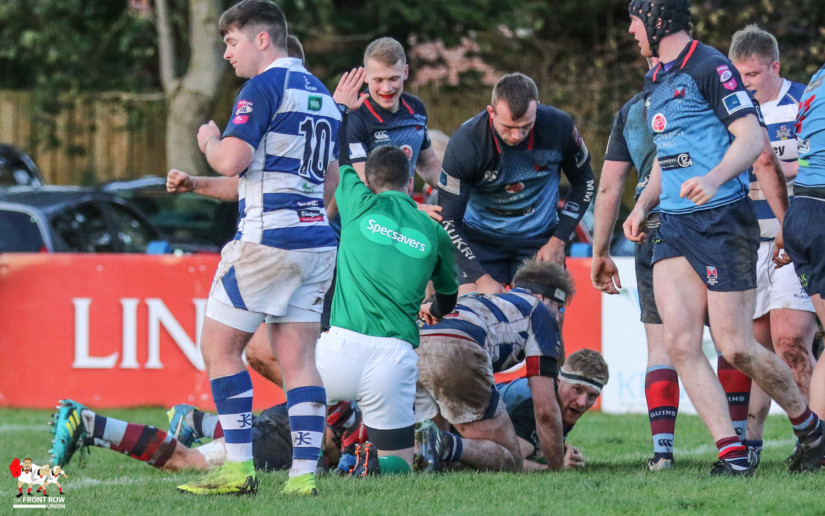 Ben Alexander finishes off an impressive scrum from Quins.

A strong scrum from Quins saw the impressive Alexander get his second try and, as I started to pack up and get ready for my next game, Quins crossed for their seventh before Dungannon replacement James Gamble grabbed a consolation score at the end.