Dromore progressed to the semi finals of the Energia All Ireland Junior Cup with a comfortable win against Grosvenor at Barban Hill on Saturday afternoon.

Dromore were keen to make amends for a one point loss to City of Armagh II’s in last weekends Ulster Junior Cup match and they set about a depleted Grosvenor side with some intent in the opening quarter of this match.

The home side were on the scoreboard after 6 minutes thanks to a try out wide by full back Adam McDonald. Scrum half Lee Steenson added the extras and seven minutes later he was lining up an easier chance from in front of the posts following a try from Josh Pentland who rounded the Grosvenor defence to finish up under the uprights. 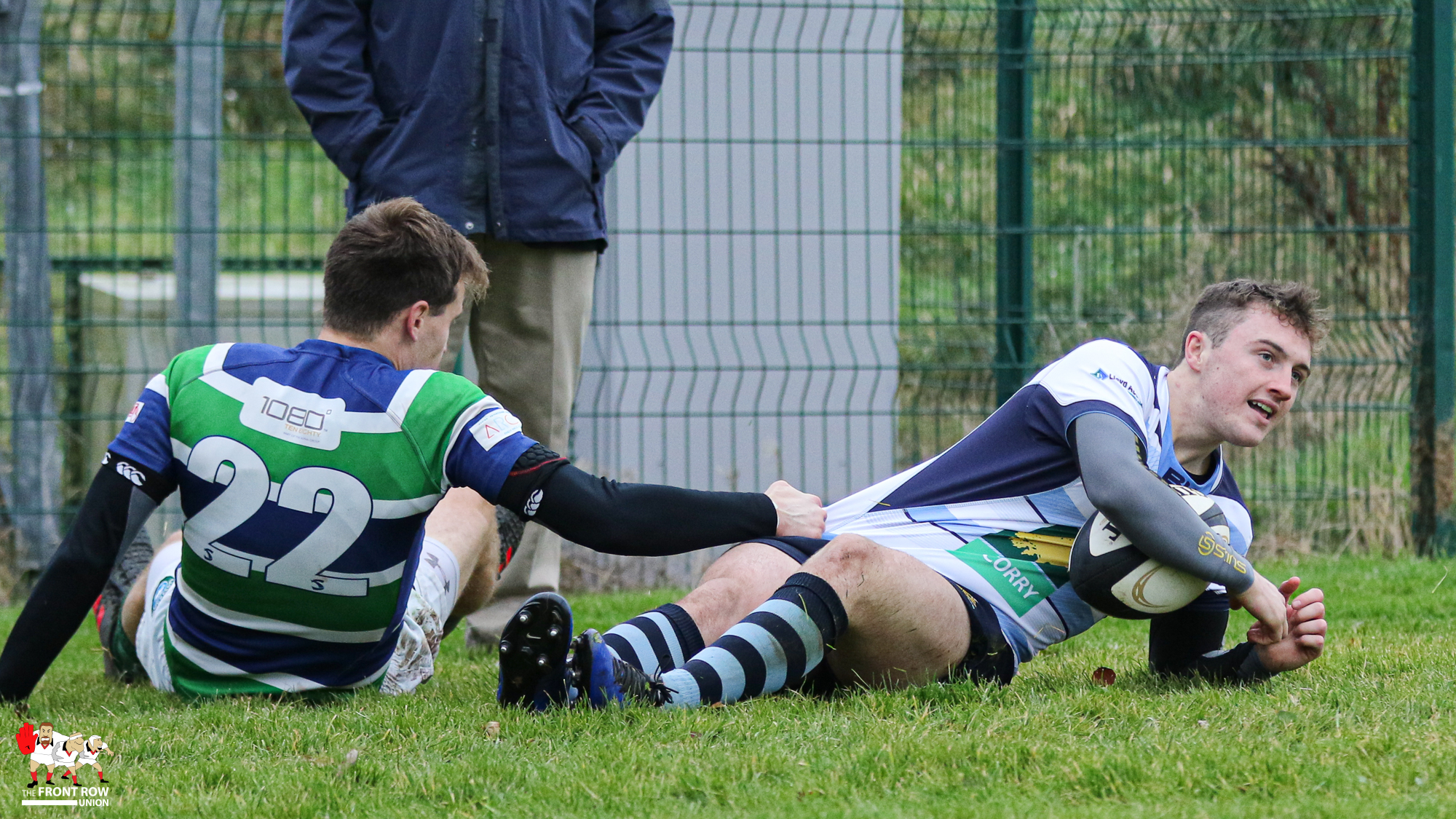 Though a touch disjointed, Grosvenor kept battling away and after a brief period of pressure in the Dromore 22 the Grosvenor centre picked a good line from short range to crash over under the posts for a converted try. 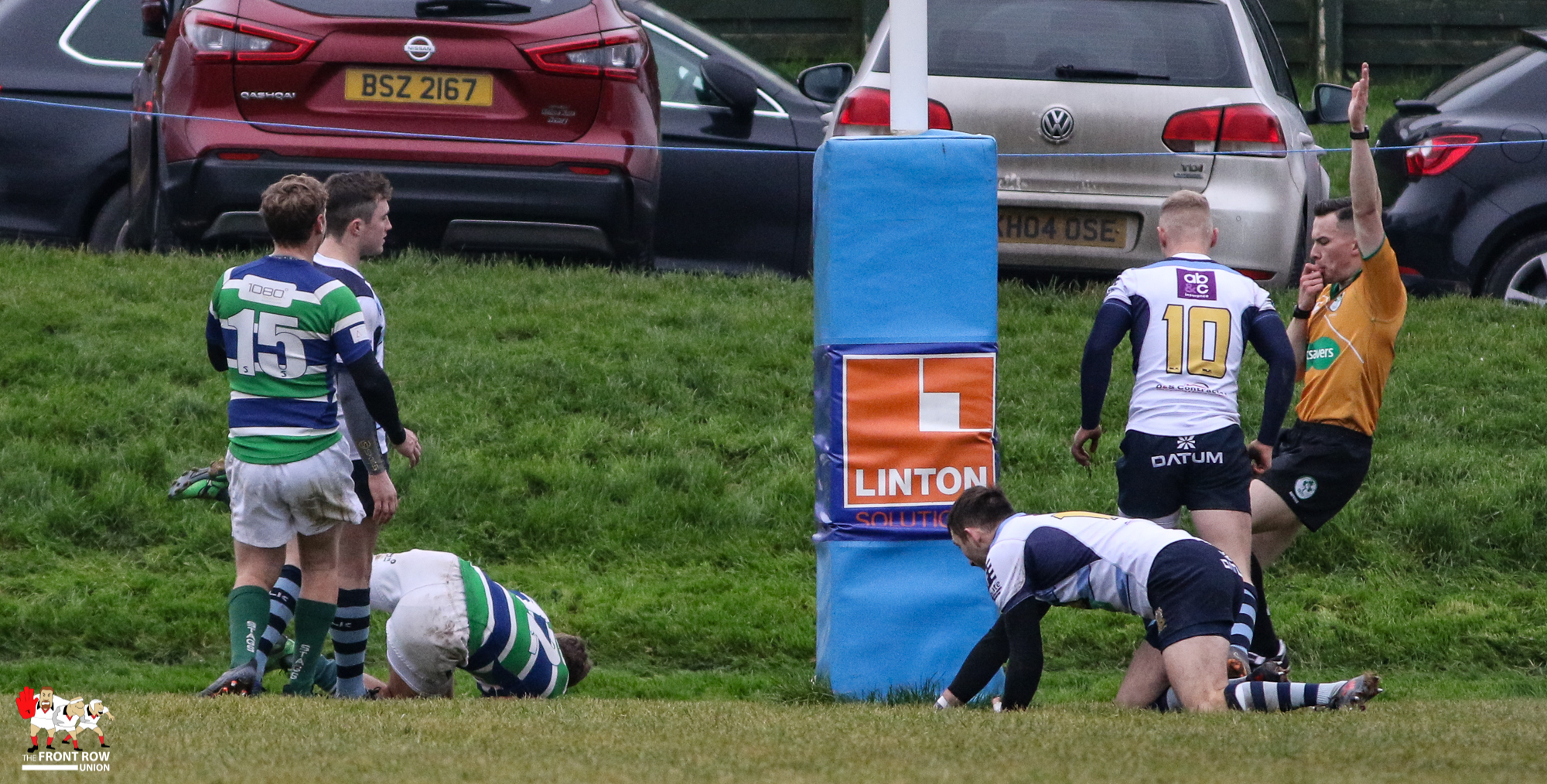 Grosvenor score in a rare excursion into the Dromore half.

Buoyed by their score, the visitors enjoyed a brief period of supremacy but the Dromore pack got back on top and worked their way down field to camp in the Grosvenor 22 for a series of scrums. The pressure told and the Dromore pack marched under the posts for Ben Heath to touch down at the back of the scrum. Steenson converted to take the score to 21 – 7 as the teams changed ends. 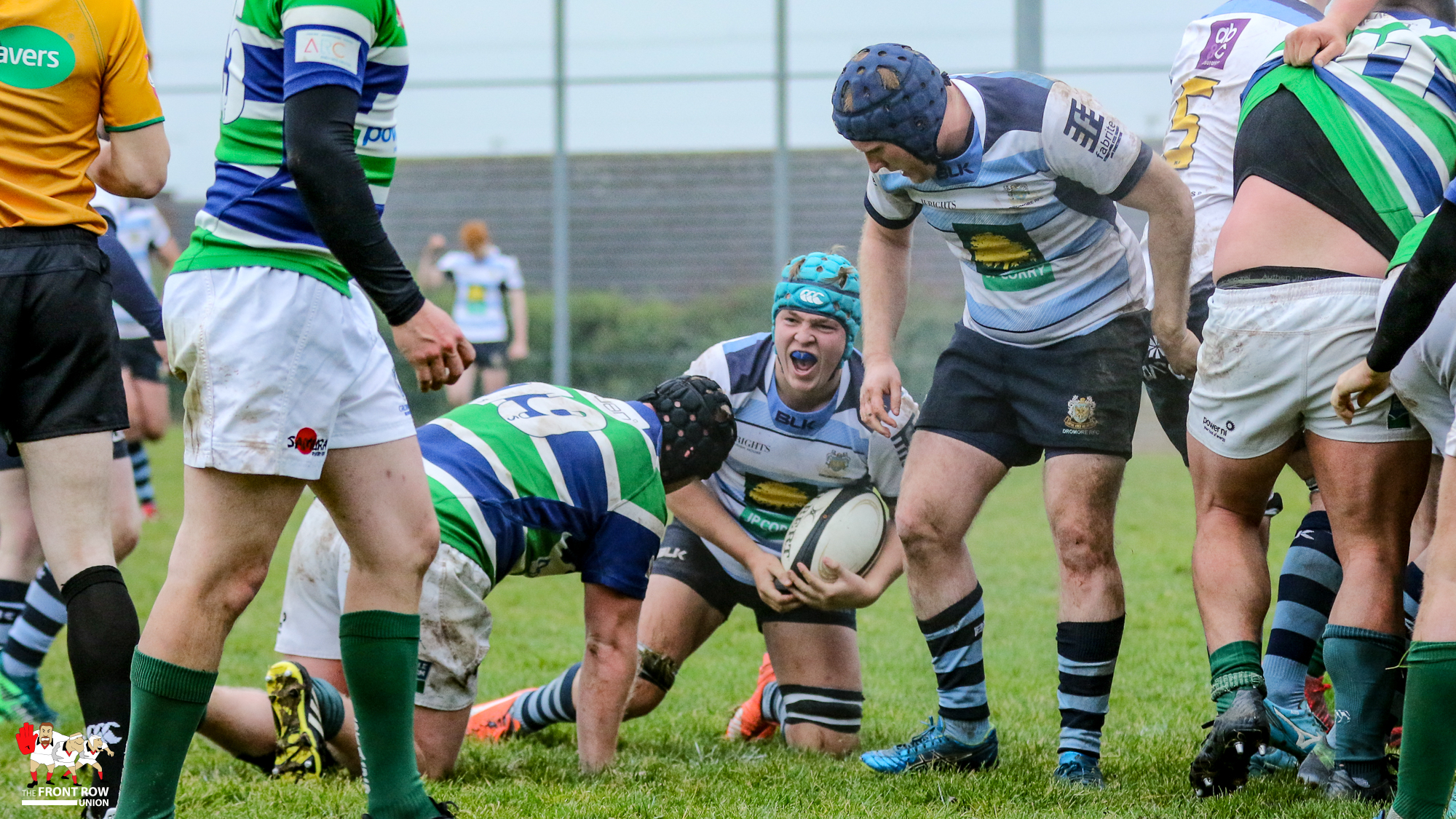 Ben Heath celebrates scoring at the back of a scrum.

Dromore pretty much dominated the whole of the second half with tries either side of the 50 minute mark knocking the fight out of the visitors as the score rattled along to 35 – 7.

Dromore scored two more before the end of play to give a final score of Dromore 47 Grosvenor 7, setting up an Energia Junior Cup semi final away to Co Cork side Crosshaven on Saturday 14th December.

Over 200 match images below.