By Editor on November 18, 2019 0 Comments
Old Belvedere saw off a second half comeback from Malone to record a 26 - 21 win in the Energia AIL 1B
CLUB MEN ADVERTS

It was an eventful afternoon at Ollie Campbell Park as Malone almost turned around a 21-7 halftime deficit and ended by securing a losing bonus point in a dramatic finish to their AIL 1B encounter with Old Belvedere.

Belvo were on the scoreboard within 5 minutes as they rumbled over from a lineout, the result of the second of two early penalties they forced from the visitors in a game where discipline would prove to be a challenge for both sides. Hooker John McKee emerged from the pile of bodies and Steve Crosbie sent over a fine conversion from out near the right touchline. 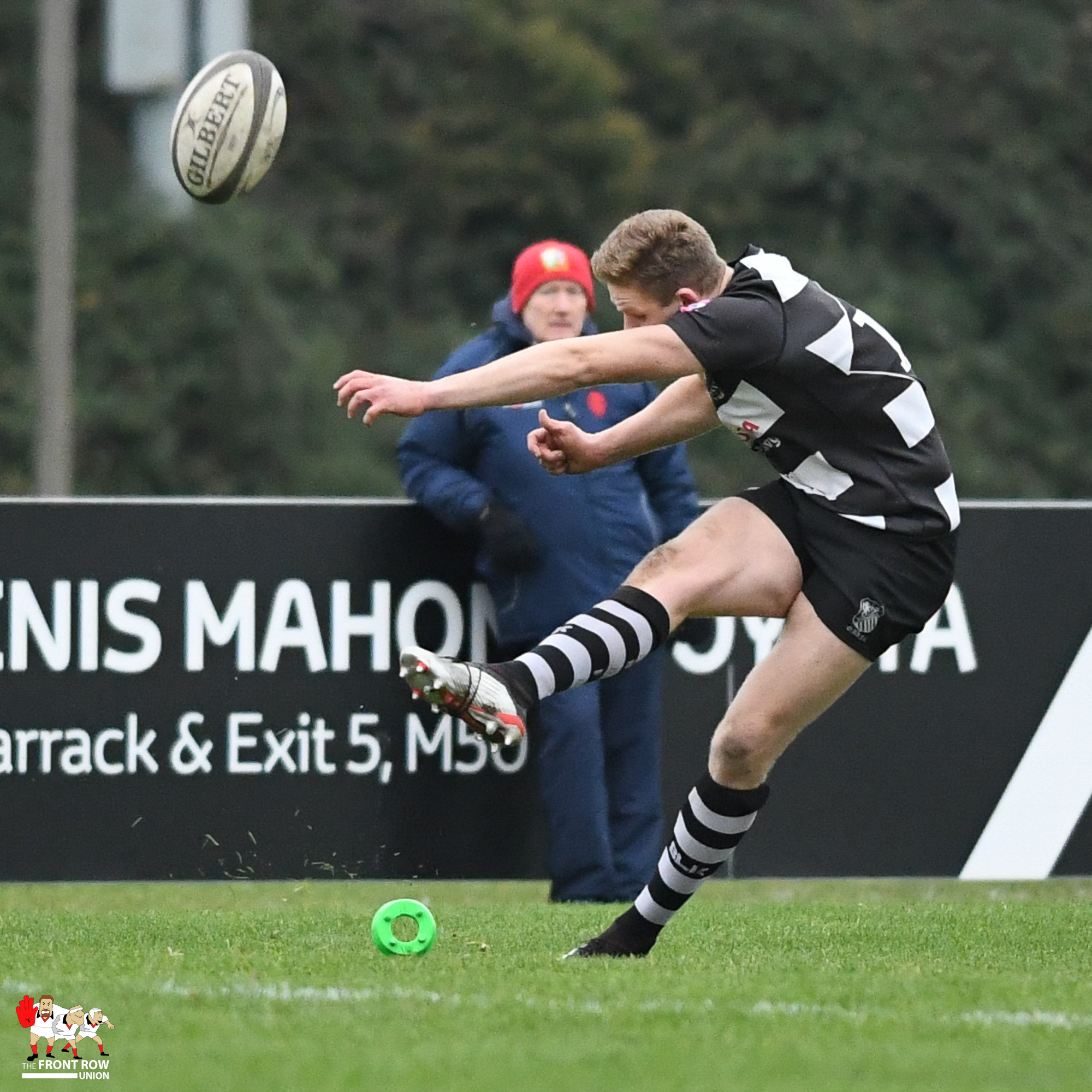 Steve Crosbie sends a conversion on it’s way against Malone.

A nice piece of opportunism on the quarter hour saw Jack Keating gather his own chip-ahead and dot down for Crosbie to convert, again from a tight angle.

Belvo were reduced to 14 men on 28 mins when their outside centre Tom Molony was sent to the sin bin for a high tackle and Malone took advantage soon after when they rumbled over from a lineout, Clayton Milligan the man to come up with the ball for Jack Milligan to convert.

The numerical disadvantage didn’t prevent Belvo from registering their third try just five minutes short of halftime as Crosbie went over after a sustained period of pressure on the visitor’s line.

We turned around at halftime with Belvo 21-7 to the good and it was the 50th minute when the bonus point try arrived, Jack Kelly burrowing over after Belvo had been stopped just short in the previous phase.

Malone made a few changes around the hour mark and the added impetus saw them start to finally put the home side under some serious pressure.

Shortly after a dust-up that saw each side lose a player to the bin, Peter Cooper went over to make it 26-14 and, with yet another Belvo player going to the bin, scrumhalf Lewis Finlay reduced the deficit to 26-21 as he dashed under the posts on 76 mins. 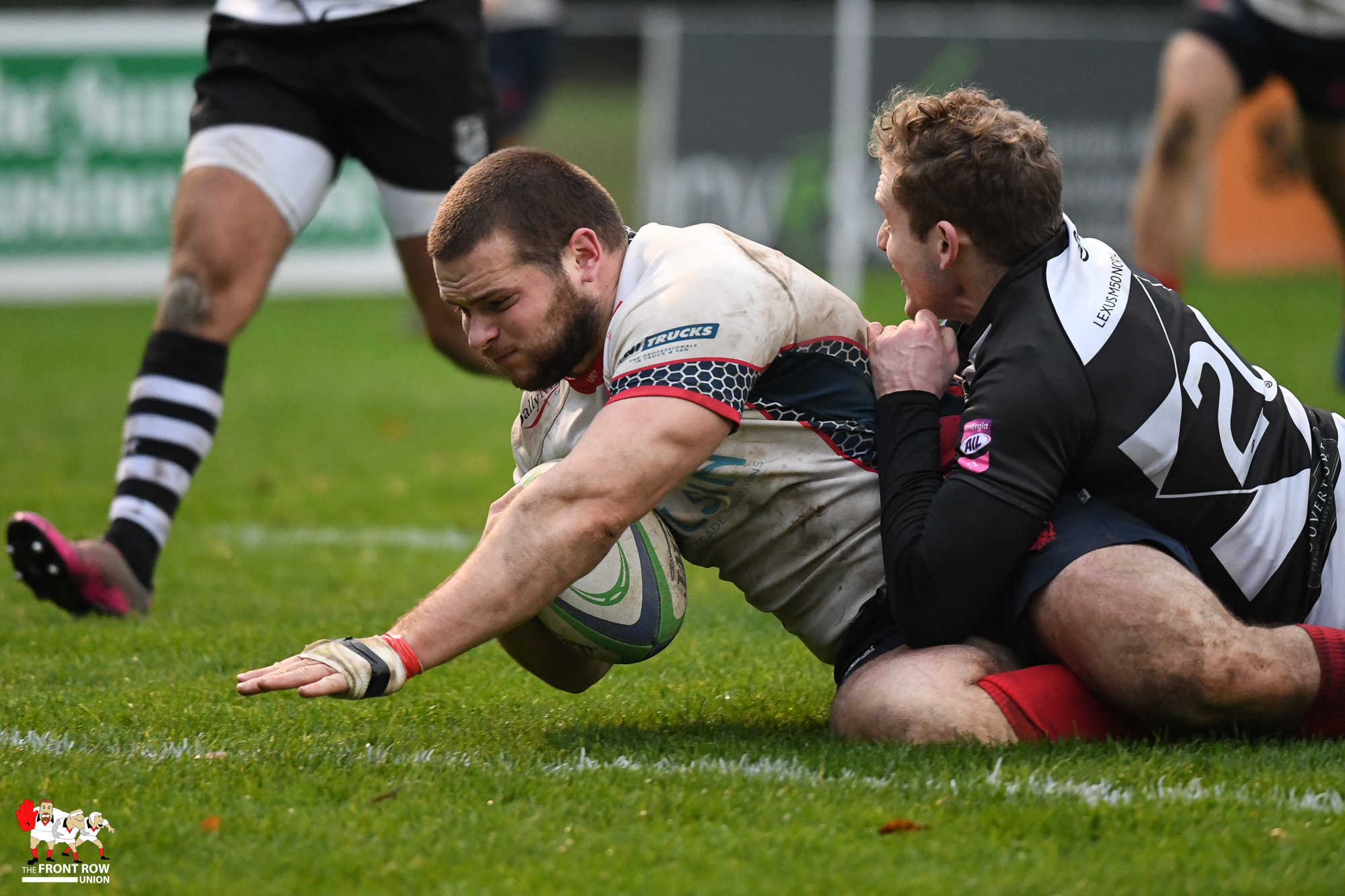 Peter Cooper goes over for Malone in the second half.

Just as it looked like Malone had secured the losing bonus point, Belvo were awarded a kickable penalty for hands on the deck but the kick came back off the upright to the relief of the visitors and the disbelief of many of the home support who must have been praying for the final whistle by that point.