Instonians fielded kick their kick off and within a minute had scored the first try of the game through Alan Whitten. After 21 minutes they had raced to a 19 – 0 lead through tries by Sean Shuttleworth and Mark Mairs, both converted by Scott McClean.

Instonians go over for their second early try.

Clogher Valley steadied the ship in the second quarter and scored two unconverted tries through Kyle Cobain and  Josh Fegan to leave the half time score 19 – 10 in Instonians favour.

The second half was only 6 minutes old when Clogher Valley took the lead through a try by Josh Coulter, converted by Paul Armstrong.

Not to be outdone Instonians replied with a try by Andrew Hustle, converted by Scott McClean.

Almost immediately Clogher Valley responded with a try by Neil Cullen, converted by Paul Armstrong. Instonians regained the lead in this ding dong affair with a penalty goal by Scott McClean. 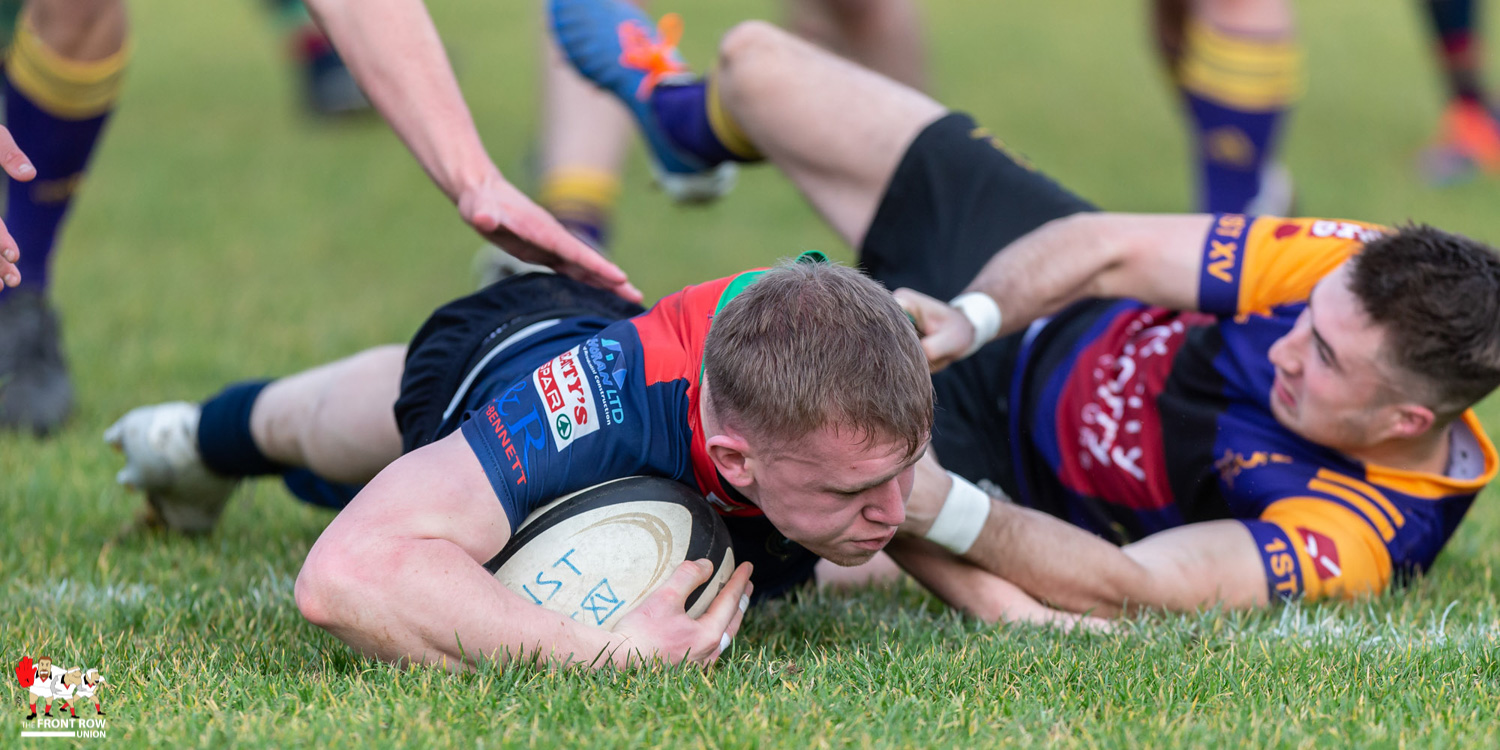 Clogher Valley will be delighted with their bonus point win, whereas Instonians can console themselves with a losing try point and will wonder how they lost this game after such a promising start.

Big 120+ image gallery from Bob Given Photography below.