Carrick moved to sixth place in the Ulster Rugby Championship following a 48 – 22 win against CIYMS at Tom Simms Memorial Park on Saturday afternoon. 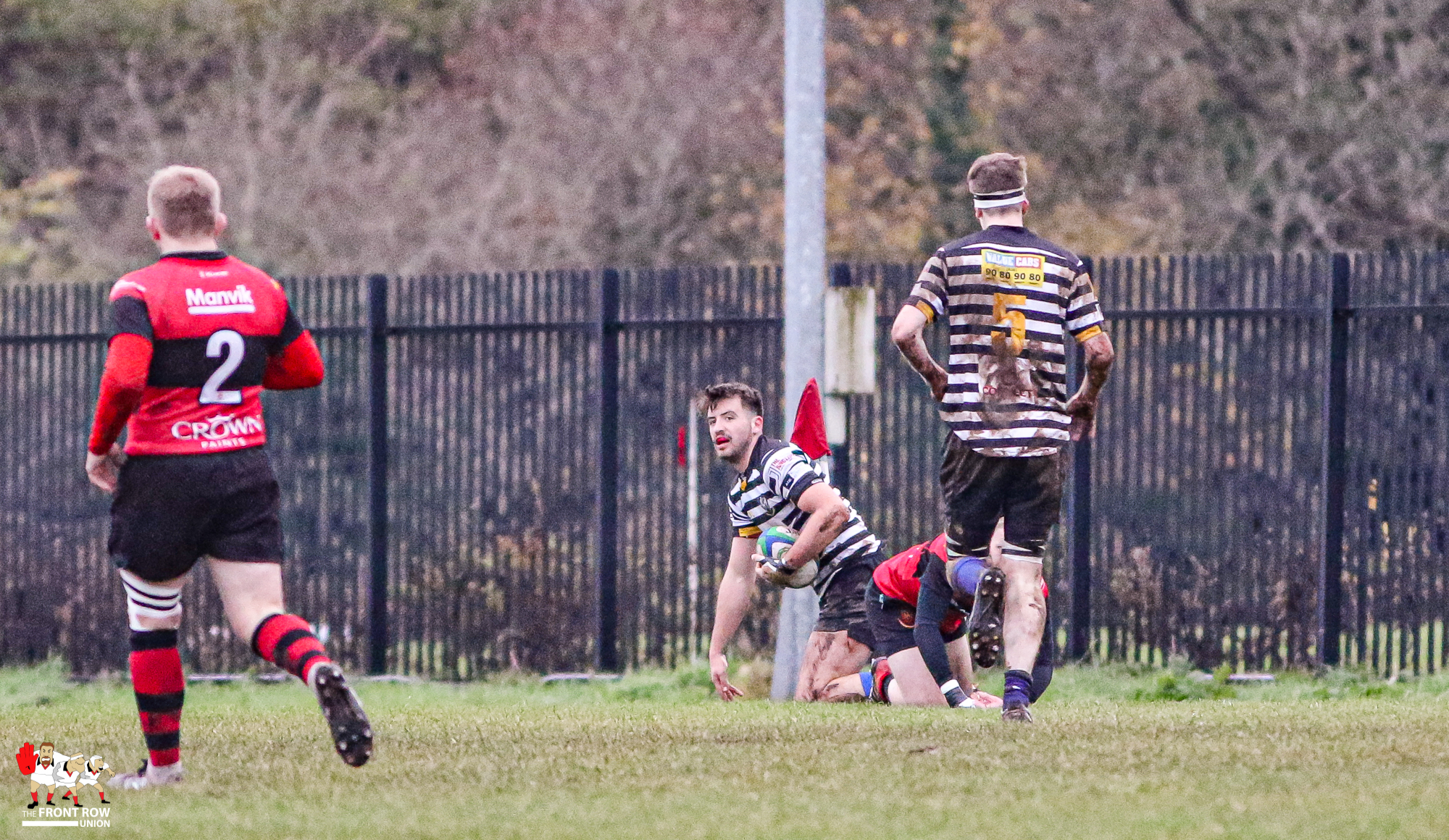 Despite the final score the visitors took a one point lead into the break after right wing Gareth Peden caught Carrick napping on the right wing for a couple of tries from deep. Matt Kilgore converted one to add to an early penalty.

Carrick had dominated territory and possession and their powerful scrum got them out of trouble a few times and they responded with a catch and drive with, former The FRU Schools Player of the Year, Ryan McGonigale coming up with their first try.  Hard working hooker Alan Whitley crashed over under the posts for their second and, with Fionn McCormack converting both, the teams turned round with Carrick trailing 14 – 15. 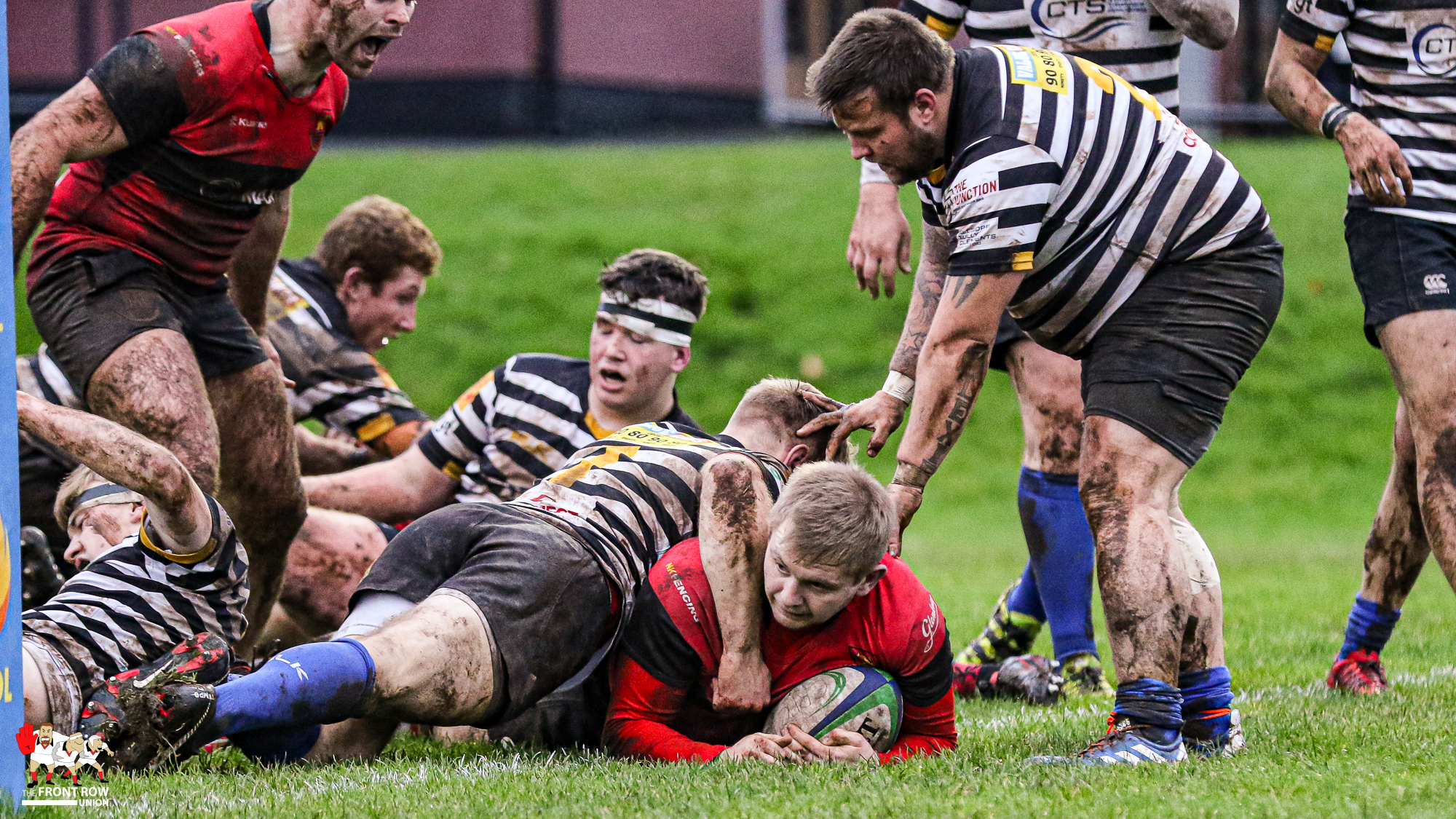 Hooker Alan Whitley crashes over for Carrick in the first half.

Carrick’s big old pack pretty much controlled the second half with the home side adding six more tries. Prop Gareth McKeown started the onslaught before McGonigle went over for his second to be followed by Andy McKeen. Replacement kicker Shane Kelly converted one to take the score to 31 – 15 by the end of the third quarter. 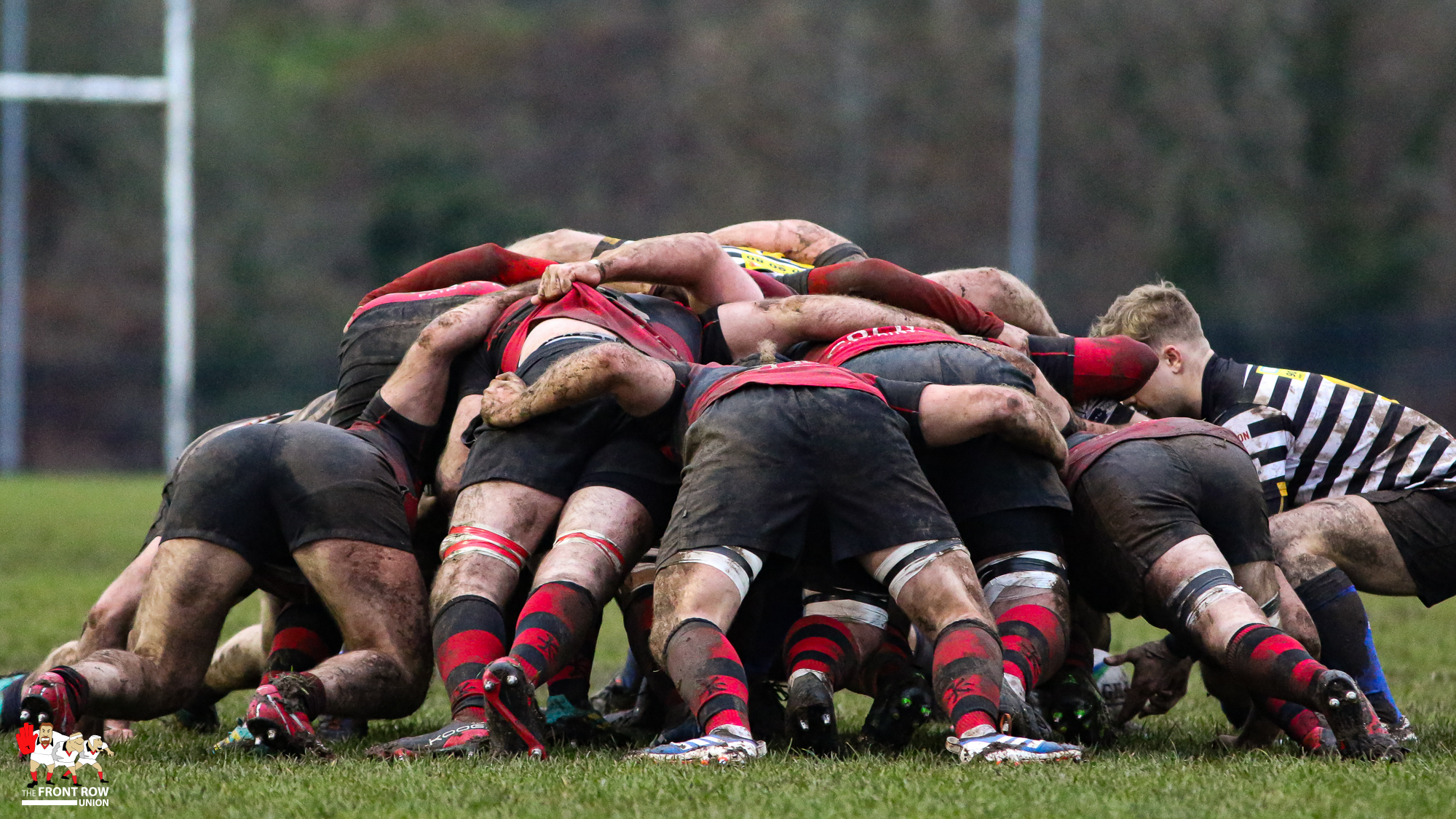 The Carrick scrum dominated the match.

CI kept it interesting with a try from Paddy Beverland, converted Matt Kilgore, to pull it back to 31 – 22 at the start of the final quarter.

However, it was one way traffic in the closing minutes with Mattie Hadden, Shane Kelly and Gareth McKeown all crossing, Kelly converting one to give Carrick a 48 – 22 win.

Over 200 match images below.