We caught up with Ulster Barbarians Wheelchair Rugby Club earlier in the week, ahead of their hosting of their first ever Wheelchair Rugby tournament in Northern Ireland this coming Saturday 21st September and Sunday 22nd at the Antrim Forum.

The tournament will feature teams from the two leagues that the Barbarians play in, the Irish League and the GB Super Series D2. The Irish League side will be a select side with the Caledonian Crushers and the North West Bulls travelling over to represent the Super Series.

Games start at 9 am Saturday morning and the last game is at 6:15 pm.

On Sunday the games start at 11 am with the last game at 4 pm.

There will also be a Trevor Ringland select side which will be taking part in a few challenge matches throughout the tournament.

We watched the Ulster Barbarian side go through their paces at their training session on Monday where we learnt a lot about what is a highly tactical game.

Each team has four players and the objective is to move the ball up the basketball court sized pitch within a fixed time and score a try.

A try is scored by the ball carrier crossing the try line with the ball on their knees.

The teams are balanced by disability with each team allowed a maximum of 8 points in total amongst the four players. the more restrictive the disability the lower the players point score up to a maximum of three points for an individual player.

The type of wheelchairs used are also decided by disability with one type offering more protection for the player. Interestingly though this is usually the  type of wheelchair most commonly used for ramming and trapping an opponents wheelchair.

No hand contact with an opponent is allowed and time out’s are given for foul play. The length of the time out depends on the severity of the foul play.

It is a highly tactical game where they try and create patterns of movement up the court and release the faster players. At the same time the opponents try to block and trap the attacking players and force a turnover by time elapsed or an interception.

Below are pictures from the Ulster Barbarians training session as they worked on their tactics for the weekend.

Benefits of the game

After the training session we caught up with coach and player Will Doggart who told us about the benefits of the sport and the importance of this weekend’s tournament. 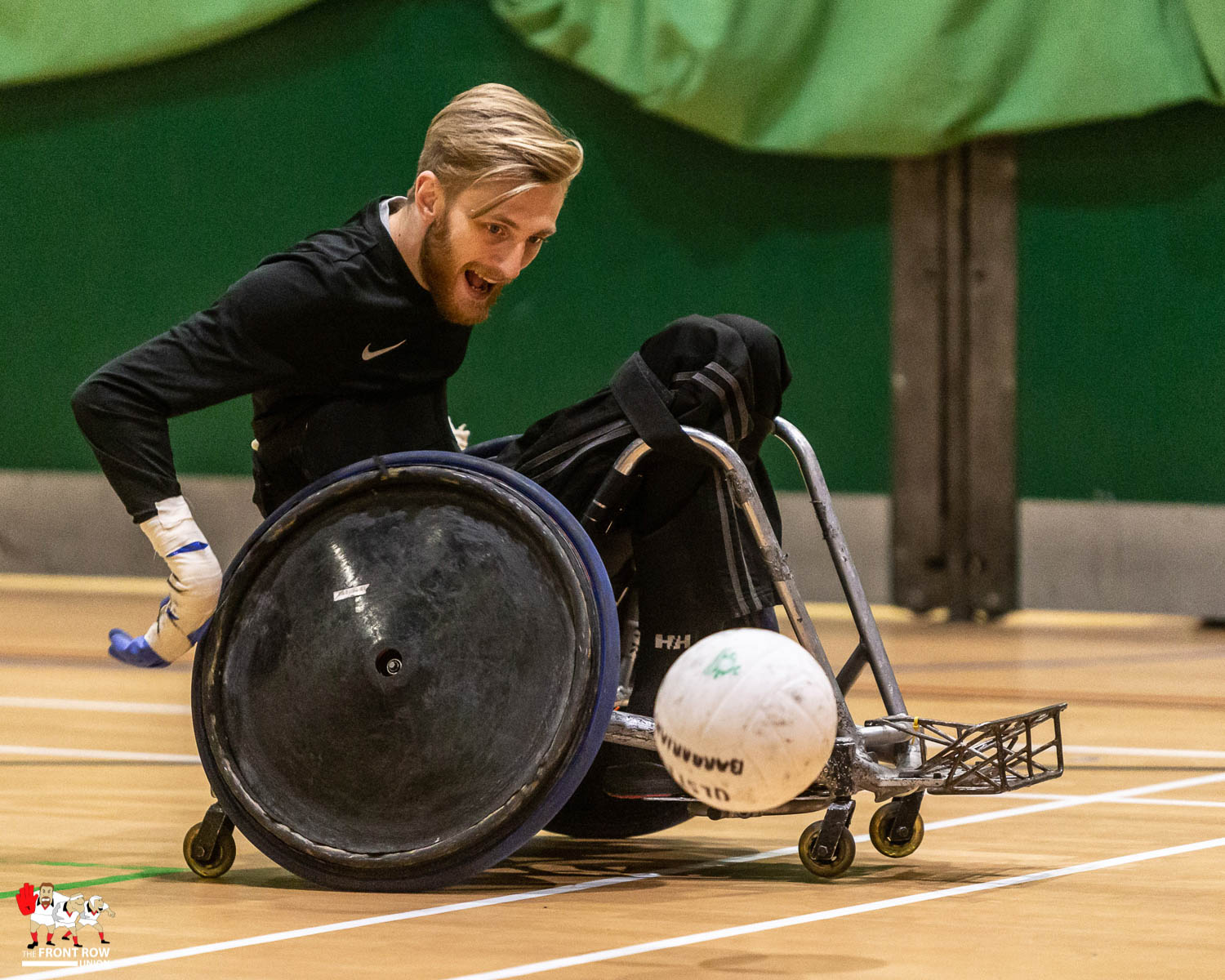 The game gives you the freedom and competition that you don’t get everyday.  Everyone is on a level playing-field regardless of their disability and it’s great to play a high intensity sport that you know you have been playing the next day.

There are also huge benefits on the social side, making new friends and meeting new people from the other teams and we’re all looking forward to Saturday night and mixing with our opponents though we might suffer on Sunday.

This all improves your confidence.

We’ve been building this club for the last six or seven years and to finally have a tournament over here is fantastic. It’s been a long time in the making but we’re looking forward to showing everyone what a great place Northern Ireland can be for people with disabilities.

The Ulster Barbarians are actively seeking new players and volunteers to assist with league programmes this season. It’s a hugely rewarding sport and if you feel you would like to be involved get along to the tournament on Saturday.

The club would love to partner up with able bodied rugby clubs to assist with training and development. If you are interested in assisting in any way please contact team manager Bernard Rooney ubrooney@yahoo.co.uk or john@thefrontrowunion.com for more details.