We caught up with Chilean touring side The Grange at Roughfort playing fields on Thursday afternoon as they recorded a convincing win against Belfast Royal Academy.

The unseasonably warm conditions helped the touring side score nine tries in their 12 – 55 win as the young BRA side struggled with the conditions and their physically imposing opponents. 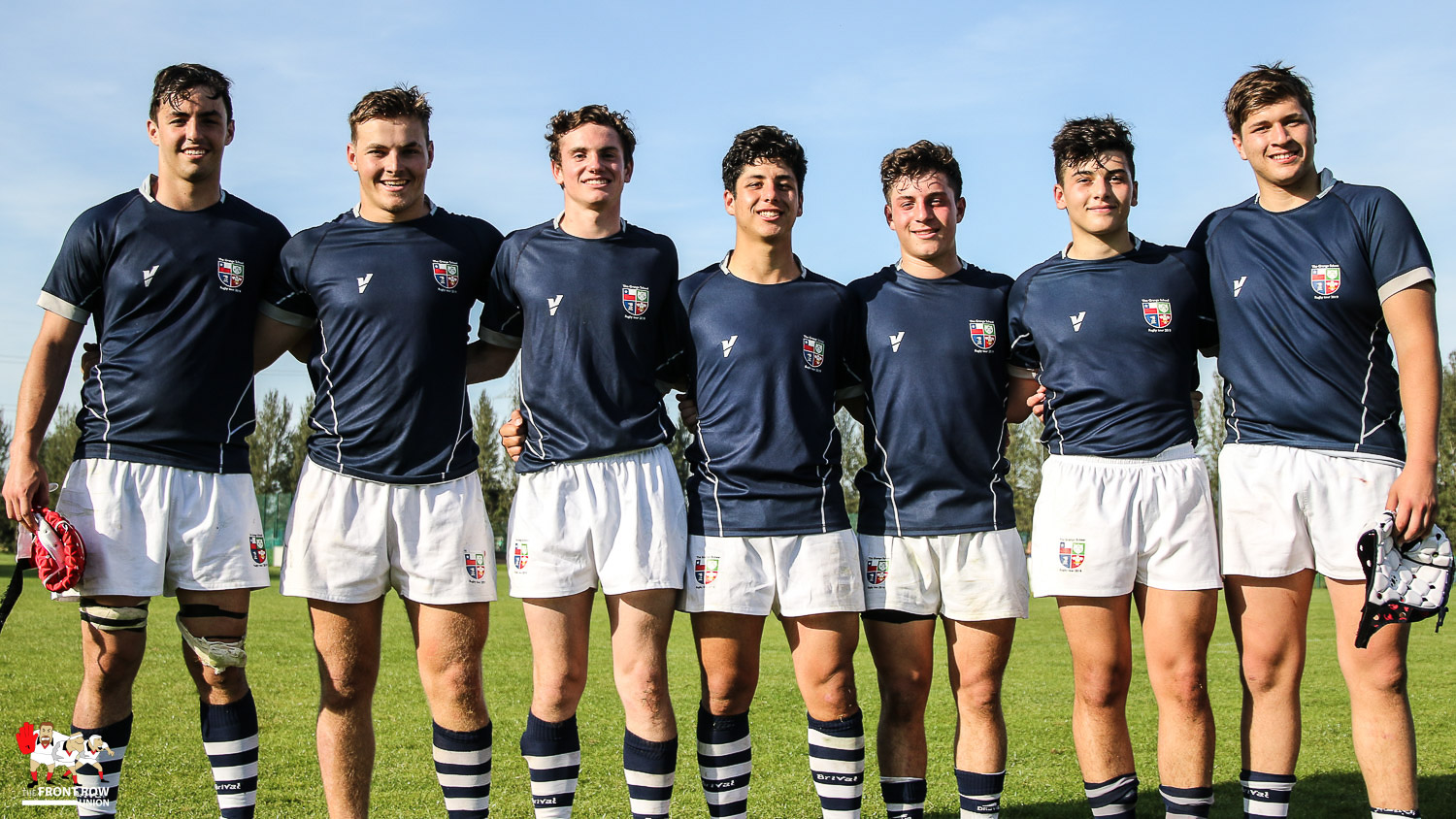 The Grange ran up a 17- 0 lead in one sided first quarter thanks to three tries and a conversion.

BRA regrouped somewhat in the second quarter to battle over the line for two tries to take the score to 12 – 17 before their visitors cut loose in the closing minutes of the first half to cross twice, one converted, to take the half time score to 12 – 29 in their favour.

The home team started the second half with great intent and kept their visitors trapped in their own half for much of the third quarter but crucially BRA were unable to turn their possession into points and the visitors broke from deep for a converted try to take their lead to 12 – 36 as the game went into the final quarter.

A barnstorming finish saw The Grange run in three three more tries, two converted, in the closing period of the game to push the final score along to 12 – 55 at the final whistle.

A convincing win for the touring side but it was also a good work out for the young BRA side which should stand them well in the coming season.