You are at:Home»Ulster»Ulster Women»Ulster Women: Ulster U18 hold on for win against Connacht U18

Ulster Women: Ulster U18 hold on for win against Connacht U18

Ulster U18 recorded their second win in the Interprovincials with a 19 – 12 win against Connacht U18 at Queens Sport Arena on Saturday afternoon.

Ulster U18 were quick out of the blocks racking up seventeen points in as many minutes. 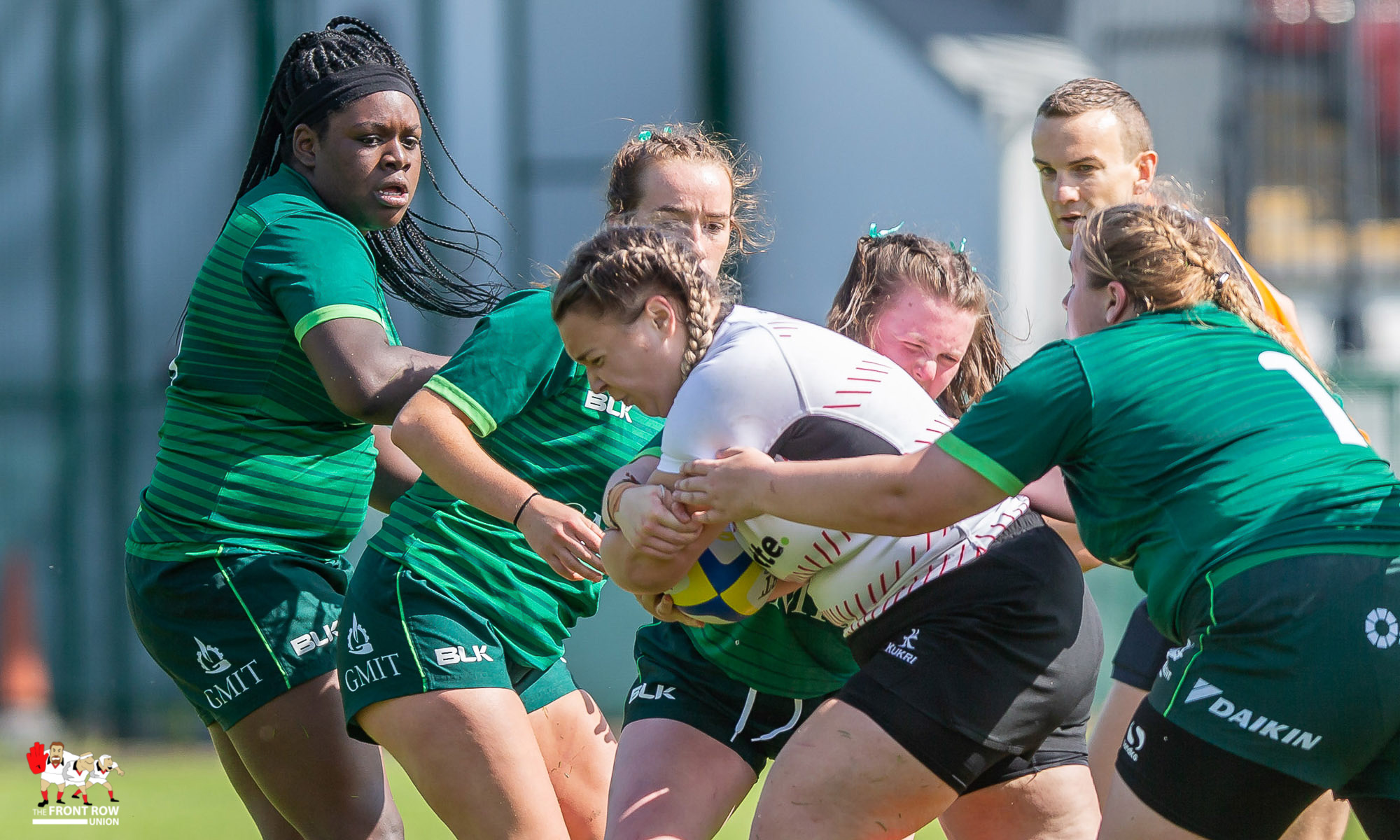 Captain Ava Fannin (Virginia) led the way with the opening score before Toni Macartney crossed for the second. Within minutes Zara Flack went over for Ulster’s third and with Moya Hill adding two conversions Ulster were 19 – 0 up. 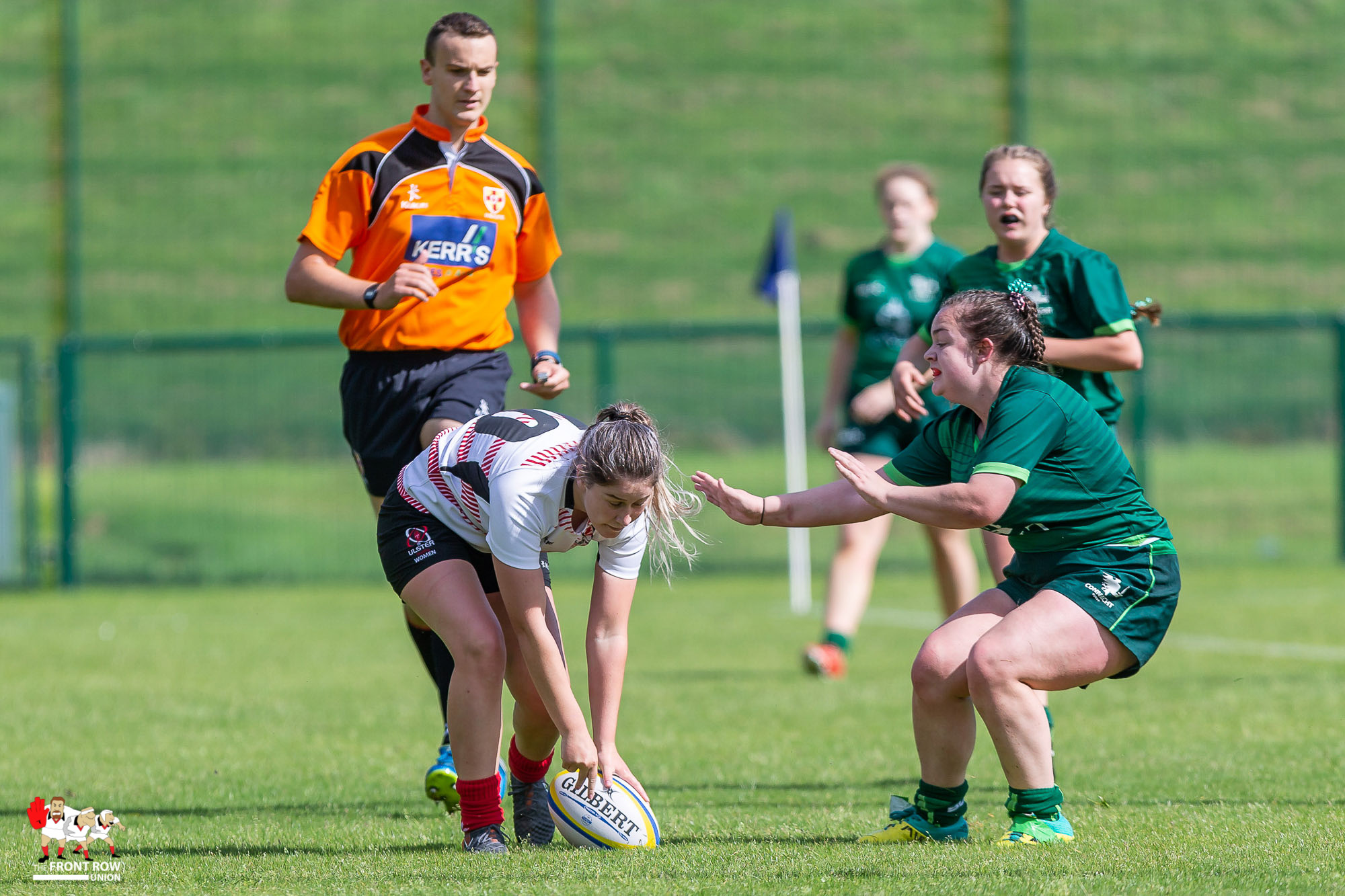 Connacht worked their way back into the game and a try from Mary McLaughlin pulled the score back to 19 – 5 at the break. 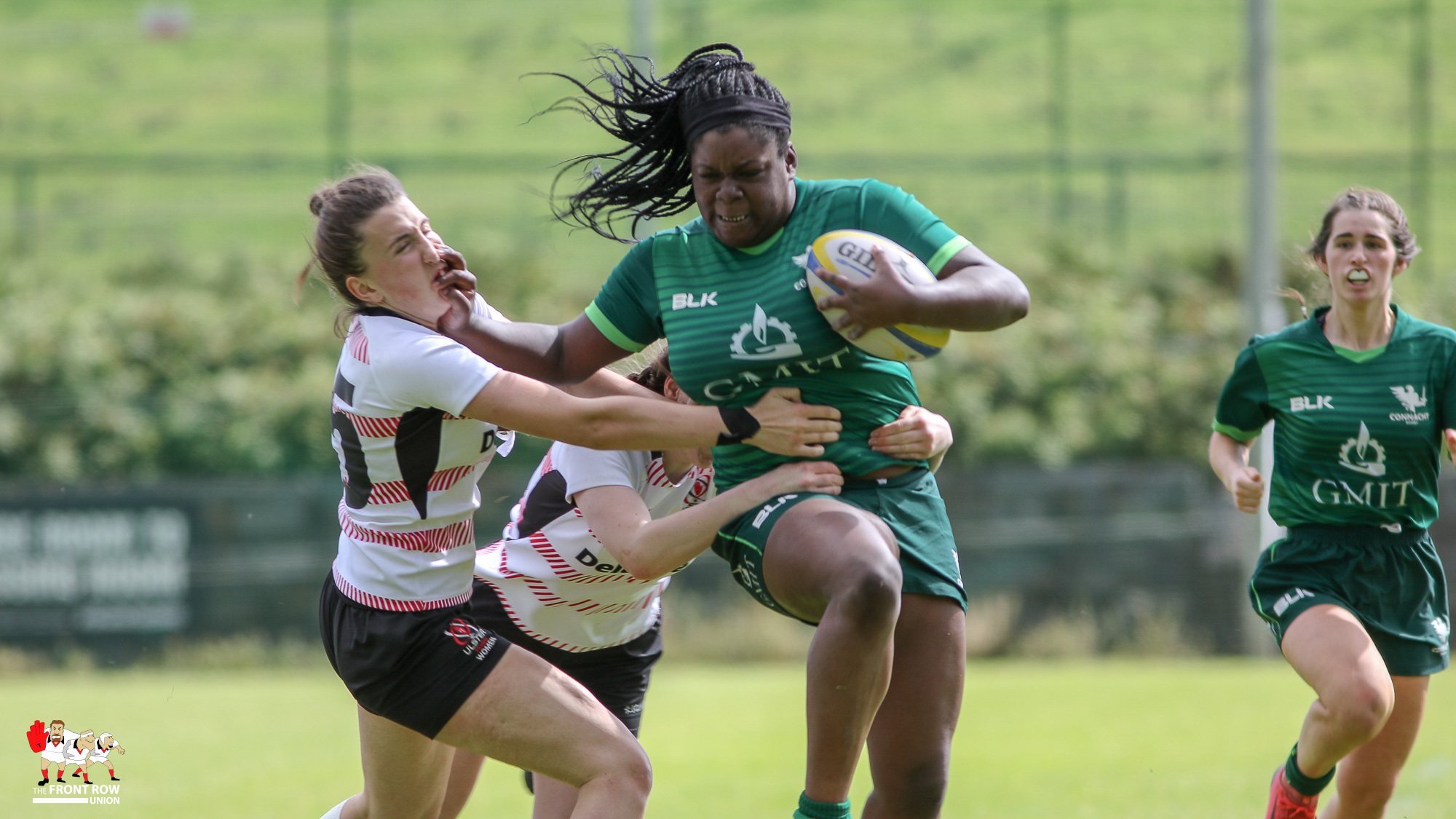 Connacht on the charge in the second half.

The second half was a bit disjointed with both sides making a host of changes and Connacht were the only team to trouble the scoreboard in the second period with Zara Grehan crossing for Fodhla Ni Bhraonain to convert, the thoughts of both sides turning to their knockout rematch in a fortnight’s time.

Helen McGhee caught up with the Ulster scorers after the game.

Over 200 pictures below from Bob Given Photography and Helen McGhee