We called into Dromore on Saturday morning, on our way down to Dublin, to record the official hand over of their new training kit, with The Front Row Union being one of the sponsors. We were represented at the handover by team FRU member Vicky Irwin, pictured below with some of the Dromore players. 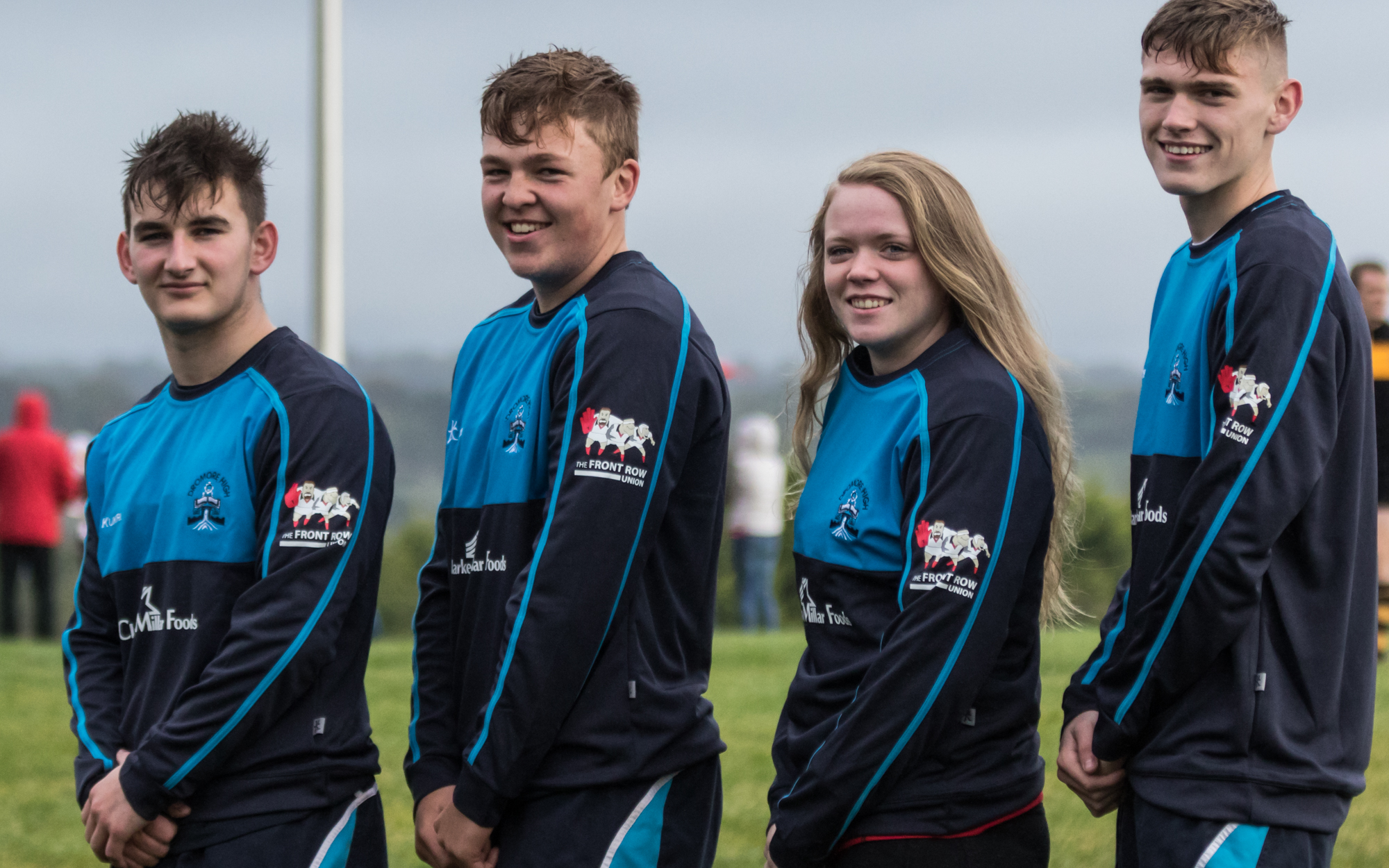 A few tips from Ulster out half Vicky Irwin sets up Dromore for another win. 🙂

Dromore High went into Saturdays game on the back of a good 31-12 victory over Regent at the beginning of the week and wanted to keep the momentum going.

Dromore started well and dominated the RBAI pack up front. After a period of early pressure, an Inst line-out was turned over outside their 22, the ball was moved quickly out to the backs and found centre Tom Dolaghan in a bit of space who handed off his opposite number and rounded the fullback to get the first try of the morning.

Further good play from Dromore brought them deep into Inst territory and after a number of phases of play, Dolaghan again made a great break, this time he was brought down but a neat off load to the on rushing Cameron Beacom-Hurle put the fullback over for a great team try.

Dromore continued to dominate the first half with Ulster U19 player Ben Heath always looking dangerous and he was rewarded with two tries to leave the half time score 24-0 to Dromore.

The second half was not as fluent as the 1st and the Inst 3rd XV worked tirelessly with excellent tackling and work at the breakdown holding Dromore out for any further scores.

Thanks to Coach Bronte for the report!