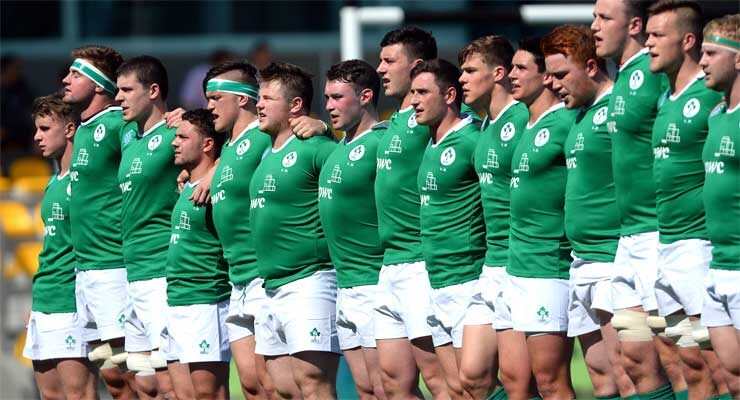 Ireland U20’s got their World Rugby Championship campaign off to a winning start on Tuesday afternoon with a scrappy 18 – 16 win against their Argentinian counterparts.

The team featured five Ulster players with Jacob Stockdale, Sam Arnold, Zack McCall, Alex Thompson and Lorcan Dow all starting. No Ulster scorers in this one though with the points coming from the boot with out half Joey Carbery, who slotted over five penalties, and his replacement Tomás Quinlan, who landed a monster winner from out wide with the last kick off the game.

The IRFU have reasonable coverage this time round with Match Report and Pictures here and World Rugby have released a highlights video, below.

This really is a fantastically brutal competition and despite the win Ireland now find themselves on the back foot with regards to top four qualification. A big win for New Zealand, against Scotland, in Ireland’s Pool C, and with South Africa and Australia both picking up bonus point wins in Pool B, leaves Ireland looking to pick up a wining bonus point against Scotland and at least a losing bonus point against New Zealand if they are to have any chance of matching last seasons top four finish.

Ireland lost their last match against Scotland, a 17 – 10 defeat at Netherdale in the Six Nations, gives some indication of the difficulties ahead and in reality a return of three or four wins, out of five games, would be an excellent return for this Ireland side and would& likely see them finish in fifth place. However with small squads and a high level of attrition the situation can change very rapidly in this competition!

Irrespective of the results I would like to see Ireland playing a better game than they did against Argentina. The pack was largely out-muscled up front, losing out in both the scrum and the lineout, and though the backs did look more composed with the ball in hand they did look for contact too often. Defence and work in the loose was generally good, forcing plenty of mistakes and penalties from their opponents, and place kicking from both Carbery and Quinlan was exemplary.

As for the Ulster boys, Stockdale and Arnold performed well in the back line, Thompson was the stand out player up front and Dow had a steady game at the back of an under-pressure scrum. Hooker McCall had a game he’d rather forget with problems in the line out and scrum, though his abrasive game in the loose may see him given another chance.