Ireland finished off the 2015 U20 World Championship in 7th place with a record of Played 5, Won 3. Two of the wins were against Scotland, one in their Pool matches and the other in their final match of the competition, the 7th Place Play Off. Ireland’s losses came against New Zealand, in the Pool, and Wales in the Play Offs.

Such are the margins in this brutal competition that a couple of bonus points in the Pool Stages could have seen Ireland finish fourth, with only two wins and a narrow defeat, but they really struggled to score, or should I say, they largely failed to realise the potential of their exciting back line. All in all, despite the somewhat upbeat coverage of the IRFU and the Southern Press. the Pool games consisted of battling wins against Argentina and Scotland before wilting in the face of a second half onslaught against New Zealand.

Unfortunately for the duration of the tournament, the back line looked to play well within themselves opting for doing the simple things right and taking few risks, making it all somewhat predictable.

I didn’t see much of the Play Off Stages but it appears to have been more of the same. Wales stormed to a 22 – 0 first half lead in the 5th Place Play Off before Ireland worked their way back in the second. However it was too little too late as Wales held on for a ten point win.

Some pride was restored with a second win over the Scots, in the final match, leaving Ireland with a 7th place finish.

I’d expected more from this group of youngsters at the start of the season after an exciting Interpro series, in truth I was expecting another top four, but it appears that the sum of the whole ios less than the sum of the parts and the 5th place finish in this season’s RBS U20 Six Nations wasn’t an aberration after all. England, France, and Wales all finished above Ireland in this competition as well, only Scotland lacking the strength in depth to repeat their Six Nations performance!

I don’t like criticising the U20’s, with young guys cutting their teeth in professional rugby, so I won’t and, in fairness, U20’s Manager, Nigel Carolan did an impressive job at Connacht Academy but something more than a low risk game plan is required if the U20’s are going to punch above their weight  – sounds somewhat familiar to Ulster’s season!

As for the Ulster boys, well, there were more positives than negatives. 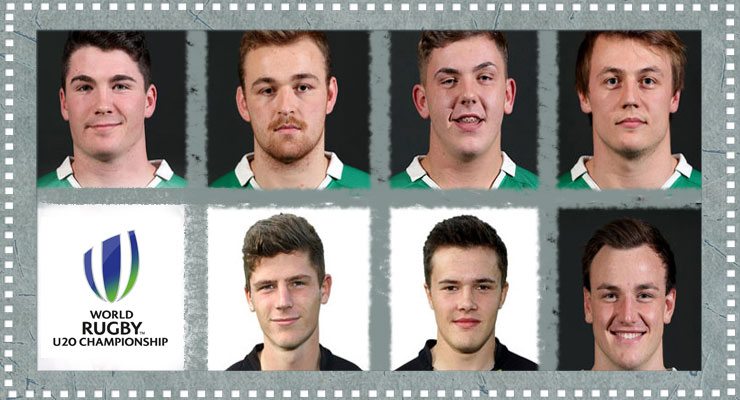 Sam Arnold was the pick of the backs. A rock solid defence and one of the few backs prepared to take a risk in attack. Jacob Stockdale had a solid enough tournament but played well within himself and Jack Owens will be disappointed that he only got two meaningful outings.

Lorcan Dow looks a mature player already, a natural replacement for Roger Wilson, and Alex Thompson was the pick of the squad with more than a few rampaging runs alongside his overall hard graft marking him out as one to watch.

Hookers Zach McCall and late replacement Adam McBurney had mixed tournaments. McCall’s excellent all round game was somewhat let down by his lineouts and scrums before he got injured, allowing McBurney a late call up. The youngster grabbed his chance, and the title of Ireland’s youngest player, with both hands. It’ll be an interesting tussle between this pair over the next few seasons!