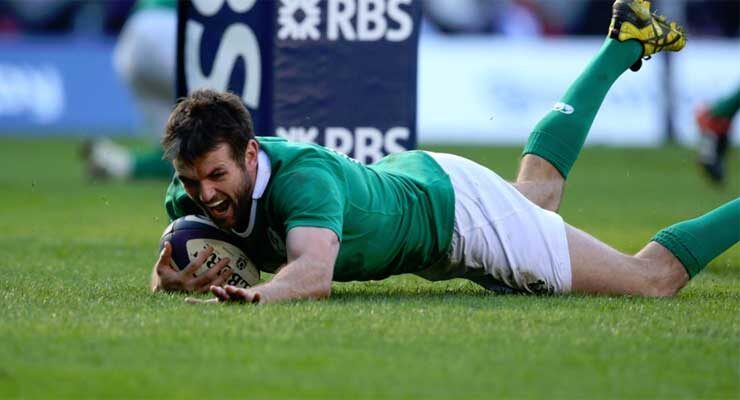 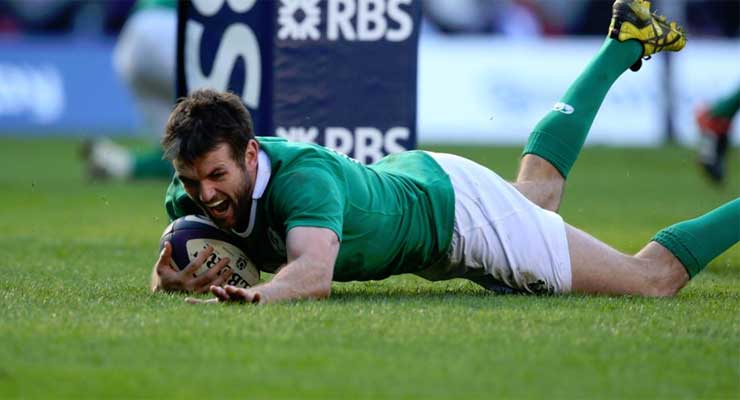 I was thoroughly exhausted by the time the final whistle blew in the final match of the RBS Six Nations Super Saturday. So much nervous energy was expended throughout the seven hour stint as emotions ranged from frustration to elation countless times throughout each game.

The first game, Italy v Wales, certainly got the blood boiling as Italy were forced into complete capitulation in the second half of their match against Wales.

After a competitive first half, where Italy matched Wales score for score, the teams turned round with Wales leading 10 – 12 and a long way short of posting a competitive target for Ireland and England. However all was soon to change.

An over officious referring display gifted Wales 21 points and with the Italian resistance thoroughly broken the Welsh ran in a total of 61 points. In a game where so many offences come down the the ref’s interpretation the man in the middle has, perhaps, too much influence but New Zealand referee Chris Pollock’s dismantling of the hosts unleashed a Saturday to end all Saturdays.

Next up was Scotland v Ireland with Ireland set a 21 point margin of victory to top the Championship.

It was a nervy enough first half from Ireland as Fitzgerald and Henshaw butchered a few chances down the left after Ireland had got the best of starts when Paul O’Connell crossed on the fourth minute following a break by Tommy Bowe.

Sexton converted and added a penalty minutes later but the nerves were shredded as chance after chance went astray and Laidlaw knocked over a penalty for the hosts before O’Brien crossed for another converted try on the 24th minute.

Scotland hit back with a try through Russell, converted by Laidlaw, to take the score to 10 – 17 before Sexton knocked over his second penalty to give Ireland a 10 point lead at the break! Half way there!

Sexton added a third penalty minutes after the restart and Jared Payne eased the pressure considerably when he ran a perfect line to cross on the 49th minute. Sexton’s conversion pushed Ireland 20 points clear with 30 minutes left to find at least one more point.

Sexton pushed Ireland top of the table with a 61st minute penalty and Joe Schmidt threw on the subs to finish the job. The fresh legs certainly re-invigorated the Ireland pack but it was two “old stagers” who made the vital plays with O’Brien crossing for his second try on the 71st minute, converted by Madigan, and Heaslip making a try saving tackle on Hogg in the closing minute – little were we to know how vital both those plays were to be!

And so the challenge was passed to England with a 26 point winning margin required if England were to snatch the championship from Ireland’s grasp! Twenty – six points against the French, no chance, or so I thought!

England outscored France seven tries to five in this twelve try feast of rugby, but France’s poor return from the tee, missing three conversions and a couple of penalties allowed England to open up a 20 point gap as the teams went into the final five minutes.

Nerves throughout Ireland were shredded as England pounded the French line for that Championship winning seven points but the Championship looked won as France were awarded a penalty on their own line with the clock past the 80 minute mark. Cheers of celebration throughout Ireland switched mid cheer to screeches of, “What the fuck are you doing?” as France opted to run the penalty from their own line only to be smashed back by the disbelieving English defence. Fortunately Rory Kockott saw sense and belted the resultant ruck ball to the sideline to end the game, Ireland winning the championship by six points! Phew!