By Editor on February 2, 2020 0 Comments
Big win for Carrick against Limavady in the Towns Cup
CLUB MEN ADVERTS
PRINTS

Carrick played a weakened Limavady side in the Towns’ Cup yesterday at Woodlawn. Their front row was weakened by injury and bereavement and consequently Limavady struggled in the set pieces.

The game was 14 minutes old when Limavady conceded a penalty try, after a series of 5 metre scum penalties. Carrick dominated the set piece and loose play. 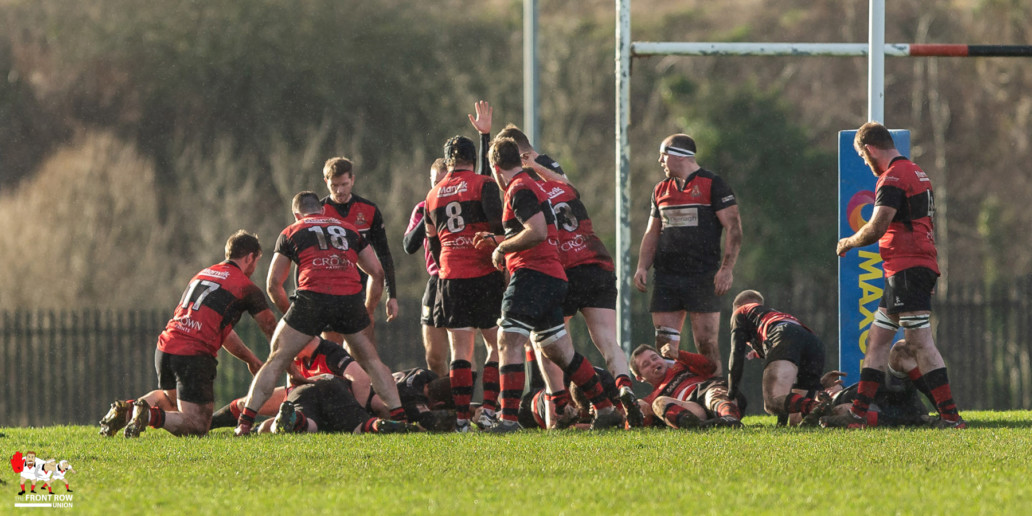 Limavady try to break out in the first half.

Limavady made occasional forays out of their half but a blanket Carrick defence did not buckle leaving the half time score 26 – 0 in their favour.

The 2nd half was very much the same fare. Johnny McIlwaine and Brian Alexander added unconverted tries for Carrick before Limavady flanker Ben Reilly got over in the right corner for their only score.

Limavady claim a second half score.

Carrick tries by Matthew Hadden and Andy Keen, converted by David Cause and Adam White competed the scoring to give Carrick a comprehensive 50 – 5 victory and passage to the next round.