Queen's University pulled away in the final quarter to record a 33 - 26 win against Ballymena in this entertaining AIL 2A match.
Club Men

By Editor on January 27, 2020 0 Comments
Queen's University pulled away in the final quarter to record a 33 - 26 win against Ballymena in this entertaining AIL 2A match.
CLUB MEN ADVERTS

Queen’s continued their winning start to the New Year with a hard fought 33 – 26 win against Ballymena in the Energia AIL 2A at The Dub Sports Arena on Saturday afternoon.

I arrived at The Dub just in time to see the Queen’s scrum half Matthew Keane go over in the corner for the opening try, minutes into the game and as Queen’s enjoyed the better of the opening exchanges Keane was on hand to stretch for the line, close to the posts, for his second score. Richie McMaster added the conversion to give Queen’s a 12 – 0 lead after 14 minutes.

Ballymena worked their way back into the game in the second quarter but they were unable to break down the Queen’s defence and they had to settle for a couple of Tim Small penalties which left them trailing 12 – 6 as the teams changed ends. 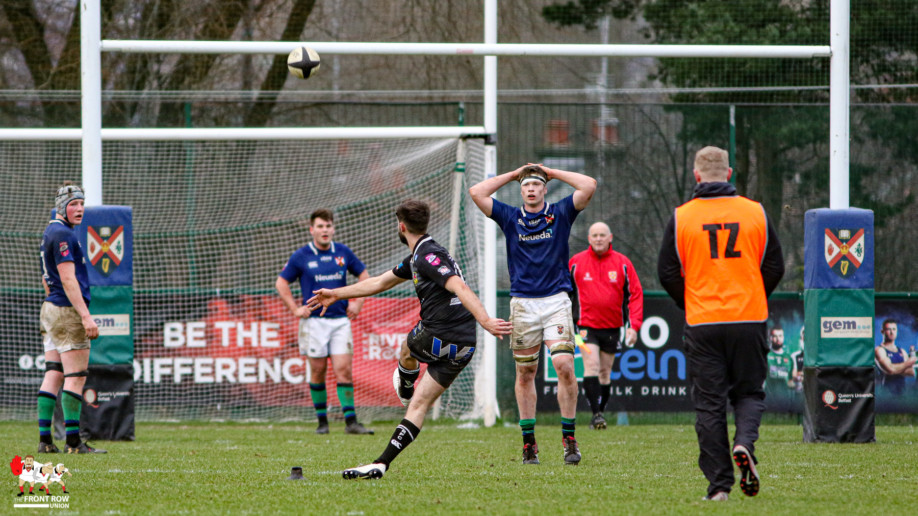 Tim Small sends a first half penalty on it’s way

The visitors enjoyed a purple patch at the start of the second half and raced to a 12 – 20 lead with tries from Dean Reynolds and Glenn Baillie, both converted by Small. 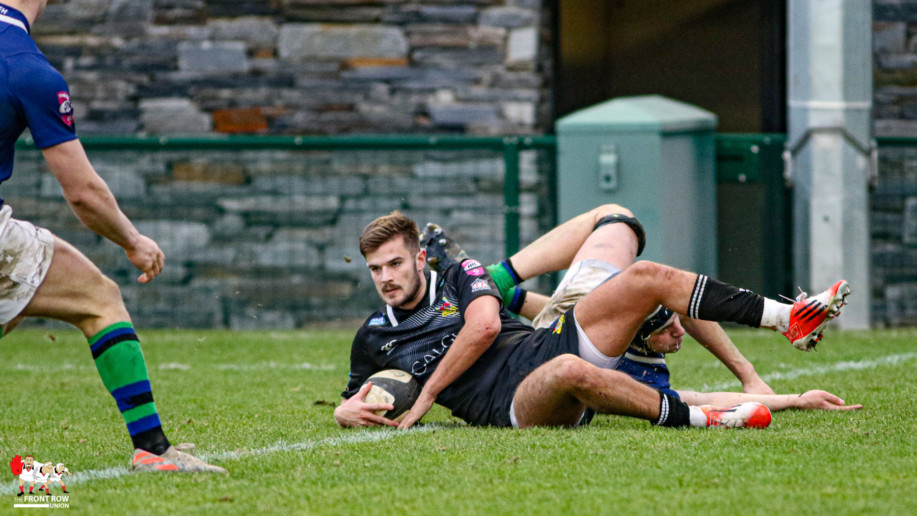 Dean Reynolds slides over for Ballymena in this entertaining AIL 2A match.

A break from Queen’s left wing saw him dot down under the posts, for McMaster to convert, to make it a one point game but Small pushed it out to four points shortly after with another penalty for the visitors.

However two tries in quick succession pushed the game firmly in Queen’s favour. The first was a cheeky number from scrum half Keane who completed his hat trick by doting the ball against the post padding, after a pile up on the Ballymena line. Minutes later David Whitten made one of his trademark breaks through the centre to cross unopposed. McMaster converted both to give Queen’s a 10 point lead at 33 – 23. 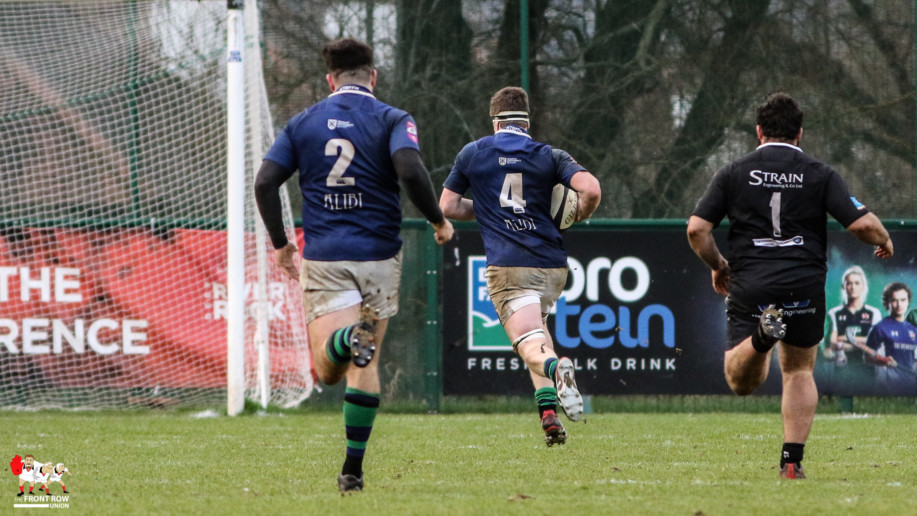 Ballymena pushed hard for the remaining 15 minutes but, once again, the Queen’s defence stood firm. The visitors did get some reward for their efforts when a last minute penalty gave Small the opportunity to take a deserved losing bonus point from their trip to Belfast.

In the other matches in Energia AIL 2A Ulster club Rainey OB produced the result of the day with a 23- 15 win against runaway league leaders MU Barnhall who had gone 28 league games undefeated. The results for the weekend as follows.

The results leave the league as follows. 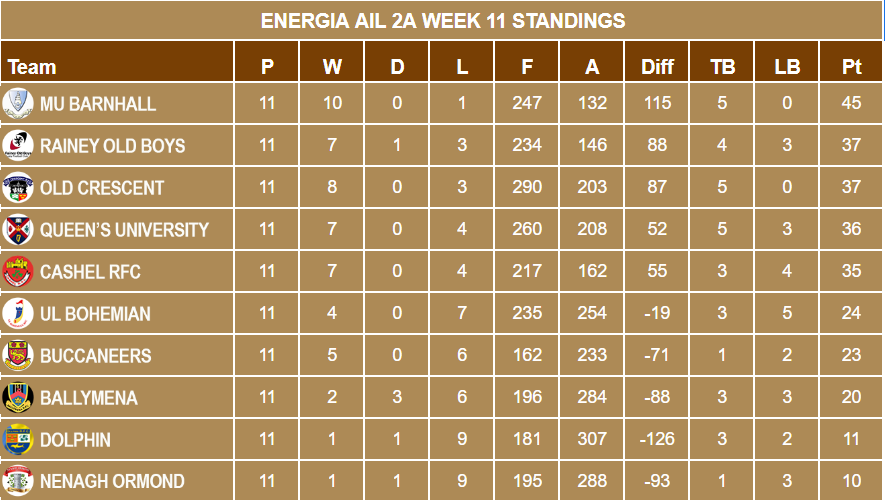