By Editor on November 11, 2019 0 Comments
Bangor fight back to record a 10 - 7 win against Tullamore in the Energia AIL 2C on a wet and miserable Saturday afternoon at Uprichard Park
CLUB MEN ADVERTS

We have a look at one of the most competitive All Ireland Leagues, AIL 2C, where only two wins separate top from bottom.

The three Ulster Clubs, Bangor, City of Derry and Omagh had got off to a slow start with all three at the bottom of the table after a couple of weeks but the have had something of a revival with all three wining this weekend to see Omagh and CoD go to 4th an 5th respectively, Bangor starting their charge at 9th.

The first half at Uprichard Park ended without score as both sides struggled to come to terms with the conditions in an evenly matched contest.

Tullamore started the second half strongly and despite a missed penalty attempt, they opened the scoring with centre Jose Arrubarena crashing over close to the posts for Craig Stronge to convert. 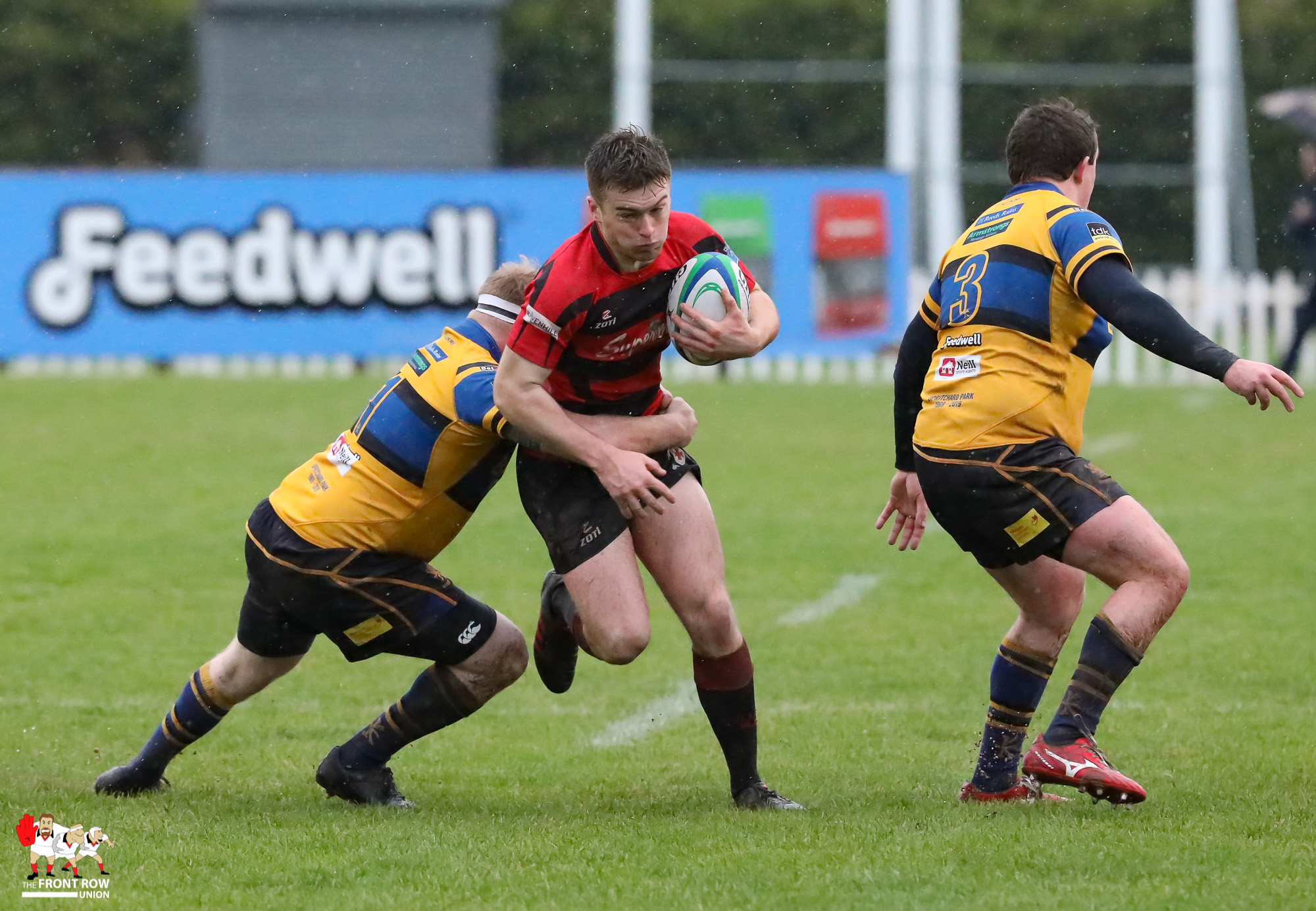 Tullamore upped their attack at the start of the second half.

Bangor, who had relied on a strong kicking game, also started to get on top in the scrums and a series of penalties saw them work their way towards the visitors line. A couple of collapsed scums later and the referee was running under the posts for a penalty try for Bangor to take the score to 7 – all. 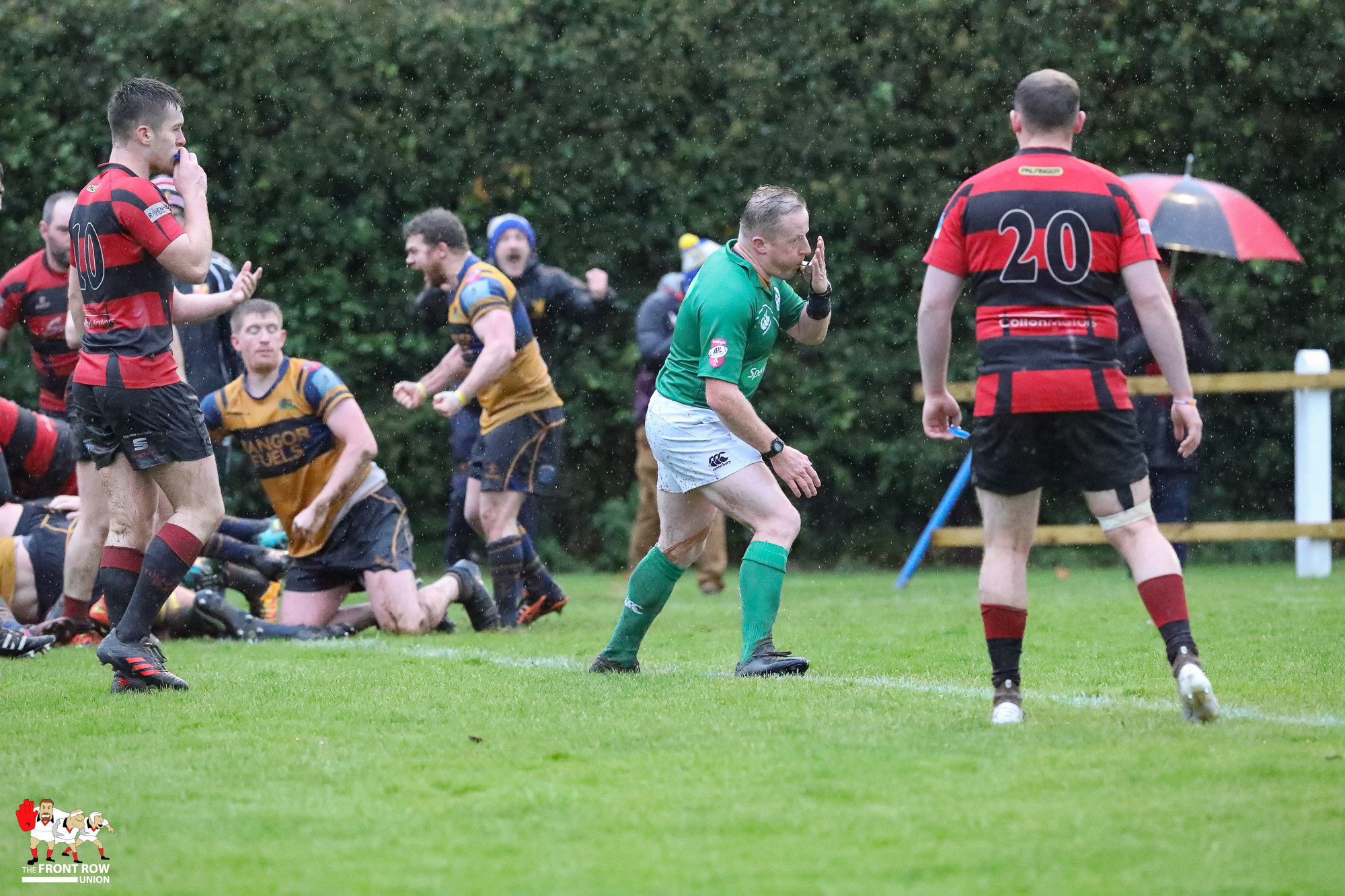 Their scrum advantage kept Bangor in the driving seat but the Tullamore team were resolute in their defence until the closing minutes when a Nathan Graham penalty gave Bangor the lead for the first, and final, time.

The home side saw out the closing minutes to record a much needed win to move off the bottom of the table.

Pictures below from Richard Owens.