You are at:Home»Club Men»Energia AIL 1B: Malone 8 St Mary’s College 13.

I travelled to Gibson Park on Saturday afternoon to cover a double header of Malone v St Mary’s in the AIL and Grosvenor v Ballyclare in the Junior Cup.

Unfortunately, with only one pitch playable at Gibson Park, the Grosvenor v Ballyclare game was postponed and the incessant rain and cold meant I didn’t get the free flowing extravaganza in the Malone game after St Mary’s brought the home sides run to an end with a hard fought 8 – 13 win.

All credit to the visitors, they set about this game with some determination and dominated the bulk of the opening quarter, keeping Malone pinned deep in their own half. 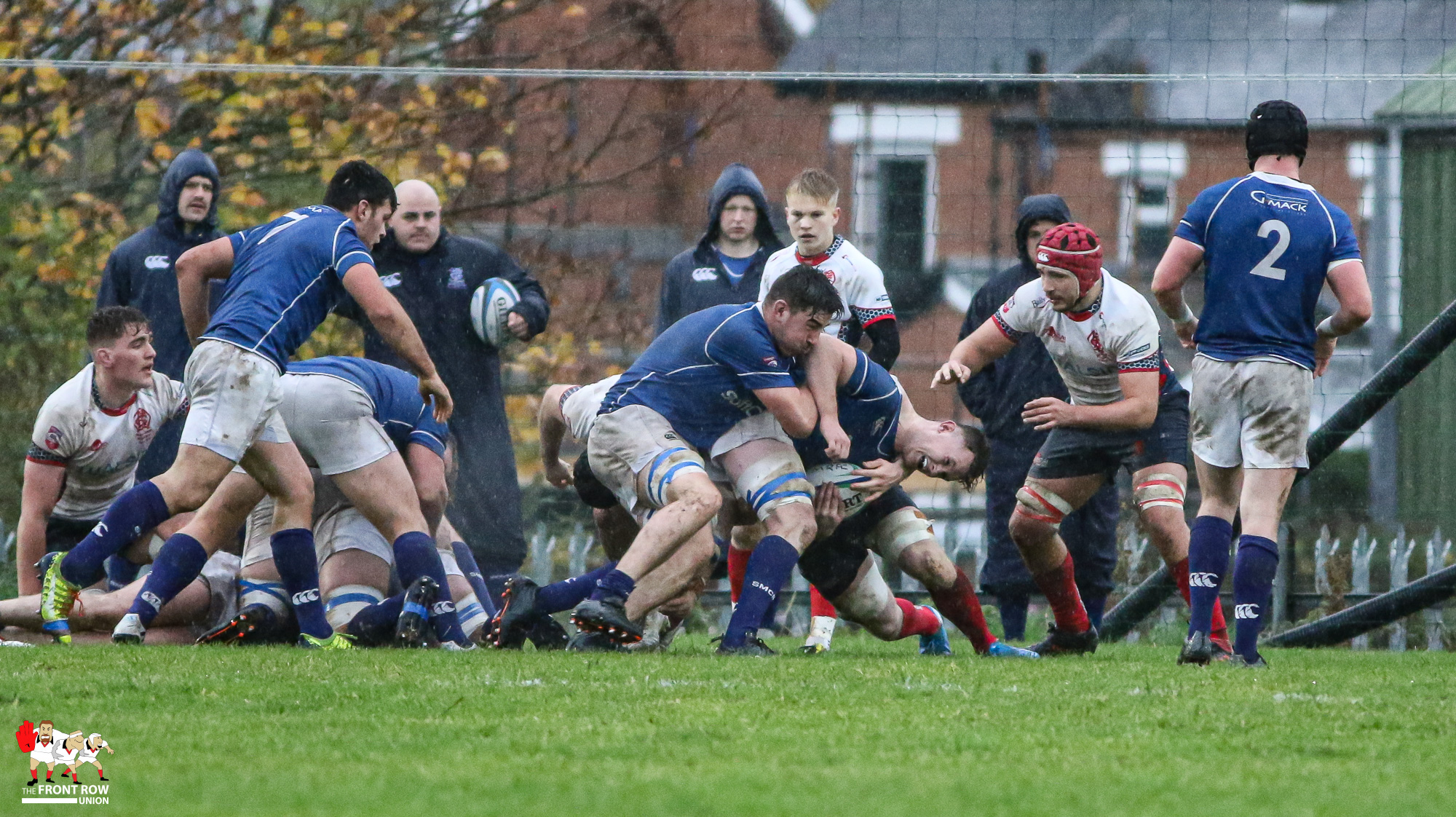 St Mary’s laid siege to the Malone line for much of the first half.

However, they only had a tenth minute Ruairi Shields penalty to show for their efforts and the visitors ambitions took a hit when Malone broke out for Johnny Milliken to slide home in the corner for the opening try to give the Red Sox a 5 – 3 lead. 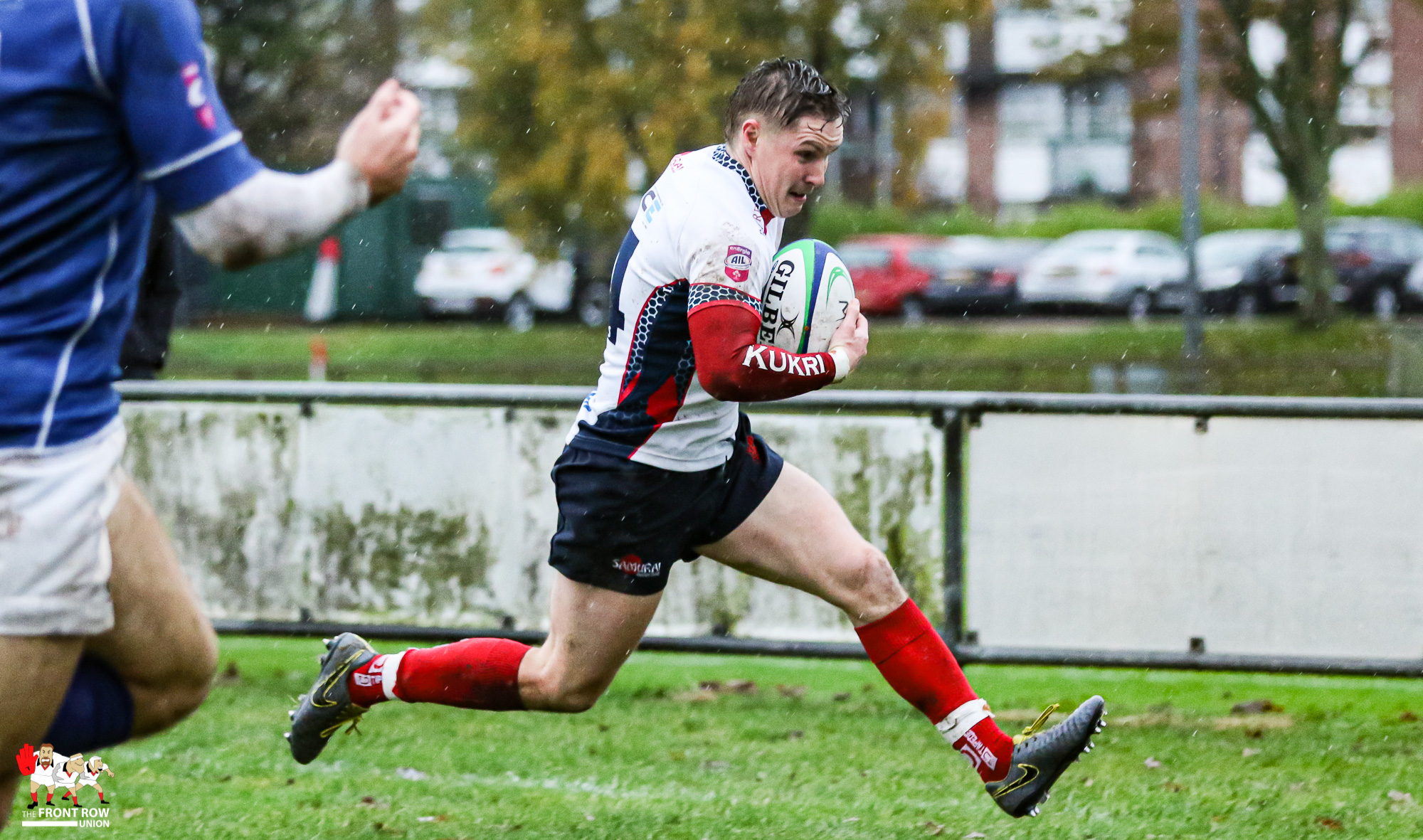 Johnny Milliken heads for the try line for the opening try.

Malone held on to that two point lead for an attritional 40 minutes, the roles changed as Malone kept St Mary’s pinned in their own half but, as the game approached it’s final ten minutes, the visitors edged ahead by a single point as Shields landed his second penalty following a rare excursion into Malone territory. 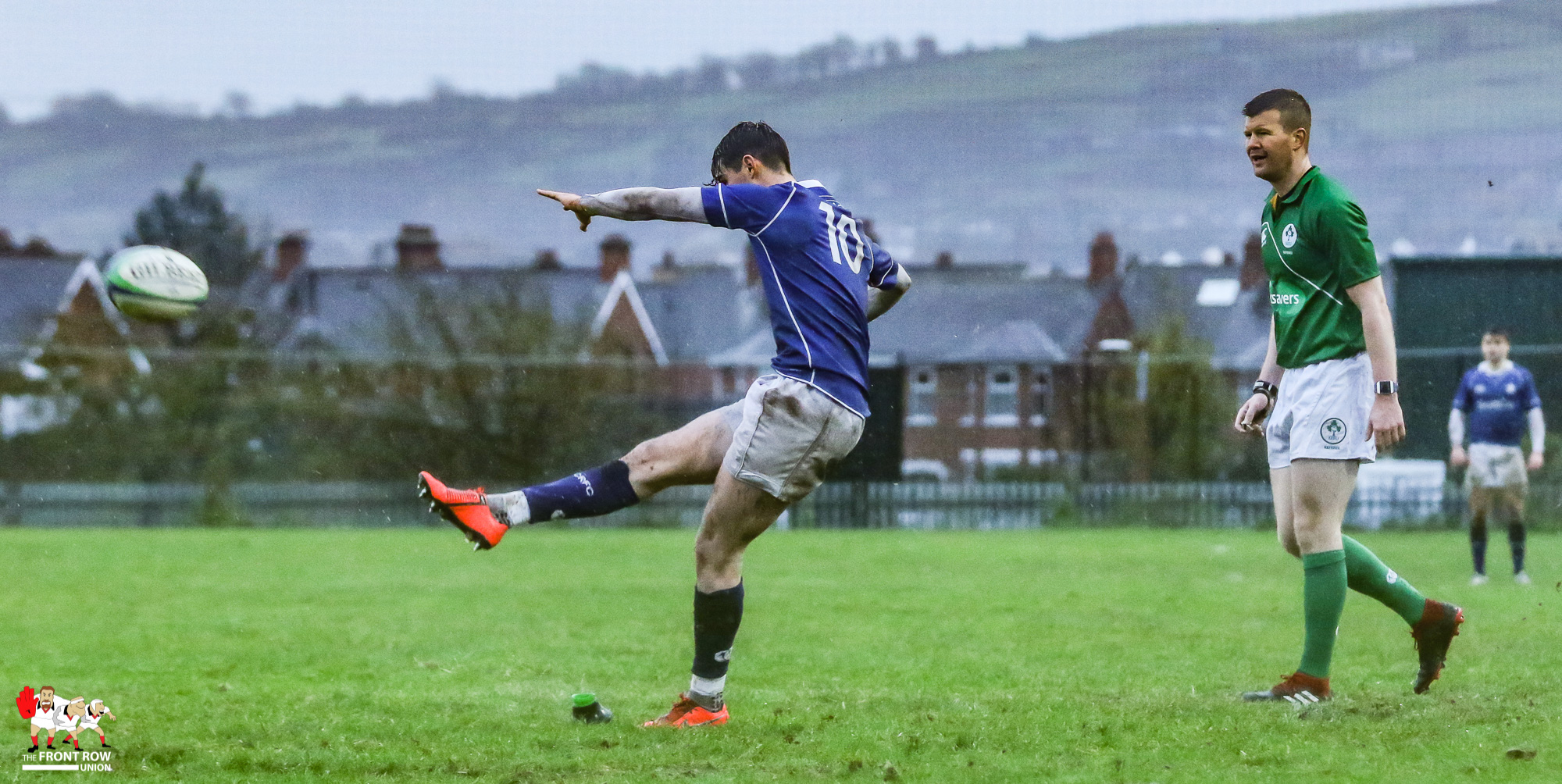 Ruairi Shields edges St Mary’s back in front with a late penalty.

By that stage the rain, cold and dark was effecting both cameras with the lenses continually misting over so having bagged pictures of Milliken and Shields I scampered back to the car to warm up.

The game still had some life however as Jack Milligan landed a late, late penalty for Malone to edge them back in front before St Mary’s Michael McCormack stole the show with an even later try, converted by Shields, with the last play.

Heartbreak for Malone but, on the balance of play, a deserved win for the visitors.

Despite the conditions we still got 150 odd pics from the game.