Old Wesley come out on top against Banbridge in the opening round of Energia AIL 1B at energia Park on Saturday afternoon.
Club Men

By Editor on October 7, 2019 0 Comments
Old Wesley come out on top against Banbridge in the opening round of Energia AIL 1B at energia Park on Saturday afternoon.
CLUB MEN ADVERTS

It was a busy week in the AIL with all five of the senior men’s leagues kicking off for the first time this season.

It was not a spectacular weekend for Ulster clubs. Over their 12 matches they only posted three wins and one draw. Of their eight losses, five were with a losing bonus point. None of the clubs posted a try bonus. This gave them a points pick up of 32%.

The winning clubs were City of Armagh (1B), Queen’s University (2A) and Bangor (2C).

We hope to phase in some of the Division 2 matches in the coming month but at the minute we’ll be concentrating on 1A and 1B.

The results from Round 1 are shown below. 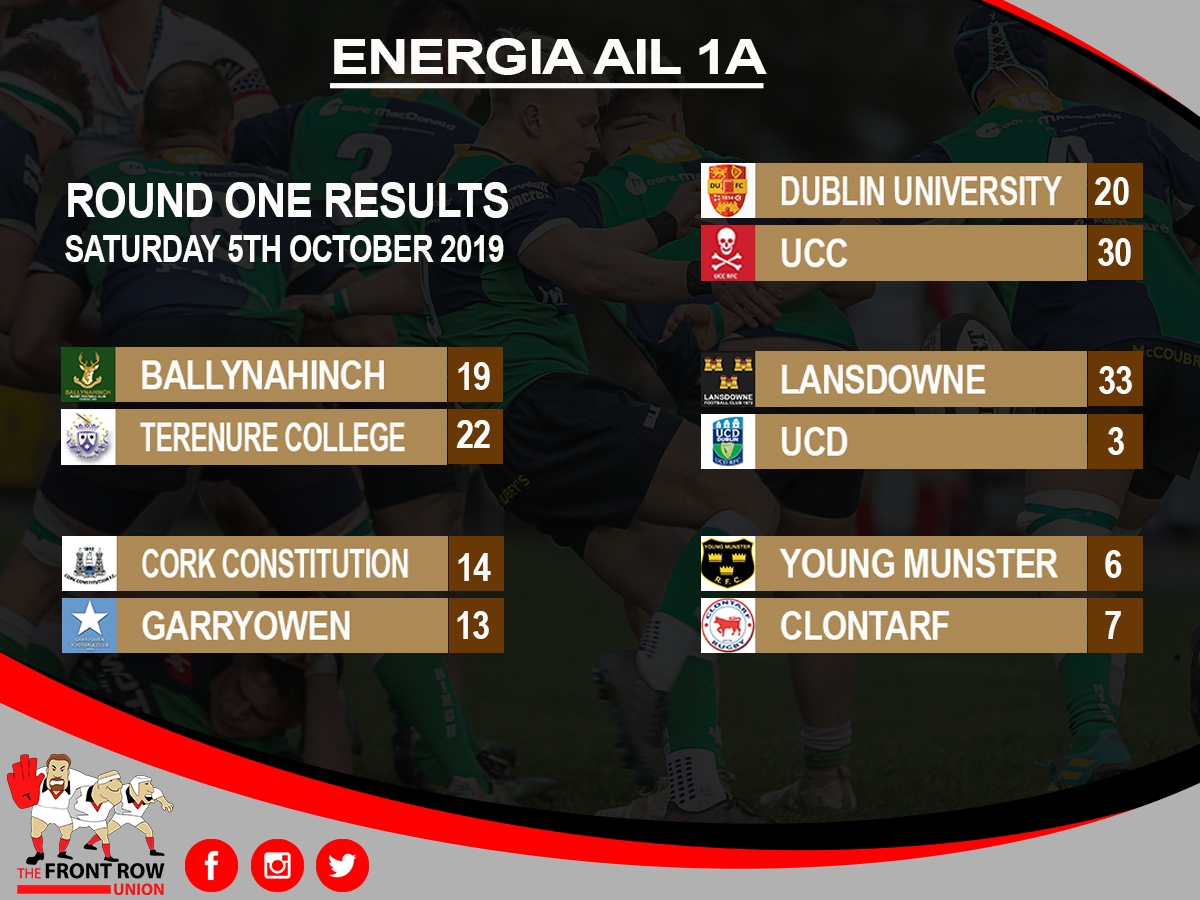 Ballynahinch are the only Ulster club side in 1A, following promotion from 1B last season, and it’ll be a year of consolidation for the men from Ballymacarn Park.

Four of their matchday squad have been heavily involved with Ulster A’s Celtic Cup campaign so it’ll be a few weeks before they fully hit their straps  though they will be disappointed to have lost by such a narrow margin at home, despite picking up a losing bonus.

In hooker Tom Stewart and back three player Conor Rankin they have two of the most exciting Academy players and with, last season’s FRU AIL1B Player of the Year, Ross Adair in sparking form for Ulster A in recent weeks I’m expecting some big performances from the Co Down side once they are all fully embedded with their club.

The results leave the league table as follows.

We’ll be keeping track of the scorers in 1A  this season and Hinch’s Sean O’Hagan has started off his season at his new club in second place with a 14 point haul over the weekend, Lansdowne’s Tim Foley leads the way with 18 points. The rest of the Round 1 scorers can bee viewed below.

The results from Round 1 are shown below. 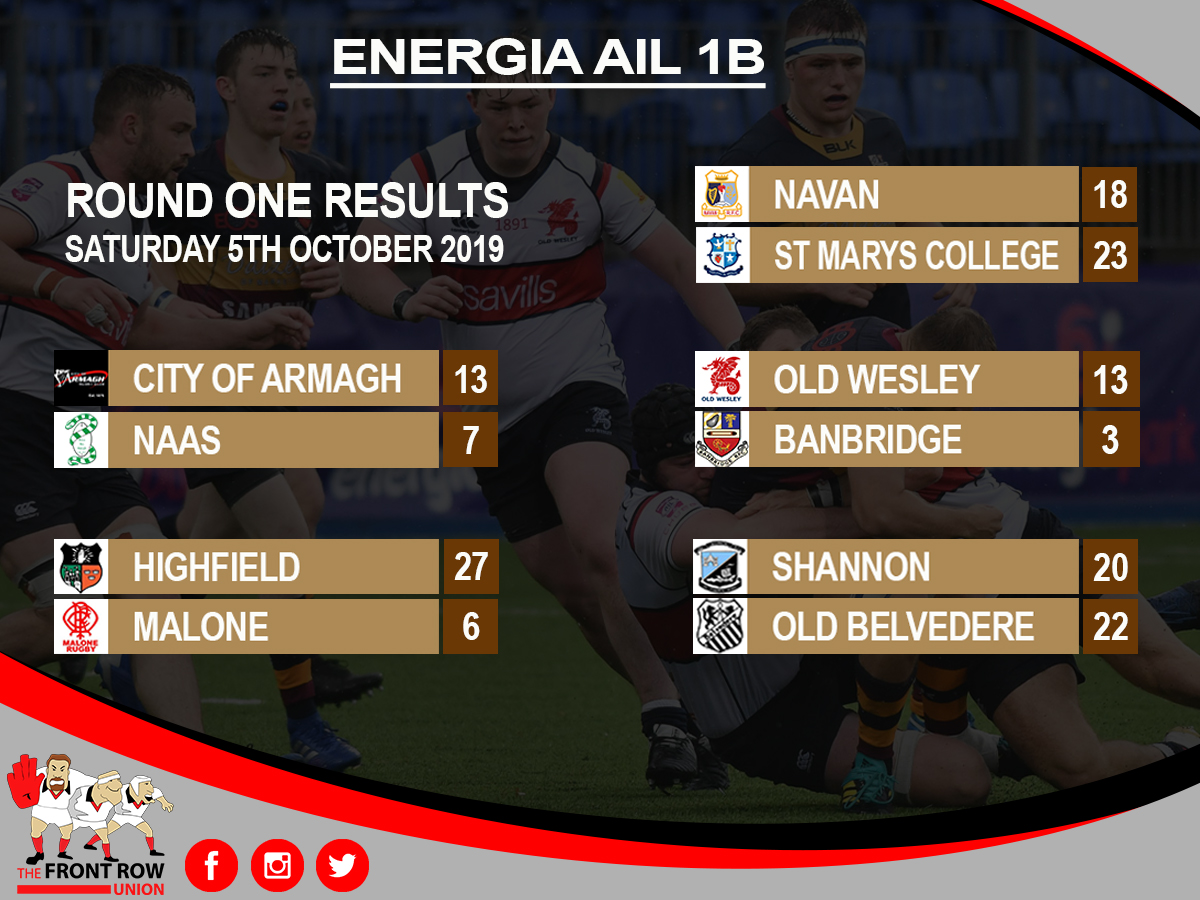 It was a quiet start to AIL 1B on Saturday with the teams only scoring a total of 13 tries compared to the 32 they notched on opening day last season.

City of Armagh were the only Ulster club to pick up a win though Malone and Banbridge will not be overly concerned; with their Academy players forming the bulk of the Ulster A squads in previous weeks they still have quite a few players to return to their club ranks.

However, Banbridge will still be disappointed to have come away from a scrappy game at the Energia Park with nothing to show in a game that neither side dominated.

The  results leave AIL 1B as follows:

As we said above, the scoring was pretty subdued across the league but Belvo’s Steve Crosbie has got off to a filer with five penalties in their win at League newcomers Shannon as he looks to improve on his 3rd placing in last season’s Leading Scorers table.

With 21 penalties and 13 conversions it was a good day for kickers across the league who recorded a remarkable 92% conversion rate, which compares rather favourably with AIL 1A who could “only” manage a 75% conversion return.

However, last season’s leading scorer, Peter Osborne, will be hoping for a few more chances in the coming weeks having only clocked up a measly two points in Nass’ defeat at the Palace Grounds.

If you enjoy this content and are not a member then please consider signing up to our membership scheme. By becoming a member you will help us send a photographer to more matches in the AIL across all five leagues in the coming season.