You are at:Home»Ulster»Ulster Women»Ulster Women: Our Lionesses progress to the Interprovincial Final.

Ulster Women: Our Lionesses progress to the Interprovincial Final.

By Editor on September 15, 2019 0 Comments
Ulster's Rachel McGee goes over for the winning score.
ADVERTS

Our little lionesses have done it again!

Report and pictures from Bob Given Photography

Toni Macartney leads a break out from deep.

Following sustained pressure Connacht scored an unconverted try on 25 minutes, then took the lead into half time with a converted try in front of the posts to lead 12 – 5.

Early pressure yielded a Connacht penalty goal 4 minutes into the second half.

Not to be outdone a back line break and  a fine arcing charge by Ulster flanker, Erin Carson, saw her score under the posts. Lucy Turkington added the points and Ulster were back in the game for a short while.

Connacht increased their lead on 50 minutes with a converted try to lead 22 – 12. and they continued to pile on the pressure. It seemed that the game was slipping away from Ulster.

However, a fine break by Ulster’s Mya Alcorn and slick hands to Zara Flack, allowed the centre to score an unconverted try. 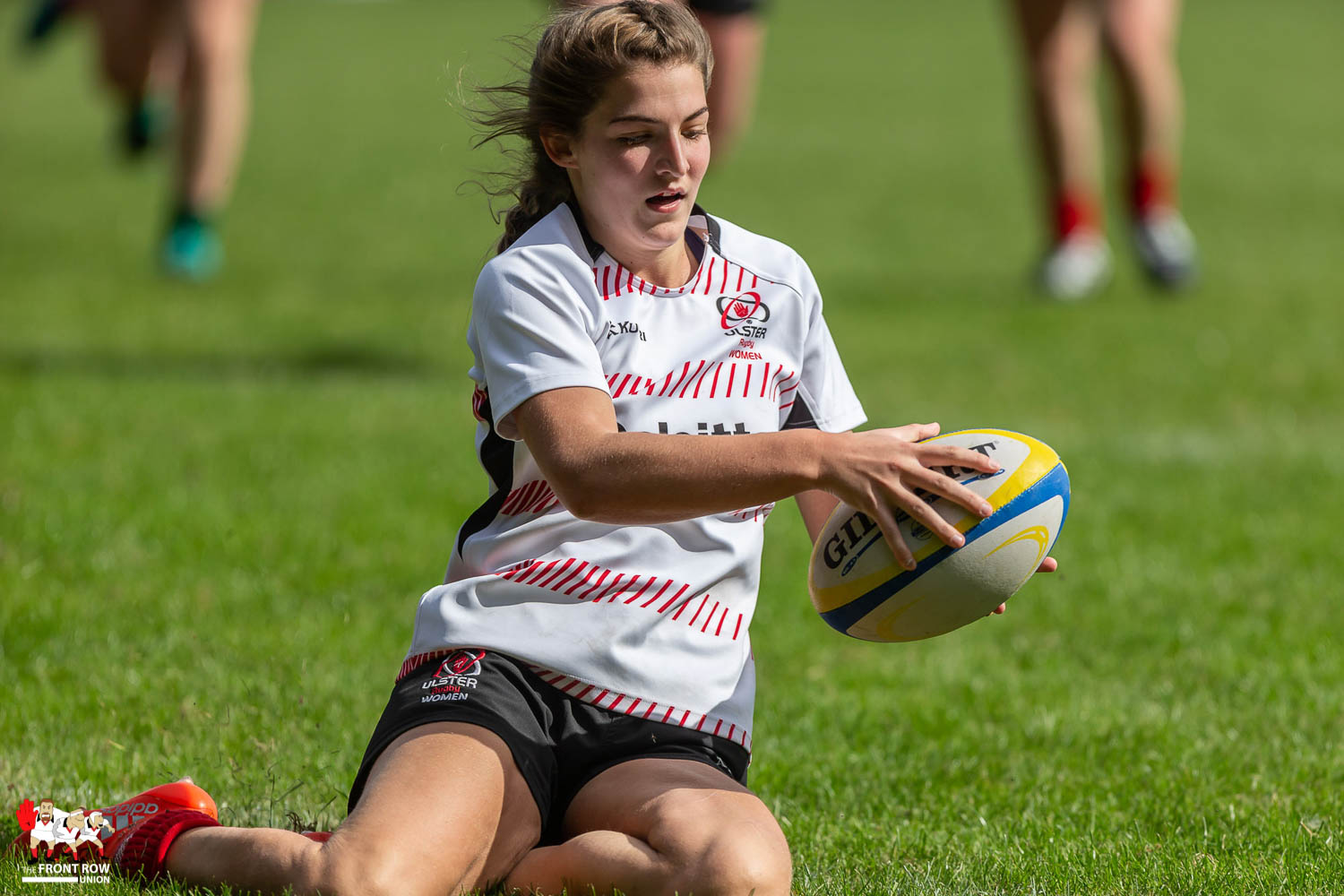 Zara Flack goes over for Ulster in the second half.

With only a couple of minutes remaining a bullocking charge from near the halfway line saw replacement Rachel McGee score mid way out. Lucy Turkington nailed the conversion and Ulster survived the final few seconds to win 24 – 22 to secure a place in the final, where they will meet Munster Girls.