You are at:Home»Club»Club Women»Club Women: Quins open Deloitte Conference campaign with a win.

Belfast Harlequins Women went straight to the top of the Deloitte Women’s Conference with an opening day win against North Down Women at Deramore Park on Sunday afternoon.

Quins started the game strongly with their powerful pack taking the ball up to the North Down 22 for Carys Hunniford to force her way over, assisted by Khloe Millar, for an unconverted try. 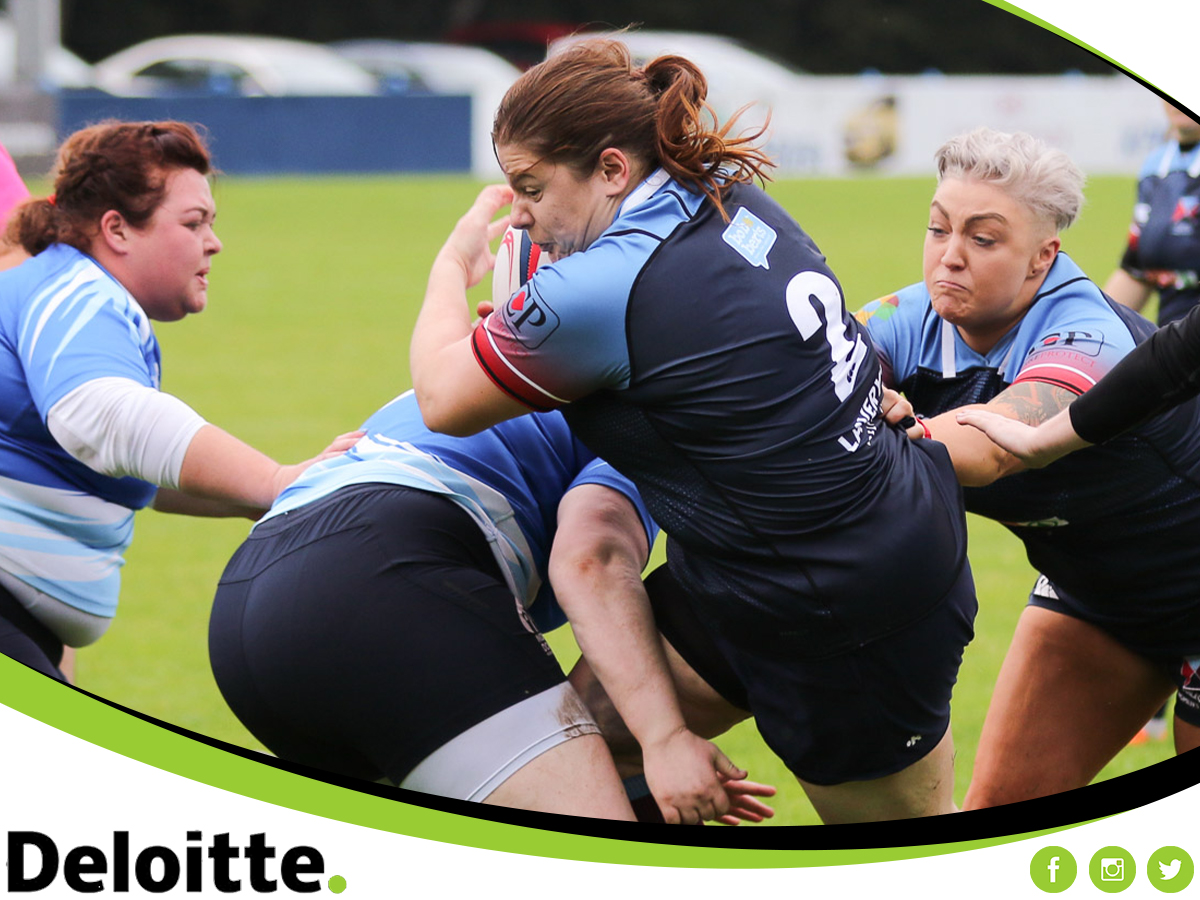 Quins Carys Hunniford forces her way to the line, assisted by Khloe Millar

Minutes later Millar was providing the extra thrust behind Aimee McNeice’s drive for the line for their second try following a sliced clearance kick.

Down worked their way back into the game and enjoyed a good spell of possession in Quins territory but following a turnover Quins worked their way down field for Hunniford to force her way over for her brace, following good work by Claire Gilmore. Melissa Traynor added the extras to give Quins a 17 – 0 lead.

With the rain starting to come down steadily the handling conditions were difficult and another turnover saw captain Lesley Winder break from deep to sprint for the line to take the score to 22 – 0 in Quins favour on the 20 minute mark. 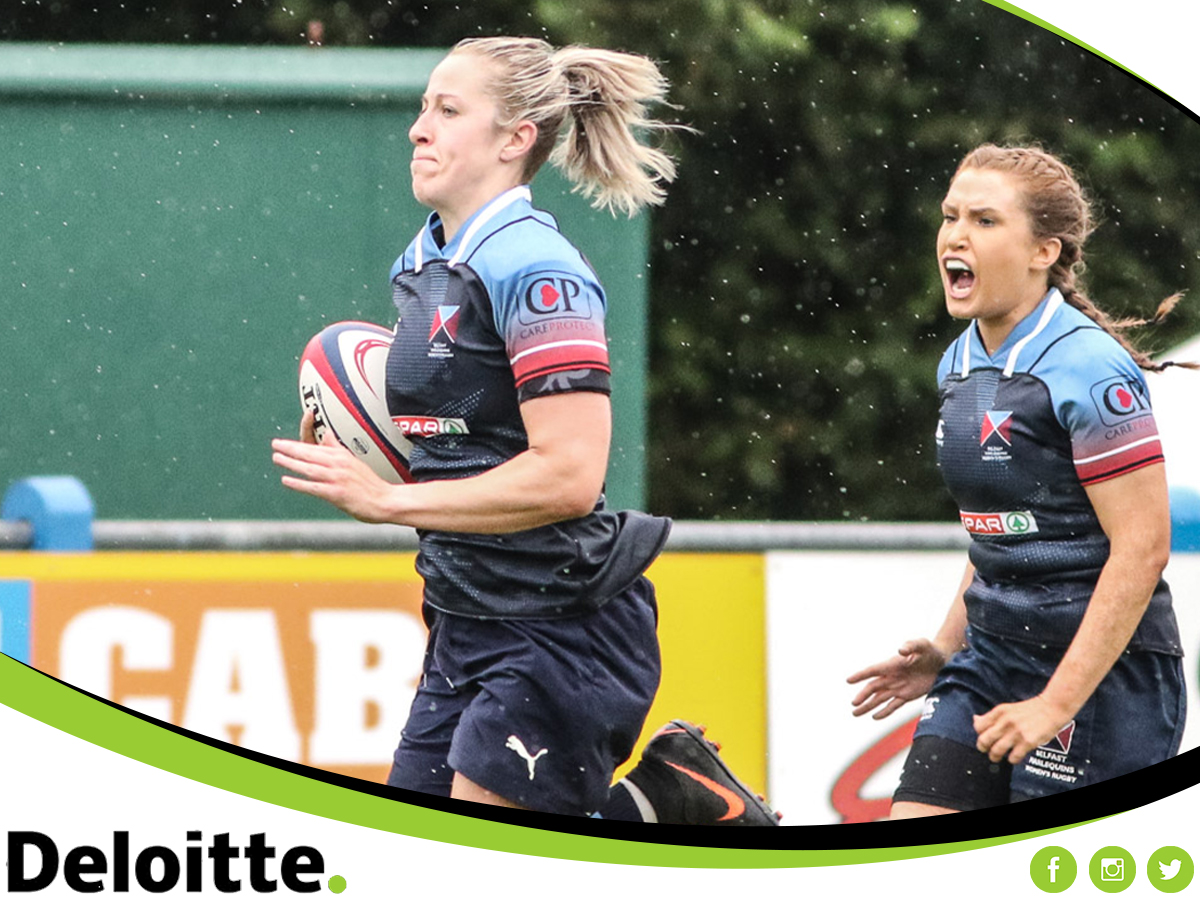 However, North Down had been enjoying more and more spells of possession and they put pressure on Quins for the remainder of the half. Unfortunately for the visitors they were unable to break down the home teams defence and the teams turned round without further score.

The second half was a much more even affair with Quins adding two more tries. Athanasia Lupini-Purchase crossed on the 50th minute with Traynor converting and Aoife McTaggart went over on the 70th minuet with Stacy Bryce adding the extras.

North Down got some reward for their work throughout he game with a late try from Brown with Hutchinson adding the extras to give a final score of Belfast Harlequins 36 North Down 7.