The Showpiece Final for the Women’s Club Super Sunday at Carrick Rugby Club wasn’t the tense thriller I was hoping for as a rampant Queen’s University put an understrength Cooke 2nd XV to the sword in a dominant first half performance that saw the students run in six tries.

Queen’s started the match determined to prove The Front Row Union wrong in our pre-match prediction and an early try from the student’s Beth Taylor set the tone. 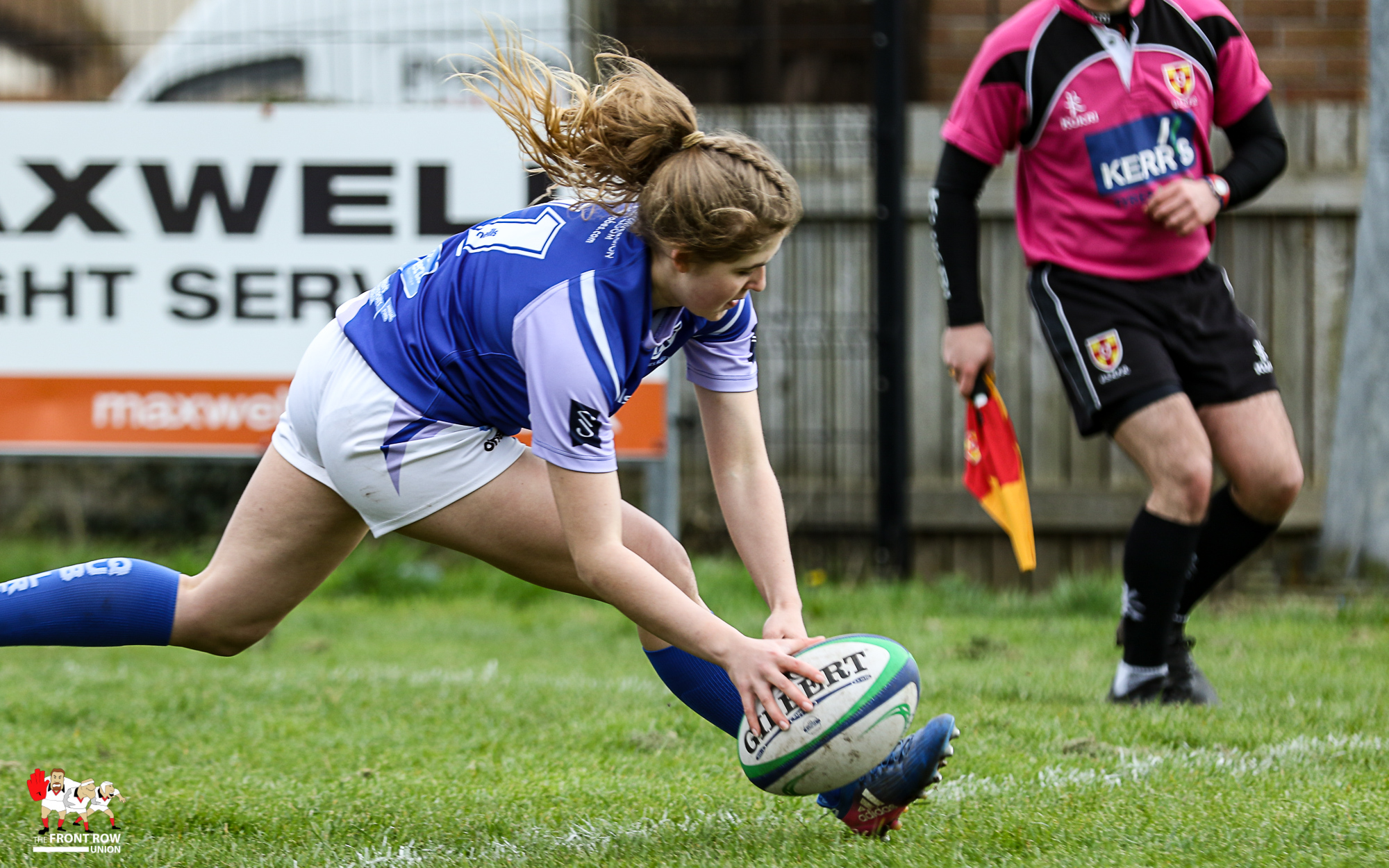 Beth Taylor goes over for an early try.

Further tries followed from, the impressive, Diane Ramsey, Shannon Buller and Ally McIlwaine before the talented Ms Taylor crossed for her second and Queen’s fifth. Aisling McMahon completed the try scoring in the first half with Buller converting five of the six tries.

A much improved Cooke side edged the second half, in terms of territory and possession, as both teams made changes at the break. However, it was the accurate Queens side that scored first, after the break, as, inspirational captain, Ramsey broke from deep to cross for her second try. Claire Doherty stepped up to add the conversion.

Dianne Ramsey runs one in for Queen’s

Cooke pushed hard for the remainder of the game and they came close on several occasions only to be let down by poor ball control in the red zone. They did, however, finally get some reward for their efforts when Sophie Allen battled to the line for their only score.

Queen’s domination of the Women’s Championship Division 2 and their Junior Shield win will have a few of the sides in Championship 1 sitting up and taking note for next season!