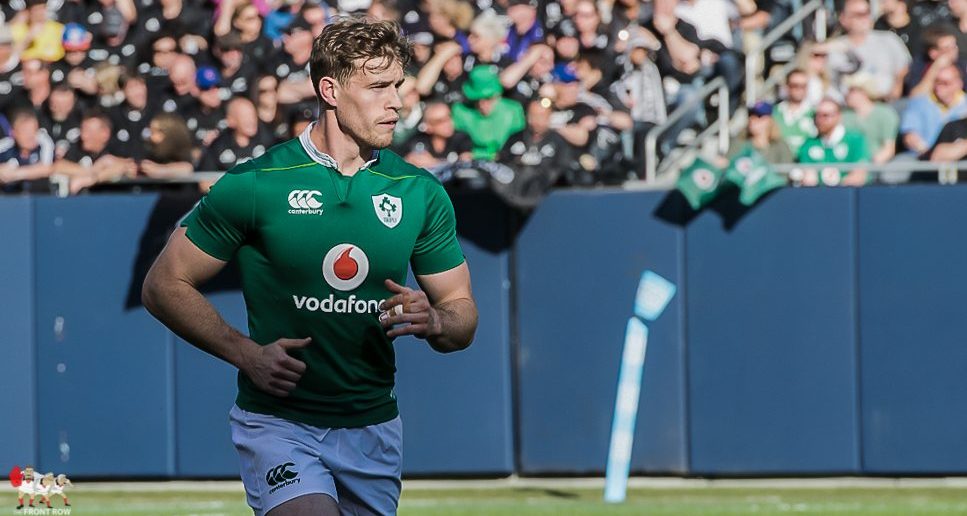 What a game by Trimble! One of 23 Men of the Match!
Autumn Internationals

This is one of those games that will live long in the memory of those lucky enough to watch it live, a fantastic display of grit, determination and sheer bloody mindedness mixed in with a wonderful exhibition of skills from a team that simply refused to be beaten.

I left this write up for a few days so I would ease up on the hyperbole, but I think I’ve already overdone it with that opening sentence.  😆

To be honest I didn’t give Ireland much of a chance when I wrote my fairly dismissive preview but this was one of those matches that comes along every so often and throws form out the window, and what a joy it was to be so wrong. 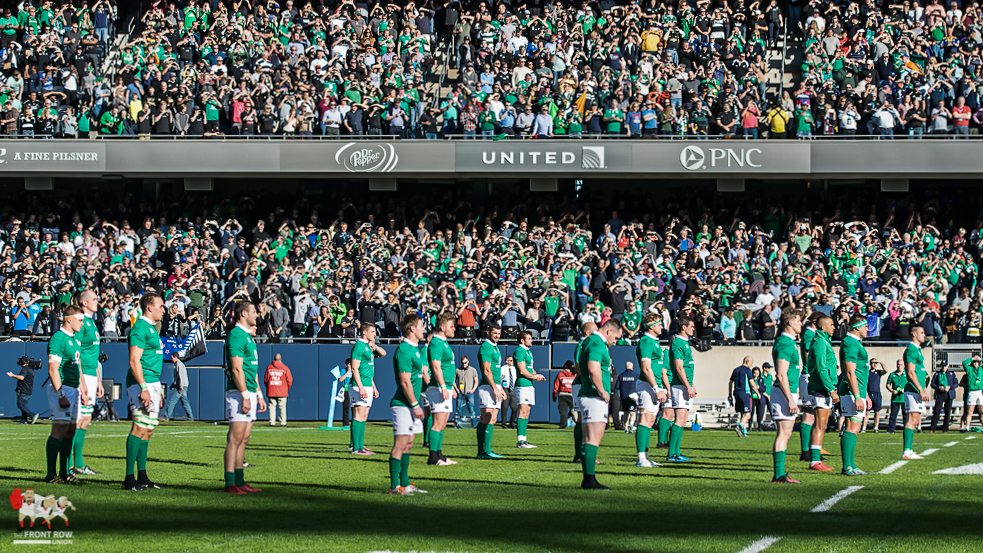 I’m sure you’ve all read plenty on this match by now, it seems like every other social media post is analysing moves to the nth degree and attributing almost mystic powers on players who, at the end of the day, just played harder and faster rugby than their opponents. They harried their opponents at every opportunity and chased down every lost cause to turn them into a source of points – it really was that simple.

Set your platform up front and get your opponents on the back foot and any game is winnable, but don’t underestimate the huge physical effort and the unwavering belief in your team mates that this requires; especially when you are playing the best in the World!

Ireland certainly came out bristling at the start of this game at Soldier Field, Chicago, having got more out of their fitting tribute to Anthony Foley than the All Blacks got out of thier theatrical haka and by the fourth minute Johnny Sexton had them in the lead with a successful penalty.

New Zealand hit back a minute later with a try from George Moala but from then on the half was dominated by Ireland. 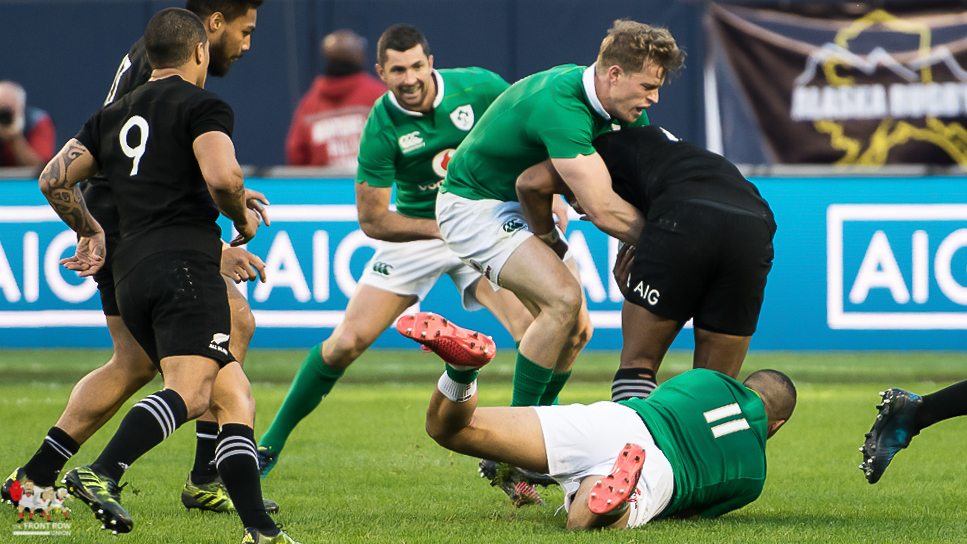 A yellow card for New Zealand prop Joe Moody, following a tip tackle on Robbie Henshaw, on the 8th minute opened the door and Ireland raced through, Jordi Murphy and CJ Stander both touching down before Moody returned. Sexton converted the first but missed the second giving Ireland a 15 – 5 lead before the first quarter was out.

The frantic pace settled slightly in the second quarter as Barrett and Sexton swapped penalties but Ireland were on 72% possession at that point and more scores had to come. An up and under by Sexton was collected by Murray to set Ireland up in the New Zealand 22 and at the next ruck the Ireland scrum half sold an outrageous dummy to sprint for the line unopposed. Sexton converted and Ireland took a 25 – 8 lead into the break. Unbelievable!

Crucially Ireland got the first try of the second half, Simon Zebo going over out wide after a big drive from a lineout. The try went unconverted but at 30 – 8 there was surely no way back for the All Blacks?

Oh dear! A quick reply from TJ Perenara, converted by Barrett moved the score to 30 – 15 and memories of New Zealand’s comeback at Lansdowne Road in 2013 came flooding back.

Minutes later they are at it again as Ben Smith went over in the corner and Barrett converted to make it an eight point game with 24 minutes left. I nearly walked away at that point, another defeat would be just too much. 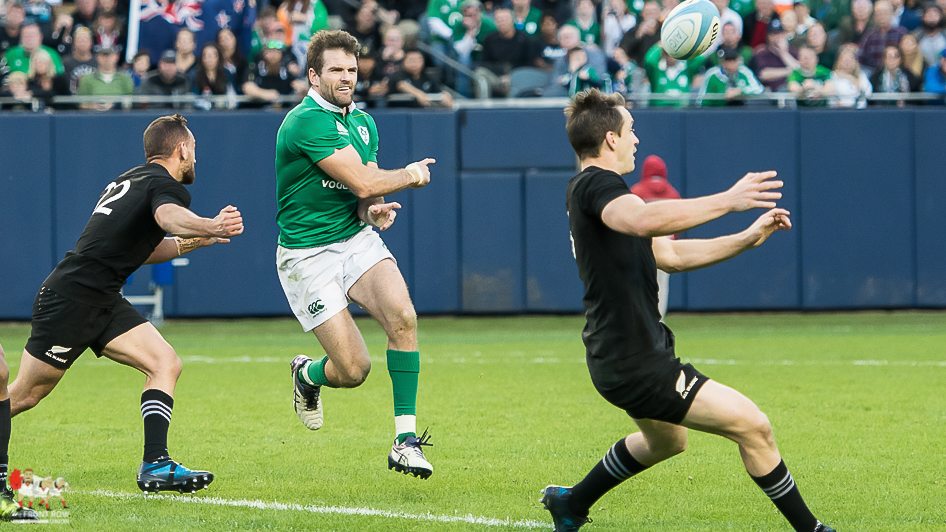 Thankfully this Ireland side had more belief than me. Murray, with Sexton getting treatment, knocked over a penalty to give some relief but by the 65th minute it’s a four point game after Scott Barrett scored and hishis brother converted! Shit!

I’m watching the game from behind a cushion at this point, practically chain smoking, as the pressure ramped up over the next ten minutes. However, from what I saw Ireland were still looking strong and, thank you jebus, they find that little bit extra to get the decisive try with five minutes to go.

It came from a fairly innocuous looking kick, from Zebo, made wonderful by the six Irish players that chased it down and trapped Julian Savea in his dead ball line. Scrum to Ireland.

Heaslip and Henshaw combined for Henshaw to cross and young Joey Carberry, on for Sexton, added the extras. 40 – 29 to Ireland. The celebrations began as I made my way to the fridge for another well earned bottle – I’d put in some shift there!  😀

We’ll have more pictures and an American’s pitch side view of this historic match at the weekend!