You are at:Home»Ireland»Wheelchair Rugby: Game continues to develop with first ever “Home Nations” 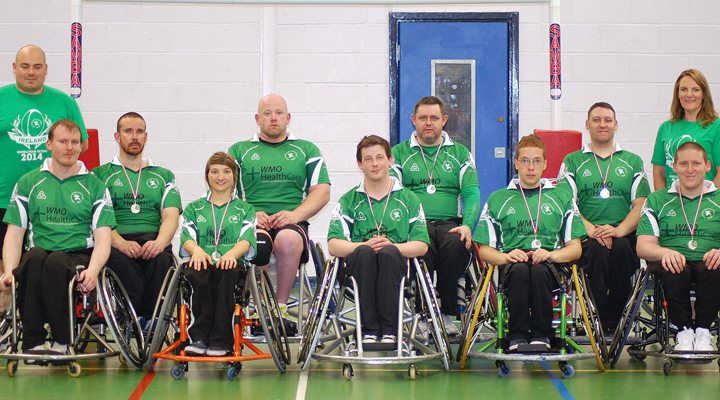 I must say it’s quite exciting getting in at the start of the development of a new form of rugby and for those of us that enjoy the technical aspects of the game Wheelchair Rugby 7’s is a fascinating incarnation of our favourite sport as it tries to mirror the full union game as closely as possible.

I caught up with the Irish Wheelchair 7’s side this past weekend as the competed in the first ever “Home Nations” Championship which was held in Liverpool’s John Moore’s University.  The competition featured teams from England, Ireland, Wales and, due to Scotland being unavailable, an English Barbarians side. The matches were refereed by, the founder of the sport, Wally Salvan, from France, and Italian Roberto Scagnoli.

This was the second taste of the sport for the Irish side who competed last year at the inaugural Six Nations competition and they went into the competition in a confident mood despite the lack of competitive fixtures at home in this new sport.

Unfortunately for Ireland it was England who came out on top with a convincing 49 – 11 win in the inaugural Wheelchair Rugby 7’s Home Nations Championship. Ireland hung in there in the first half with the teams turning round with England leading 15 – 6 but the English side’s experience, through more competitive competition, counted in the end as they pulled away in the second half despite the “Try of the Tournament” from Ireland’s Raisa Carolan mid way through the second half.

Despite the final day result the competition was a great experience for the Irish side and with expert refereeing and advice form Wally Salvan and Roberto Scagnoli they were able to develop their game further but know that they need more competitive matches at home if they are to continue to develop and challenge the top sides.

The sport is open to all players, both disabled and able bodied, and in search of further competition the Ireland Wheelchair Sevens side are inviting all comers to another wheelchair rugby challenge this weekend, Sunday 29th June at the Irish Wheelchair Association, Clontarf, Dublin 3.

All sports teams, rugby, football, gaelic etc., are invited along to take part in this competition where full training will be given and all equipment provided. Full details are on the poster below, and below that are some pictures from last weekends competition so you can see what’s involved. 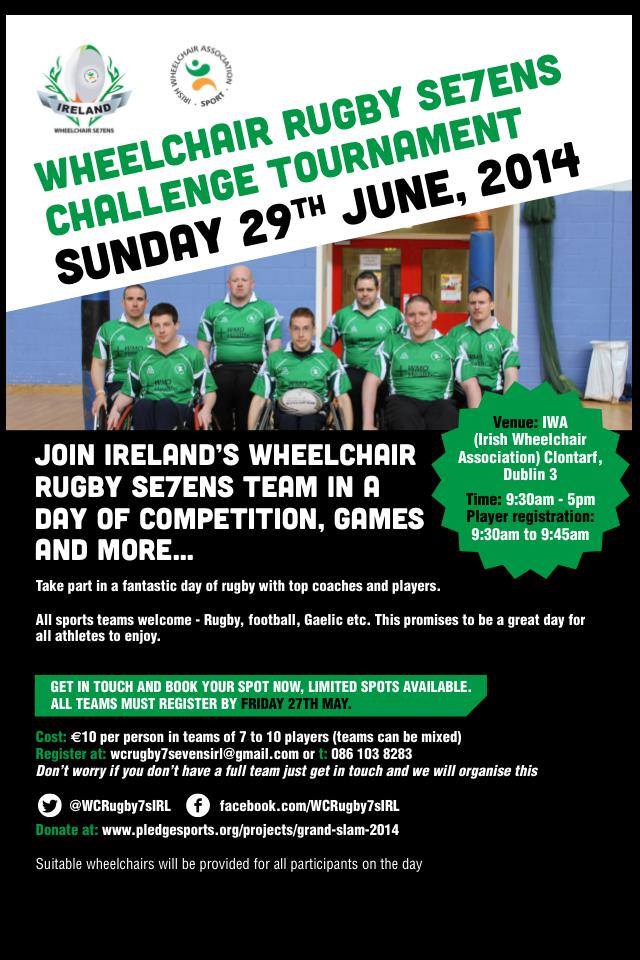