You are at:Home»Club»Club Men»Energia AIL 1B. Old Wesley 14 City of Armagh 12

Thanks to JC Sports Photography for the report and images.

Scrum superiority was ultimately to prove the difference as Old Wesley ran out winners 14-12 over City of Armagh at a blustery Energia Park this afternoon.

The home side started well but the visitors grew into the game and had a decent share of territory and possession in the first quarter. Both sides were getting on the wrong side of the referee on a regular basis but neither was able to capitalise, whether as a result of a lineout malfunction or, in the case of the home side, an inability to hold on to the ball as the line beckoned.

Wesley’s powerful scrum asserted itself early on, winning a penalty just  outside the visitor’s 22. The kick, into a strong wind, drifted well wide and the home side would switch tack and go down the line from then on. 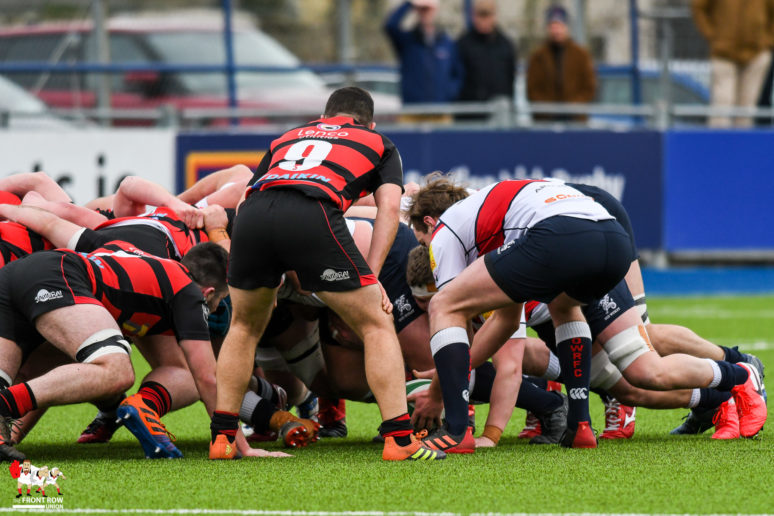 Old Wesley’s scrum asserted itself in the first half.

Having been held up over the line, a few minutes later a series of scrum penalties led to the opening score of the game as the referee awarded the first of two penalty tries to the home side on the 30th minute.

The visitors hit straight back though, firstly held up themselves as Evin Crummie went for the line, before several phases later left-wing Shea O’Brien dived over, Cormac Fox adding the extras to see us turn around 7-7 at the interval.

Armagh took the lead early in the second half as a mix-up at a defensive lineout in the Wesley 22 saw skipper Robert Whitten react quickest to snaffle the ball and dive over to give his side a 12-7 lead on 45 mins, the conversion coming back off the left-hand upright. 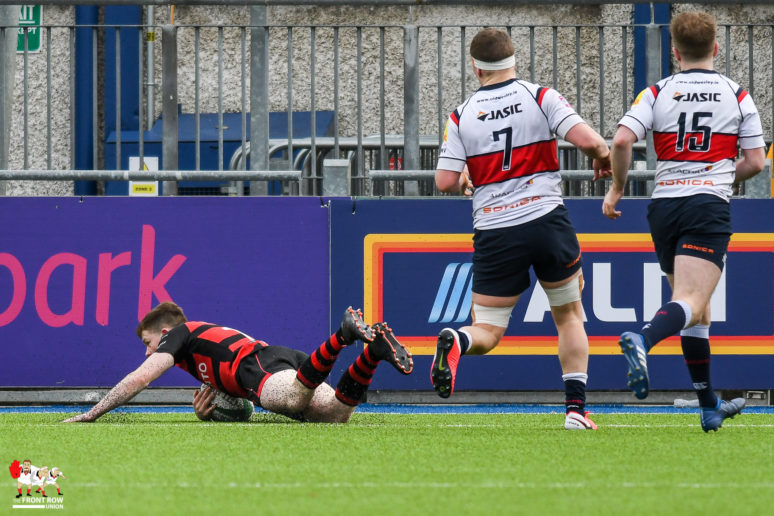 A second penalty try came for Wesley on 53 mins and proved to the last time the scoreboard would be troubled. The game became rather scrappy in the last quarter and neither side was able to take full advantage of the few clear scoring opportunities they were able to create.

Armagh did have one last chance in the dying minutes to claim an unlikely win but were pinged for not releasing and the chance was gone.