You are at:Home»Ulster»Ulster Men»Ulster Men: U19’s Record Late Win Against Munster U19.

By Editor on August 21, 2019 0 Comments
Tom Stewart on the charge for Ulster U19 against Munster
ADVERTS

After their defeat by Leinster U19 on Saturday, Ulster U19 came back from behind twice to defeat Munster Schools 13 – 11 at Bangor Grammar School  on Wednesday 21st August.

Playing into the teeth of a cold driving wind Ulster’s defence held firm conceding just two penalty goals in a half where Munster held sway in territory and possession.

They would have delighted to go into half time only 0 – 6 down.

Within a couple of minutes of the restart, a break, fast recycled ball from a couple of rucks and quick hands in the backs allowed Callum Davidson to go over wide out for an unconverted try. 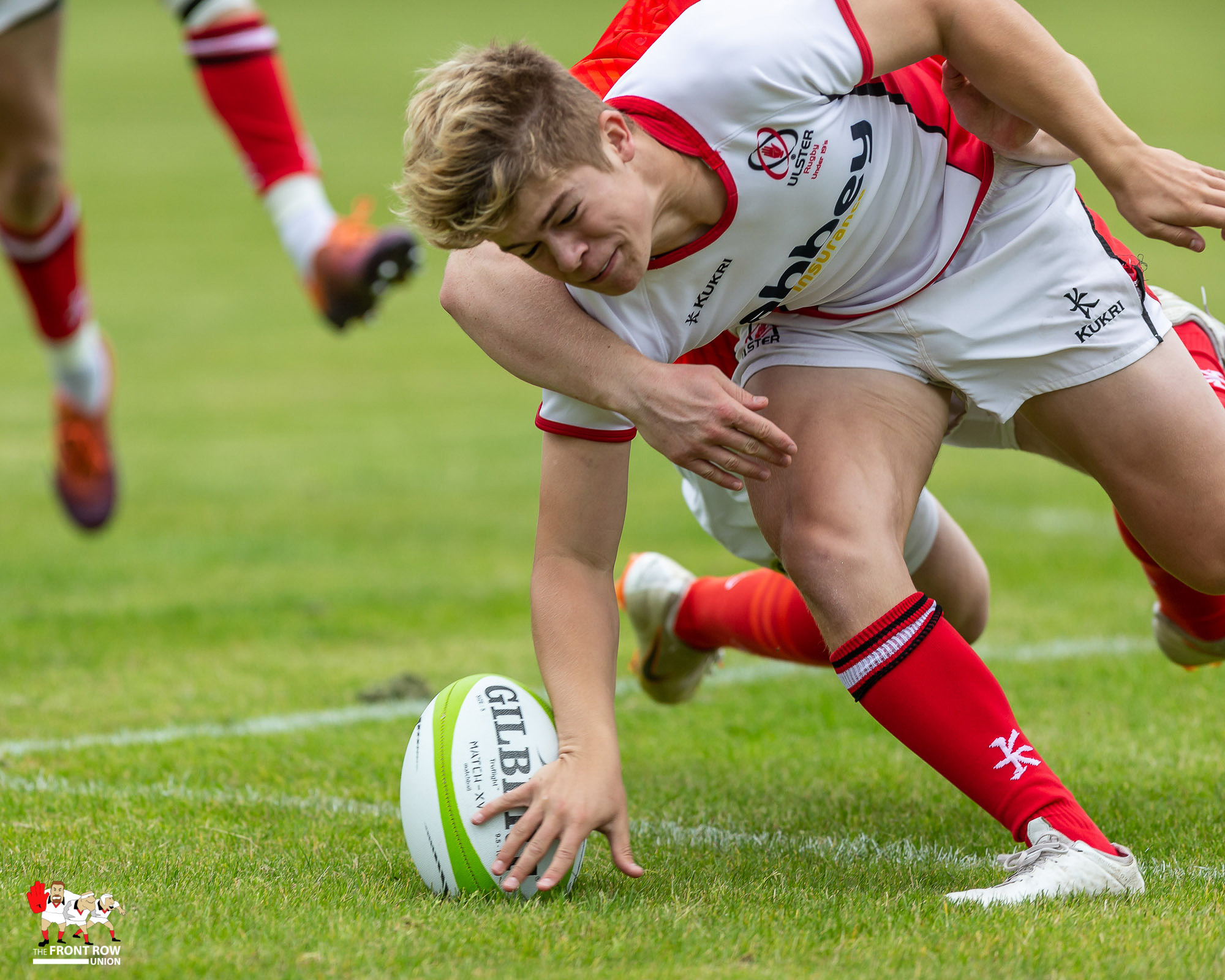 Callum Davidson touches down for Ulster U19 against Munster

Play was very even until mid way through the half when an overthrown lineout ball was won by Tom Stewart, who broke free and found Conor McKee, who ran in unopposed, to score an unconverted try in the corner to give Ulster a 10 – 6 lead. 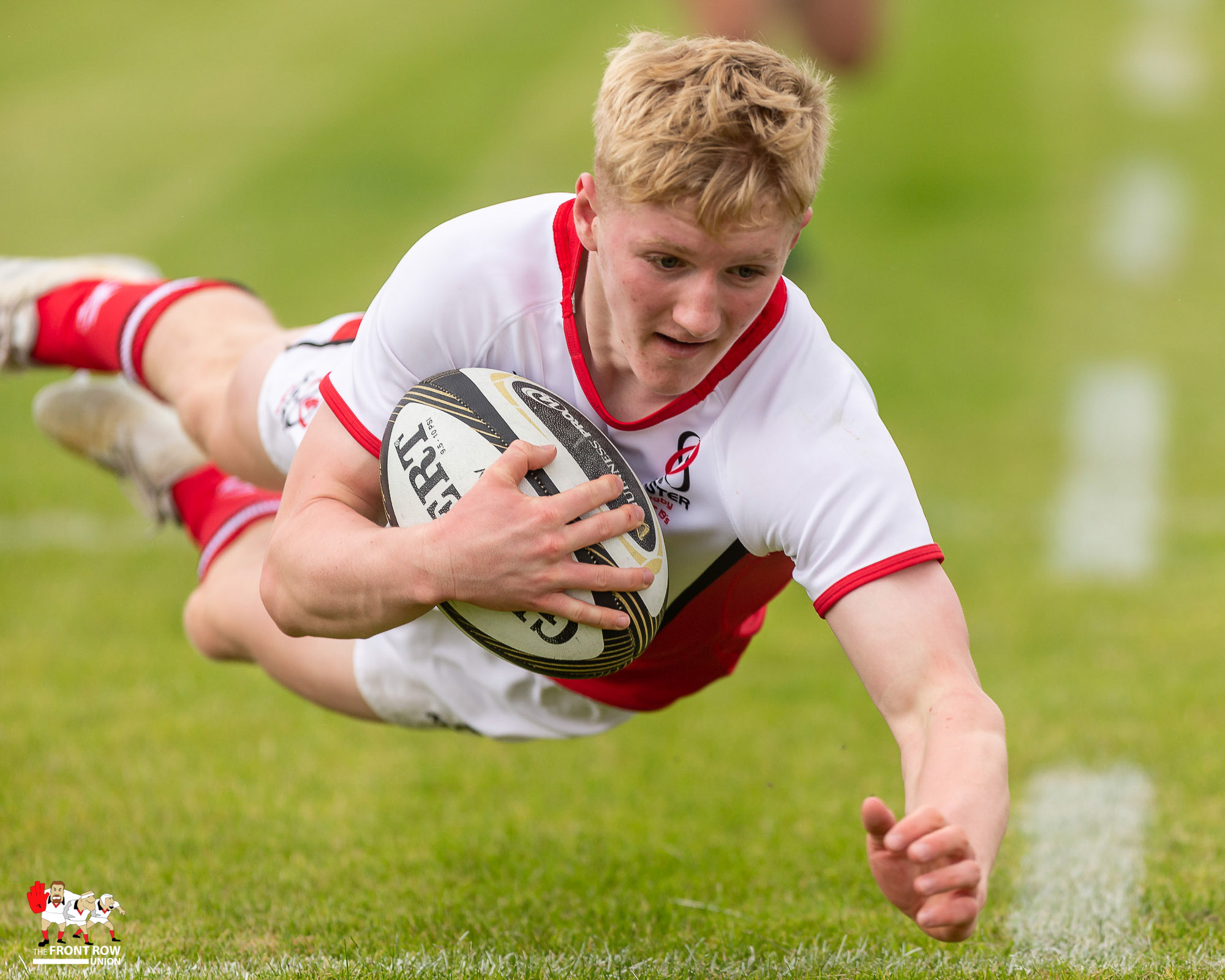 Conor McKee goes over for Ulster U19 against Munster

With under 10 minutes left Munster ground out a series of rucks and pick and goes to get close to the line. When the ball was flashed along the backs they scored an unconverted try mid way out.

For the last 5 minutes Ulster were camped on the Munster line and eventually Munster conceded a penalty in front of the posts.

Reece Malone converted the penalty goal and Ulster held on for a nervy few seconds for a 13 – 11 win.