Ireland Women Sevens competed their season with a bronze medal finish in the Rugby Europe Grand Prix tournament following a 4th place finish in the second leg in Kharkiv, Ukraine.

The second leg of the Grand Prix was all a bit anticlimactic after the Olympic qualifiers last weekend and several of the Tier 1 sides, including Ireland, sent development sides. There was some Ulster interest however with Monaghan’s Lucinda Kinghan making her senior debut and Enniskillen’s Claire Boles completed a busy season that saw her pick up caps for Ireland Women’s XV and 7s sides. 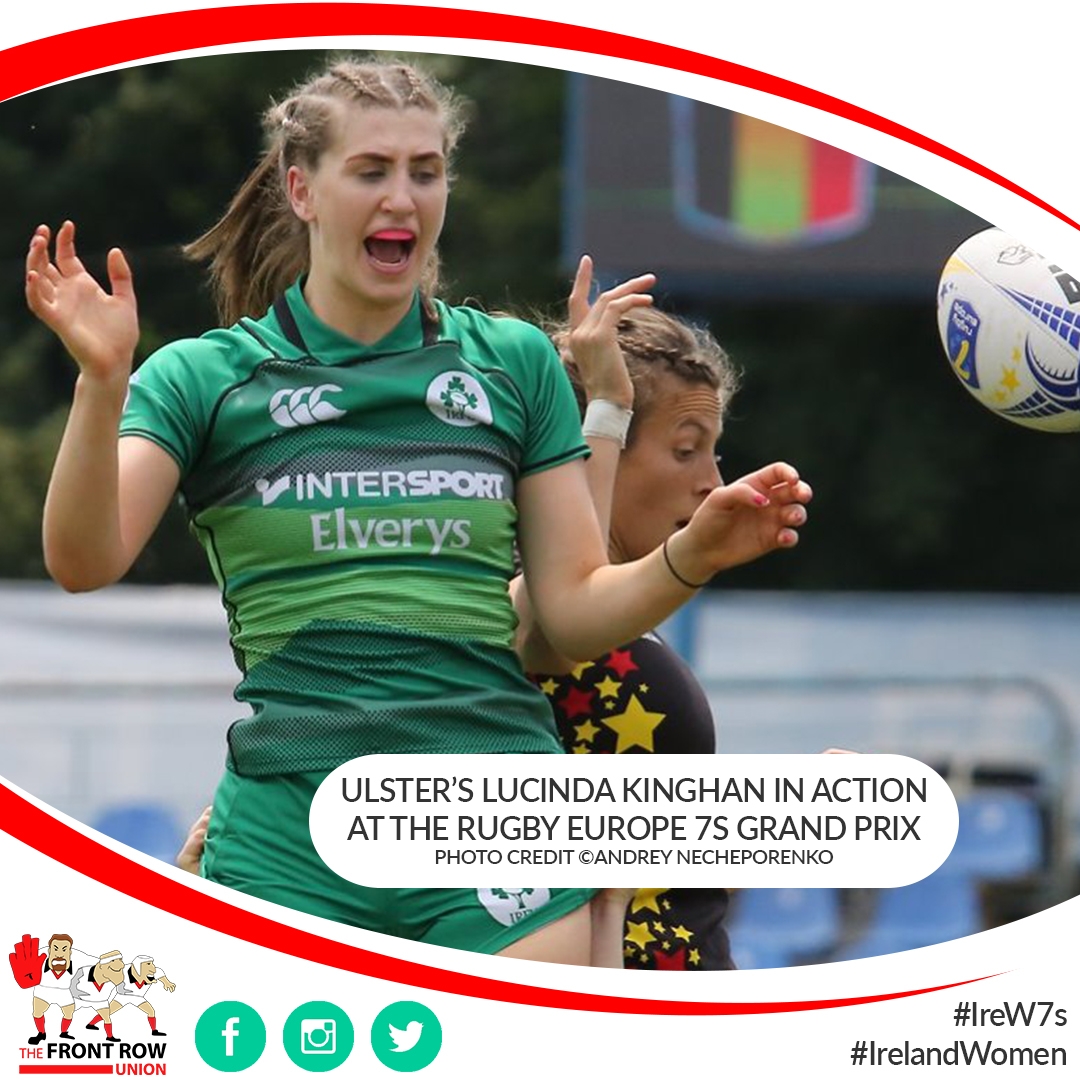 The mix of the teams led to some strange results throughout the weekend. Ireland lost heavily to Italy in their opening match but recovered somewhat for a Cup quarter final on Day 2. However, England, who had just secured Team GB’s Olympic qualification the previous weekend, lost all their pool games in Day 1 to end up in the bottom four Shield matches on Day 2.

Over the two days Ireland played 6, won 3 and lost 3 for their 4th place finish. They scored 13 tries but conceded 22*. Their conversion rate was pretty good at 85%, with 11 of their tries converted. This left them with a points tally of 87 points for and 134* points against.

Their results over the two days were as follows.

Ireland’s fourth place finish in Ukraine, combined with their fourth place picked up in France, in the 1st Leg of the Grand Prix tournament, saw them pick up the bronze medal for a 3rd place finish overall, as you can see from the three Rugby Europe graphics below. 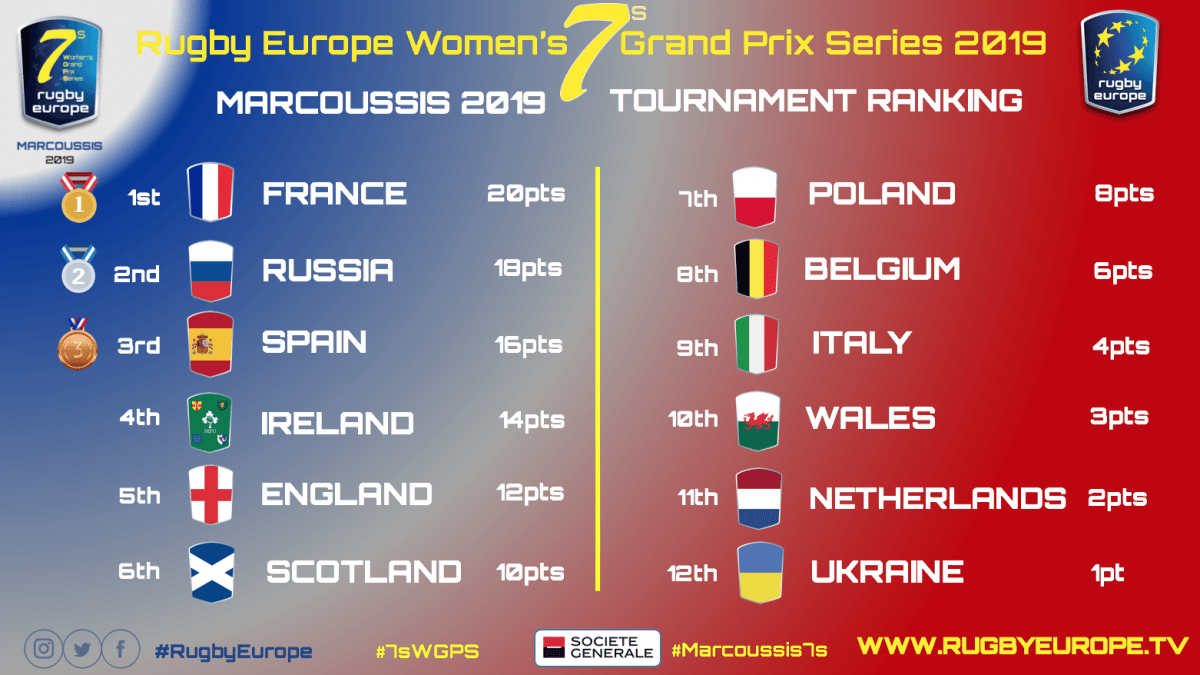 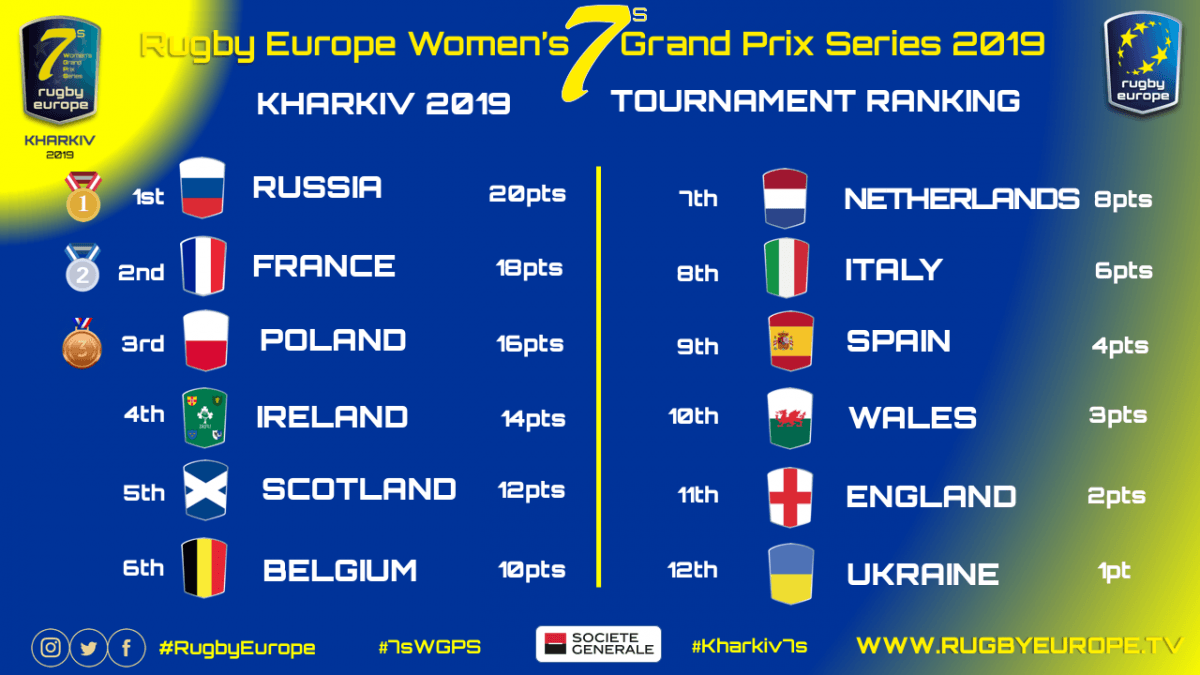 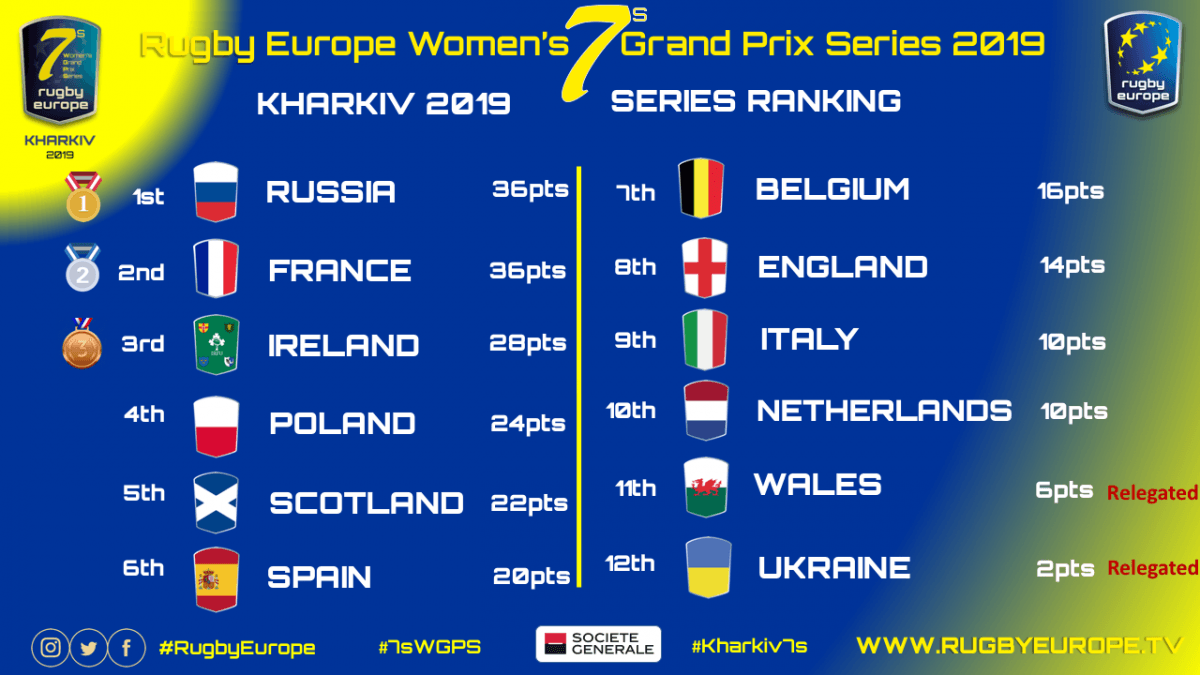 It doesn’t really mean a lot for Ireland, or Russia, France, England and Spain for that matter, as they are already playing in the World Rugby Sevens Series and this tournament doesn’t effect that.

However, it is important for Poland, Scotland and Belgium who should be invited as Europe’s representatives for the next qualifying tournament for the 2021 World Rugby Sevens Series and it’s important for Wales and Ukraine who drop down to the European Rugby Trophy tournament, making any pathway to  the World Series much more involved!

As for Ireland, and their young squad, they did pretty much as expected, barring that opening day loss to Italy. They recovered to secure wins against Wales and Spain to qualify for the Cup quarter finals on Day 2 where they faced Belgium, who had benefited from England’s disinterest in Pool B.

Ireland’s win against Belgium at the start of Day 2 guaranteed them a top four finish but they will be disappointed that they weren’t competitive in the next two games against France and, in particular, Poland.

The Ireland squad and their scores throughout the tournament are shown below.

Eve Higgins led the way with 42 points scored, nearly half Ireland’s total. Her points coming from  four tries and 11 conversions.

Ulster’s Claire Boles got on the score sheet in the final two matches picking up 10 points for the tournament from the two tries. 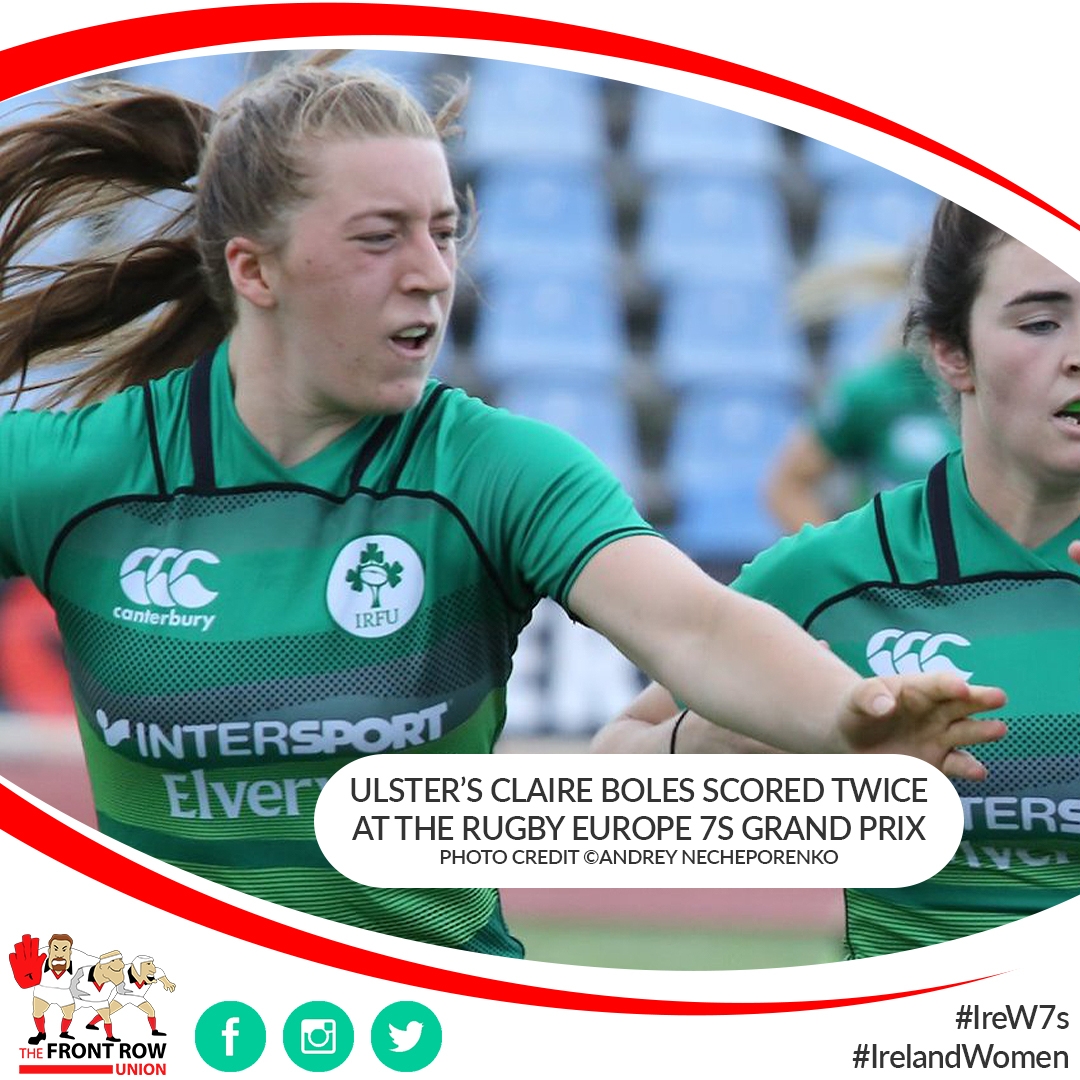