Visitors RBAI came out on top 5 - 10 at Belfast rivals Campbell College in this Halloween weekend clash at Fox's Field.
Schools

The scenic Fox’s Field was lit up in bright patches of sunlight but unfortunately the game didn’t live up to it’s settings with the ball seeing more air time from the boot than it did passing through the hands.

The teams swapped a lot of kicks at the start of the game.

All the scoring occurred in the first half.

After a prolonged period of swapping kick’s CCB’s Finlay Parkes was the first to seize the bull by the horns, with a break from midfield off the back of a ruck, the centre outpacing the defence to score out wide. 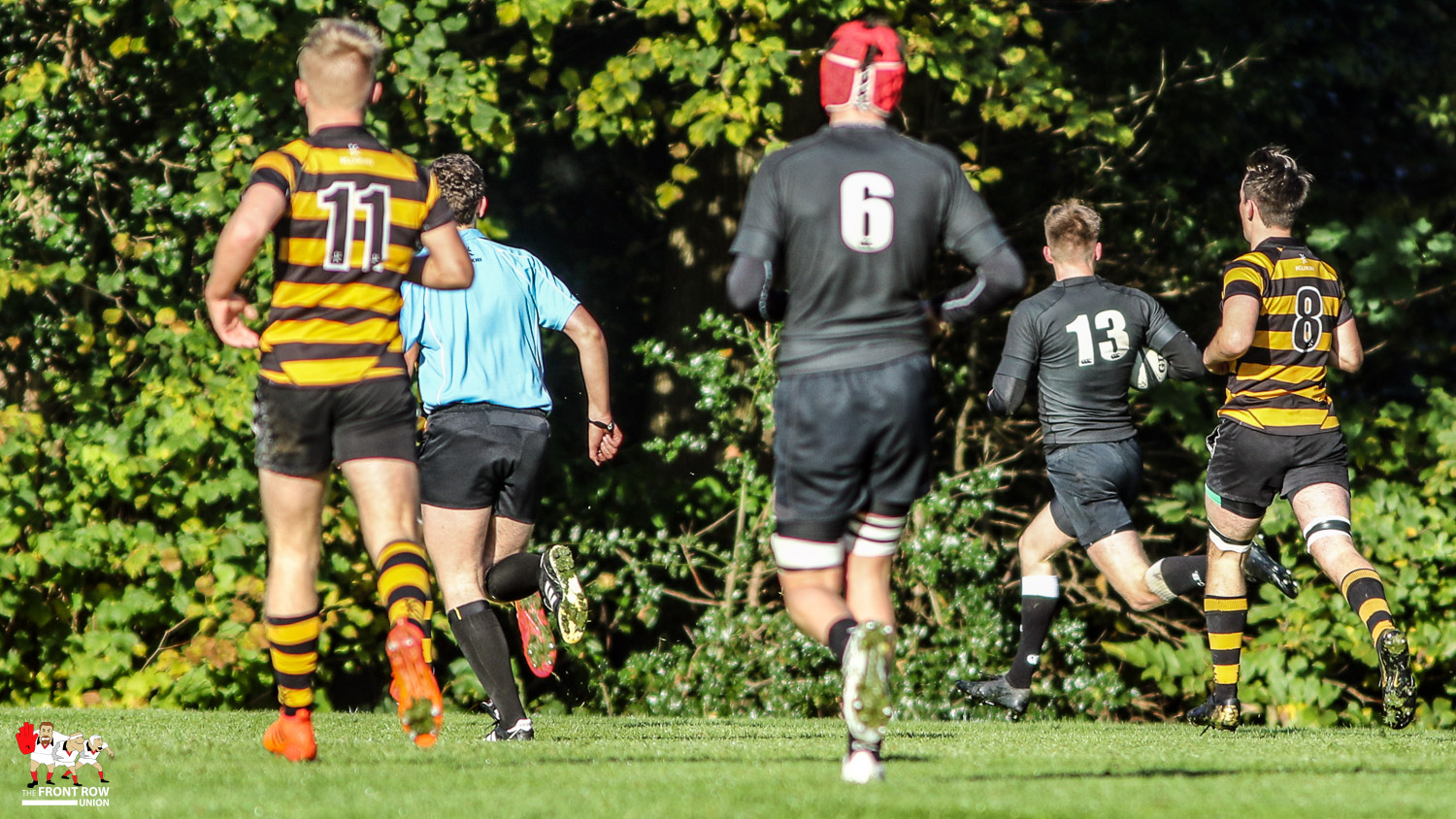 CCB’s Finlay Parkes outstrips the defence to score in the corner.

The score appeared to jolt Inst into action and they spent a sustained period in the Inst 22 before Ronan Boyle knocked over a penalty to take the score to 5 – 3.

Inst enjoyed the lions share of territory and possession in the second quarter and they added to their total with a Ben Gallagher try, from close in, towards the end of the first half. Boyle knocked over the conversion to give the visitors a 5 – 10 lead which they kept for the remainder of the game.

RBAI celebrate Ben Gallagher’s try towards the end of the first half.

Over 150 pictures in the gallery below.