The tournament will feature top schools sides from Ulster, Leinster and Munster with English side Mount St Mary’s and Welsh side Cymoedd College also taking part.

The matches will be played at 15 minutes each way with a 5 minute break allowing the event to rattle through 24 games over four pitches throughout the day.

The teams represent the great and the good in schools rugby in Ireland with current Provincial Schools Champions Campbell College (Ulster), Blackrock College (Leinster) and Glenstal Abbey (Munster) all taking part. In all there will be six Ulster sides and four each from Munster and Leinster competing against the English and Welsh representatives.

The Pools for Day 1 are below and more details can be found here.

The schedule for Day 1 is shown below. 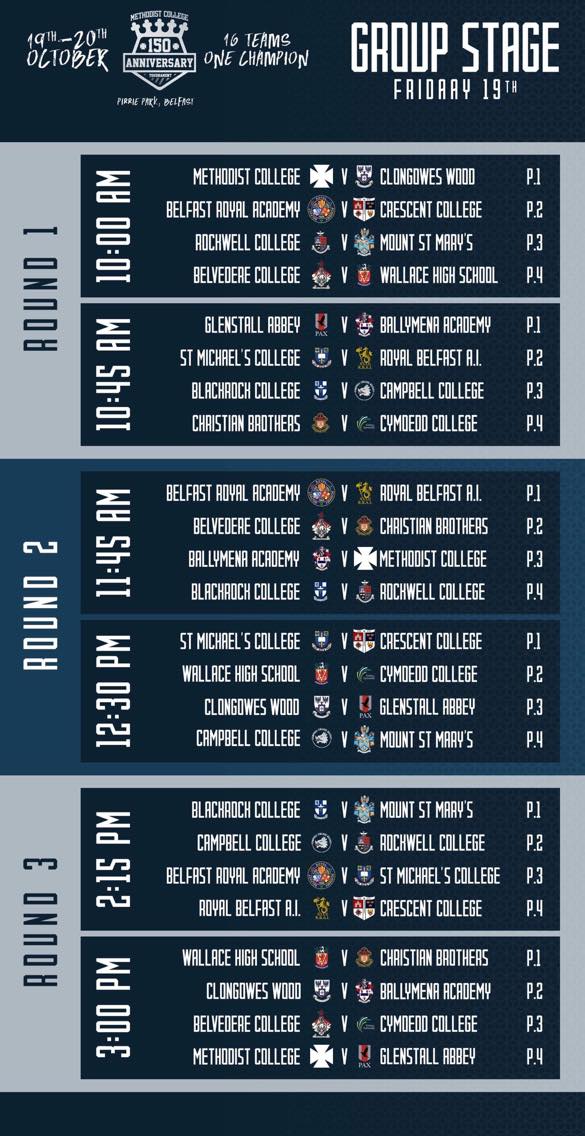