Malone get back to winning ways.
Club Men

By Editor on February 20, 2020 0 Comments
Malone get back to winning ways.
CLUB MEN ADVERTS

After getting a full house of predictions in AIL 1A it’s back down to earth with a 60% hit rate in 1B and wouldn’t you know it, it was two Ulster clubs, Banbridge and City of Armagh that let us down.

Highfield were able to take full advantage of their win at Armagh with shannon continuing their good run with a win against the out of form Old Wesley.

Old Belvedere and Malone both leapfrog City of Armagh with their wins against Banbridge ,and Navan respectively. 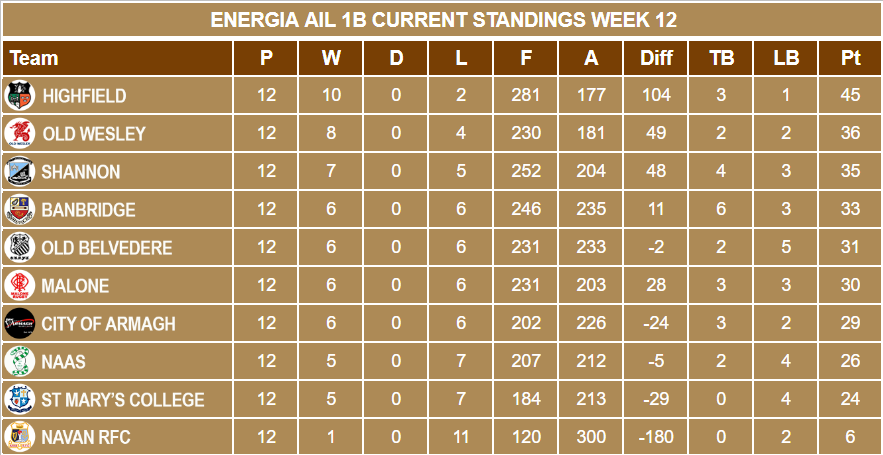 This was the lowest scoring week in AIL 1B as Storm Denis played its hand. The 135 points came from 18 tries, 12 conversions (67% conversion rate) and 7 penalties.

Only two players got into double figures this week with Peter Osborne (Naas) hitting 10 points with 2 penalties and 2 conversions and Sam Burns (Highfield) hitting the same amount through 2 tries. 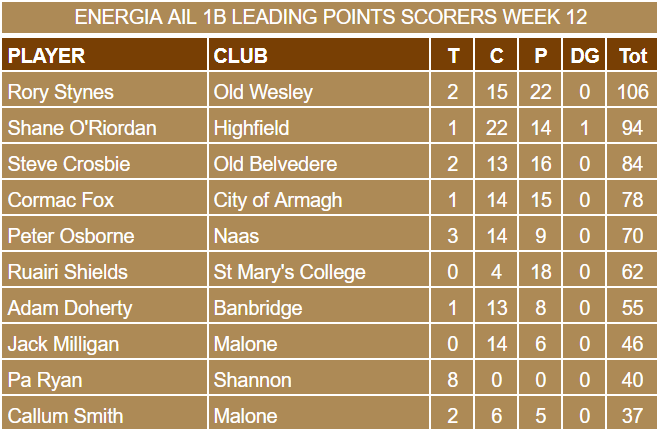 In the leading try scorers table the only significant move is Banbridge’s Peter Cromie breaking away from the group chasing Pa Ryan to move into second place on his own with 7 tries to date.

You can view all the AIL 1B scorers, by club,  below. Let us know if we’ve made any mistakes.

ENERGIA AIL 1B SCORERS BY CLUB