We have a quick look at who did what during Week 6 of the Energia AIL 1B.  It wasn’t a great week for the Ulster clubs with all three missing out on a win.

It looks like the league is going to be just as difficult to predict as it was last season with only one of our predictions correct, Old Wesley beating our friends at City of Armagh, but even then I’d left it all a bit vague giving myself plenty of wriggle room to claim an unlikely win for Armagh.

In the other three competed fixtures we’d predicted wins for Shannon, Malone and Banbridge who promptly lost to Naas, Old Belvedere, and St Mary’s respectively.

The stats did show it would be reasonably competitive at Belvo and Mary’s leaving Naas as the Team of the Week after seeing off the challenge from Shannon.

St Mary’s have been the main beneficiaries from the results leapfrogging all the Ulster clubs to go into 5th place. Old Belvedere took advantage of Shannon’s loss to move to third. Shannon dropping into the mid table battle were only five points separate five teams. 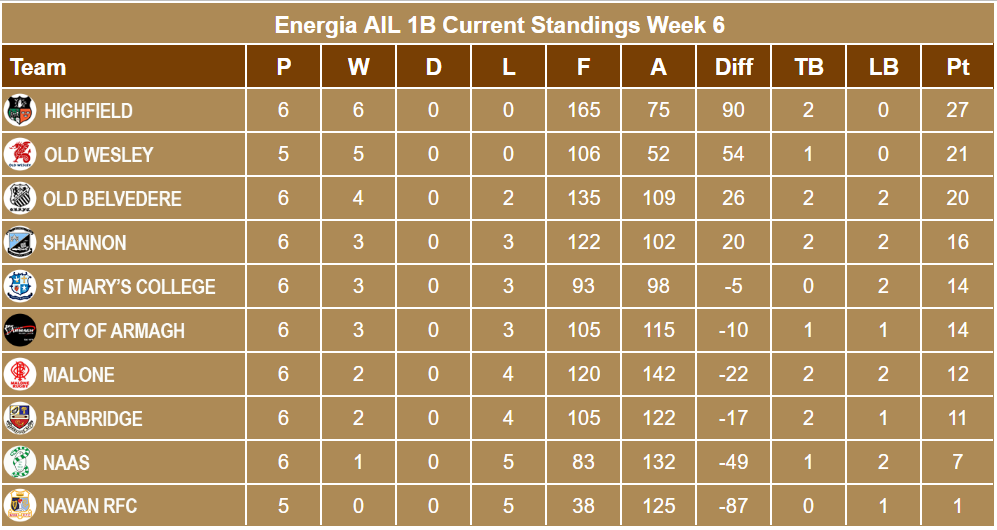 Despite the unfulfilled fixture there were still 156 points scored during Week 6. The points came from 19 tries, 17 conversions (89% conversion rate) and 9 penalties.

Crosbie’s haul keeps him well clear at the top of the Leading Scorers Table though Osborne, last seasons leading scorer, has started to move up the table moving up three places this week. 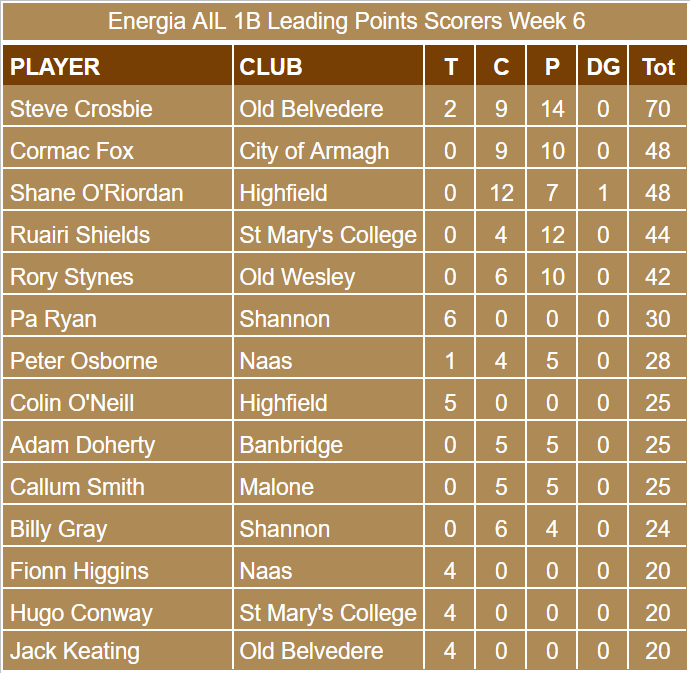