By Editor on October 2, 2019 0 Comments
Leinster Women went through the Interprovincial series undefeated following a 25 - 12 win agaist Connacht in the final at Energia Park on Saturday 21st September2019.
ADVERTS

In the third place playoff’s Ulster completed their 7th winless season with a defeat by Munster and Leinster U18’s came out on top against Connacht U18’s.

Congratulations to all those who took part.

Pictures from the final can be viewed below, just click on the toggle box.

Pictures from the final by Bob Given Photography

The results give the following final standings.

We’ve kept the league table going as a check balance for our player stats but it serves only as a talking point. It does reflect the outstanding season for Leinster women, the disappointing season for Ulster Women and the exceptional match play by Connacht in their semi final win against Munster.

NOTE: Not official standings the table is for information only.

To the best of our knowledge, all the individual scorers are shown below. the table is dominated by Leinster’s Hannah O’Connor who clocked up 43 points from 3 tries, 11 conversions and 3 penalties. 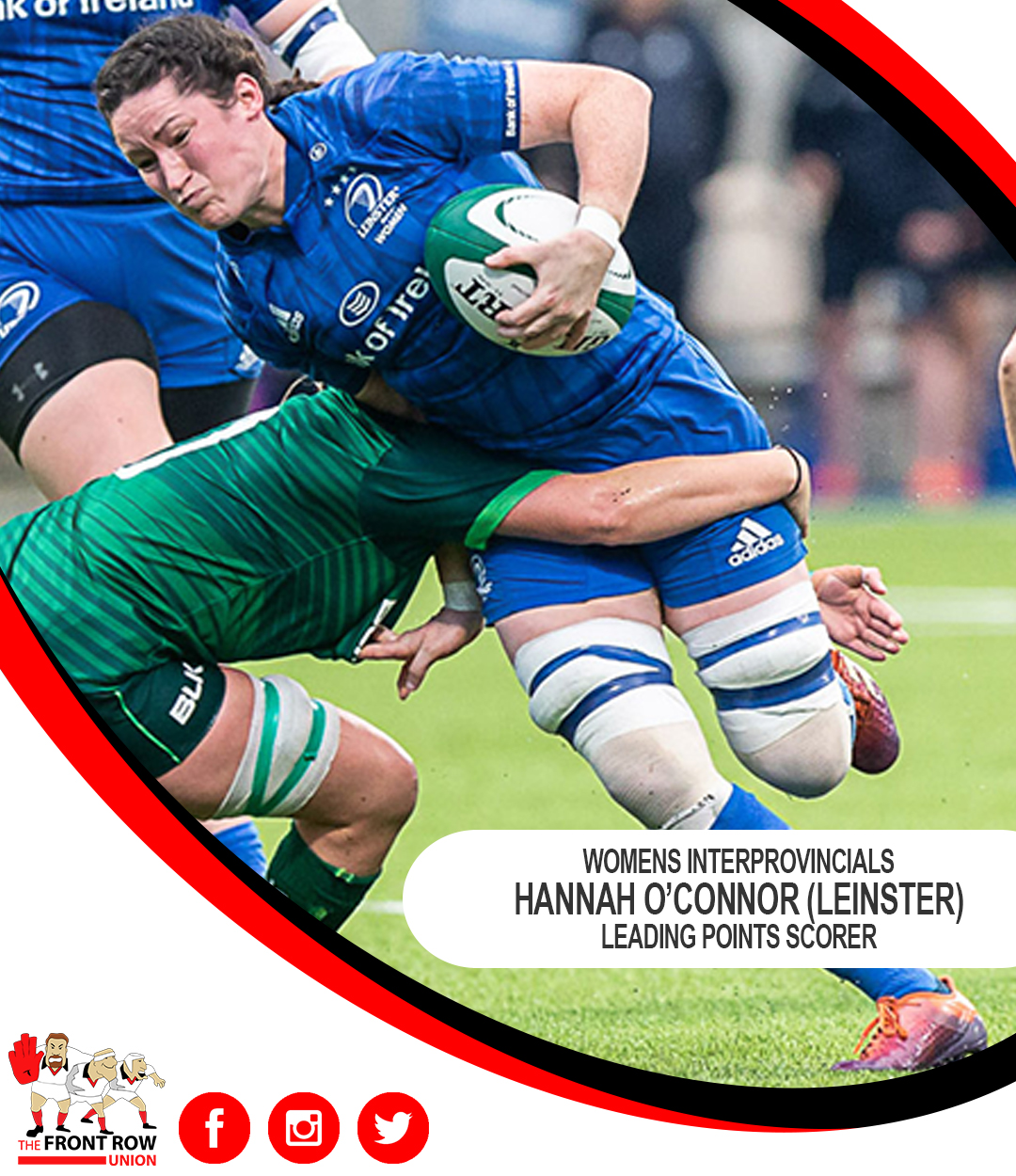 Teenage prodigy Beibhinn Parsons topped the try scorers table with the youngster banging in four tries despite only playing in two games. 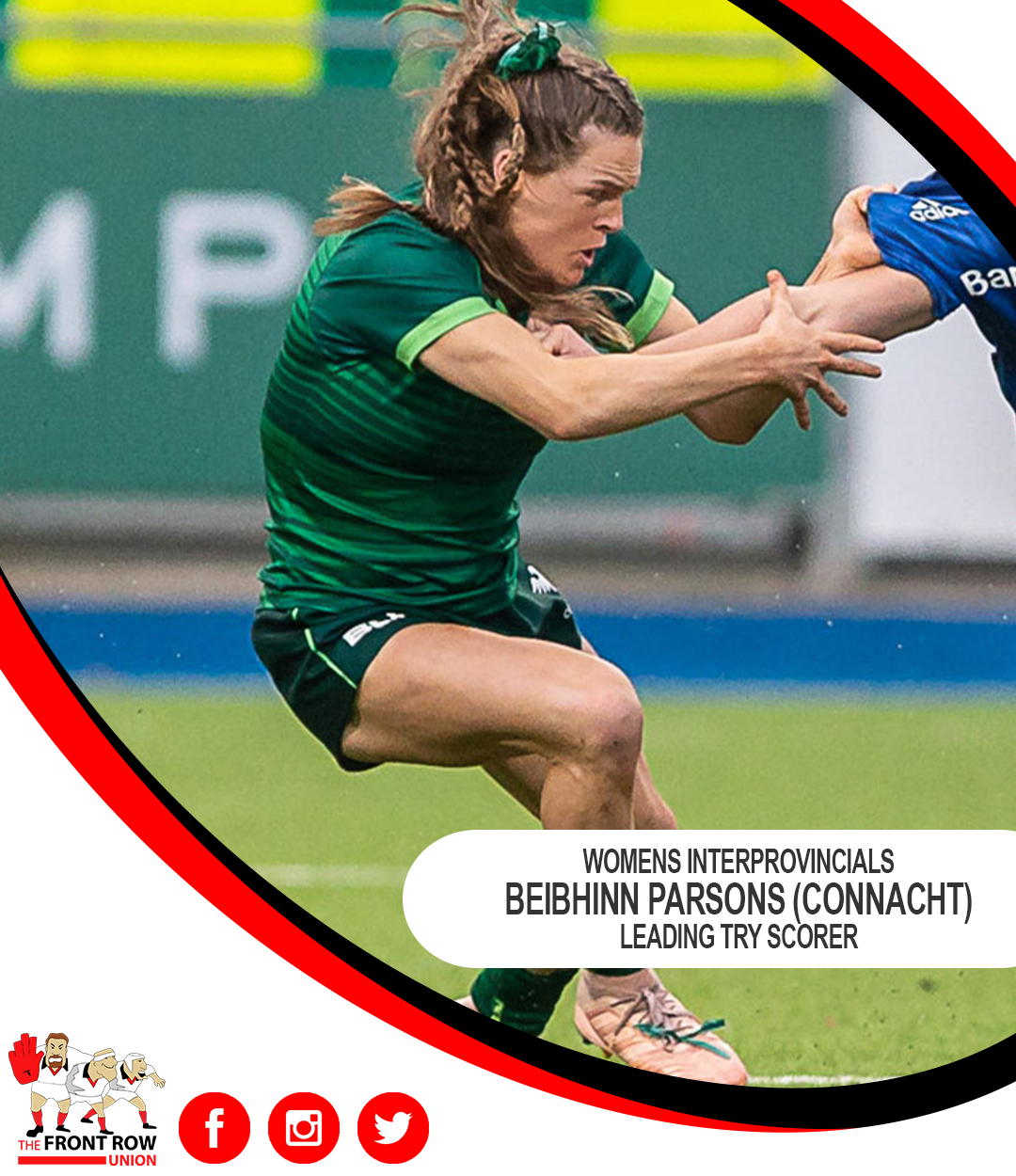 The scorers by province can be viewed below, just click the appropriate province.

Pictures from the 3rd Place playoff can be viewed below, just click on the toggle box.

Pictures from the playoffl by Bob Given Photography

The results give the following final standings.

As with the women, we’ve kept the league table going for the U18’s as a check for our scorers totals and the table below is for information only. It does reflect the exceptional match play by Munster U18’s who kept their powder dry during the round robin stages to explode spectacularly in the play offs with two exceptional wins.

NOTE: Not official standings the table is for information only.

Leinster U18’s can take some comfort following their semi final defeat to Munster, that two of their players top the scorers table. 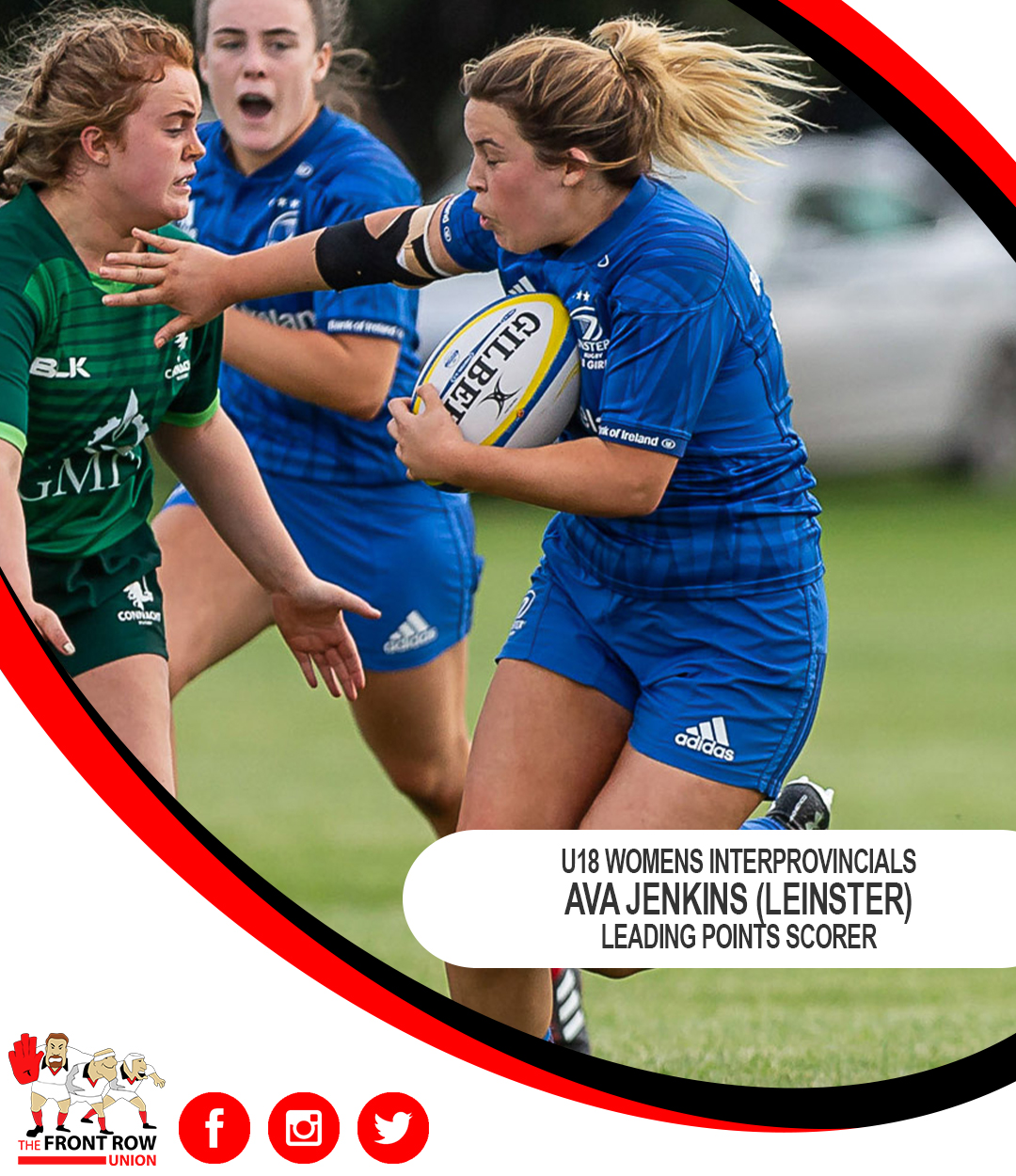 and Ciara Faulkner was the leading try scorer with four tries. 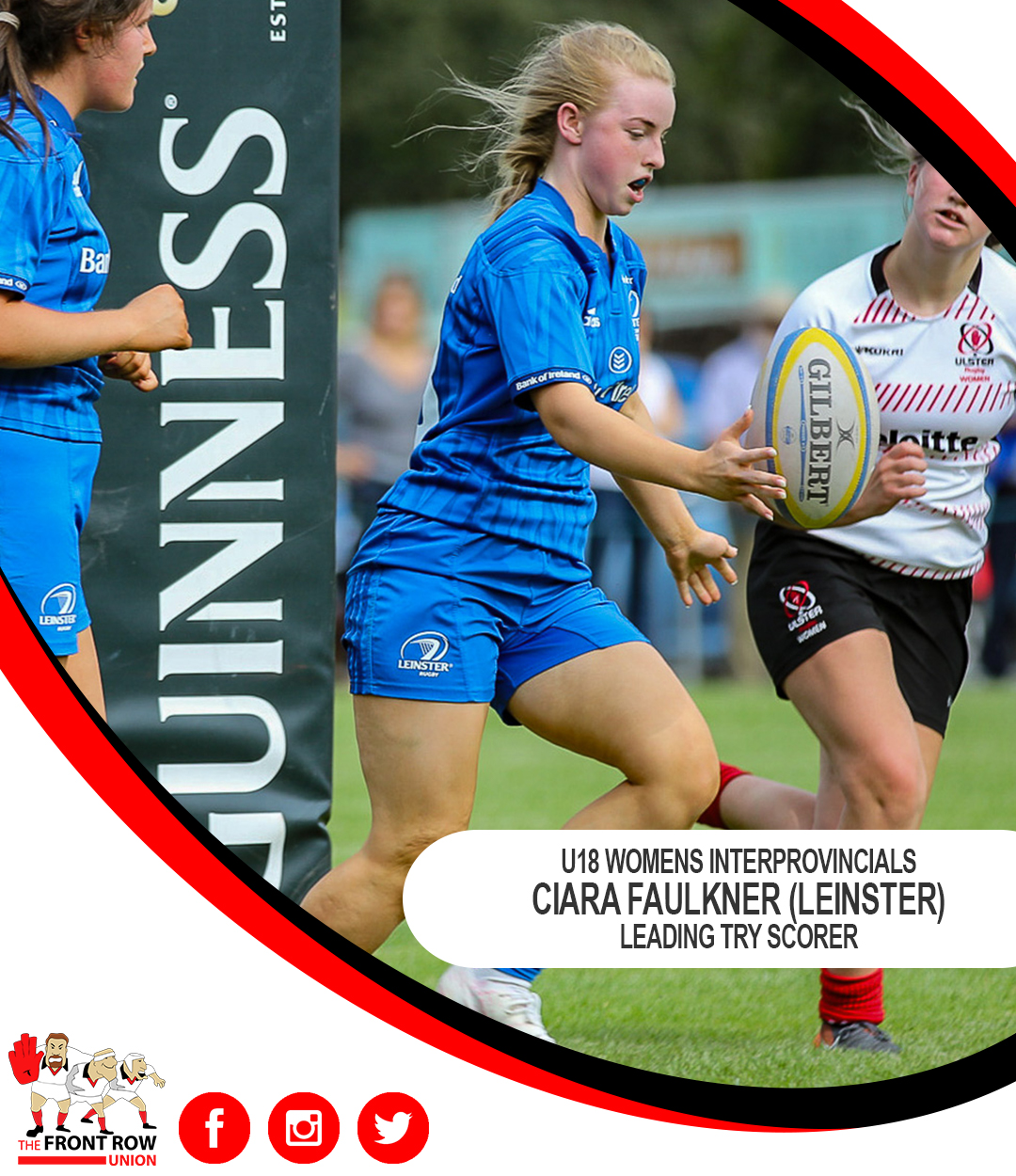 The scorers by province can be viewed below, just click the appropriate province.