With the 2019 Rugby World Cup running from 20th September to 2nd November the starting date has been knocked back three four weeks and the PRO14 season will start on 27th September. there are a few weeks of fixture overlap ut with the games in Japan kicking off in the early morning here it shouldn’t be a problem.

Ulster kick off the season with a home fixture against Ospreys before heading off to South Africa for fixtures against Cheetahs and Southern Kings before returning to Fortress Ravenhill for Friday night lights against Cardiff.

Their final “World Cup Overlap” fixture is against Zebre on 1st November so Ulster should do pretty well during the international player absences. 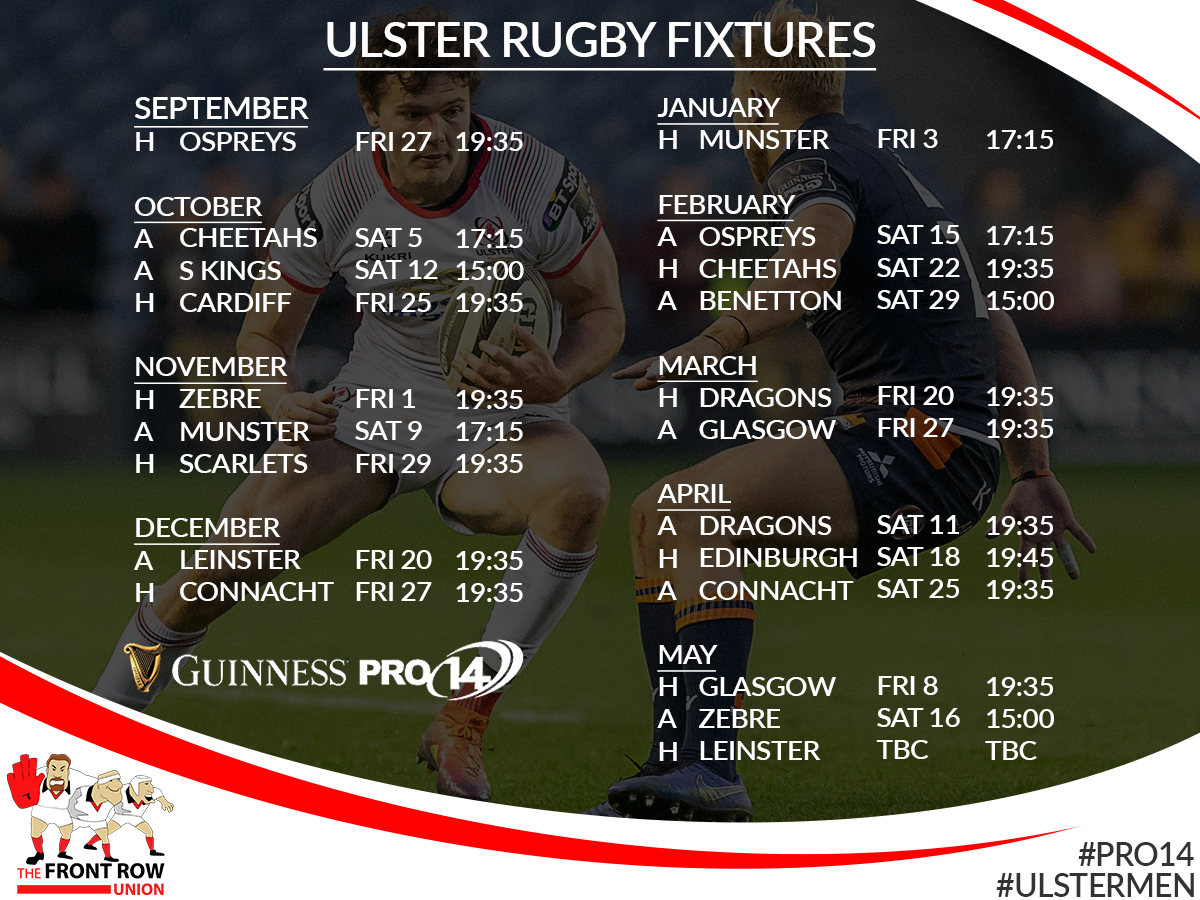 The away game against Munster on 9th November will be Ulster’s first real chance to prepare for the European Cup matches, which start the following weekend and from then on it’s pretty tight with Scarlets, Interprovincials and European Cup matches all the way through to 19/20 January.

Again, they have fairly light fixtures through the Six Nations but it’s a tough enough old run in in April and May and hopefully they will still be involved with European Rugby at that stage as well!

The top trips this season seem to be that week in South Africa in October, indeed it should be lovely in Port Elizabeth for the second game, and there is a nice wee jaunt to Treviso in February which you will find far, far better value than a Six Nations trip.

If you like it a bit warmer Parma in May for the Zebra game might be more your ticket  but it will be more expensive. The away trips to Dragons and Glasgow, at the end of March and beginning of April respectively, are great value for money, particularly if you like necking a few beers.  Book early for Glasgow if you fancy that one and be warned, they are a lot more vocal against visiting supporters than they used to be!