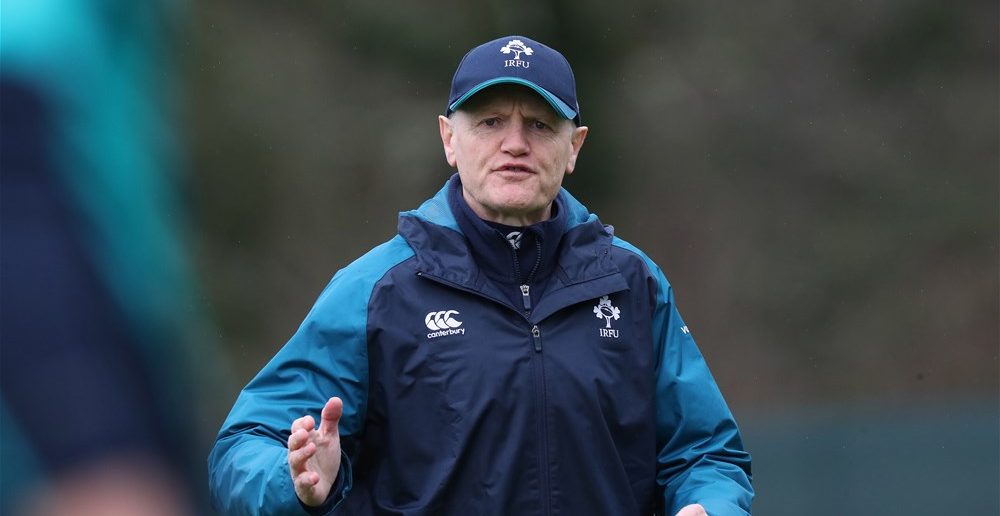 Injuries to Robbie Henshaw, CJ Stander, Garry Ringrose and Devin Toner has forced Joe Schmidt into making four changes ahead of the trip to Murrayfield to face Scotland in the second round of the Six Nations.

There’s no change in the Ulster personnel that were in the matchday squad for the home defeat against England with Rory Best and Jacob Stockdale both in the starting lineup and John Cooney among the replacements. Fivemiletown native, Chris Farrell, starts at outside centre.

The front row remains unchanged with Best captaining the side from hooker alongside Cian Healy and Tadhg Furlong. Quinn Roux partners James Ryan at lock in the absence of Devin Toner while his fellow Connacht player, Ultan Dillane comes onto the bench. Jack Conan will hope to fill a Stander-sized hole at the back of the scrum with Sean O’Brien who is set to make his first Six Nations start in two years at openside flanker. Josh van der Flier drops to the bench while Peter O’Mahony starts at blindside.

The tried and tested half back partnership of Conor Murray and Johnny Sexton continue in their respective jerseys. Bundee Aki has a new partner in the shape of Chris Farrell at outside centre. The former Ulsterman has impressed in the red of Munster this season after recovering from a long-term injury which saw him miss the Autumn Internationals. Rob Kearney returns to his familiar 15 jersey while Keith Earls and Jacob Stockdale remain on the wings.

Two years ago Ireland confidently rocked up to a buoyant Murrayfield in the opening match of the Six Nations and were comprehensively blown away in the first 30 minutes. With the score at 21-5 to the hosts, Ireland mounted a 17-point comeback but two late Greig Laidlaw penalties sealed the game for the hosts.

That defeat helped focus Ireland after winning the two previous tournaments and with the loss to England last weekend, I suspect Ireland won’t let the Scots build a lead quite like last time.

Although I missed their match against Italy last week, Scotland inflicted a similar performance to the one two years ago and were leading by 30 points with ten minutes to go when Italy pulled three tries back to give the score some respectability. This shows that Ireland will get chances as Scotland are prone to lapses of concentration.

Without doubt, this Scottish backline is world class, particularly when Finn Russell is on form. The former Glaswegian can be inconsistent however as we saw when his Racing 92 side took on Ulster at Kingspan in January. The back three of Sean Maitland, Tommy Seymour and Stuart Hogg are dangerous and wreaked havoc two years ago.

On the other hand, they are useful up front also. Stuart McInally is a talented hooker while Josh Strauss, Jamie Ritchie and Ryan Wilson form a very balanced back row. I’d say this is a stronger Scottish side than the one that turned Ireland over in 2017, but at the same time, so are Ireland.

Last season’s match was evidence for this. Ireland strangled the life out of their opponents, winning 28-8. What was impressive about this performance was that Ireland always appeared to be in control, and this grip forced Scotland into errors and lead to ill-discipline. With a number of key players out, and the home factor playing in favour of the Scots, I think it’ll be difficult for Ireland to replicate this kind of result.

One week ago, all was rosy in the Ireland camp but that loss against England has seen the momentum evaporate. I had pointed out in the preview that this match is a potential banana skin and there’s a lot riding on it especially now since Ireland slipped up at home to England. A loss on Saturday would signal an end to Ireland’s Six Nations’ aspirations for this year.

The FRU predicts: I’m still going to side with Ireland but by the skin of their teeth. I’m sure the players will be reminded to make sure that last week was just a bad day at the office and the incoming players have been selected on merit – another sign of Ireland’s terrific depth.