You are at:Home»Ulster»Ulster Men»PRO14»Teams up for Munster Rugby v Ulster Rugby

We'll be looking a belter of a performance from Pienaar at Thomond Park on Saturday!
PRO14

By Editor on April 14, 2017 2 Comments
We'll be looking a belter of a performance from Pienaar at Thomond Park on Saturday!
ADVERTS

The teams have been announced for Ulster Rugby’s must win Guinness PRO12 match against Munster Rugby at Thomond Park, Limerick, on Saturday afternoon. Kick off 3:00pm, live on Sky Sports.

Ulster have made three changes to the team that started against Cardiff. Jacob Stockdale starts at fullback, for the injured Jared Payne, Andrew Trimble moves to the starting line up, at the expense of Craig Gilroy, and Chris Henry joins the back row, with Roger Wilson making way. Gilroy drops to the bench where he’s joined by Stuart McCloskey and Clive Ross. 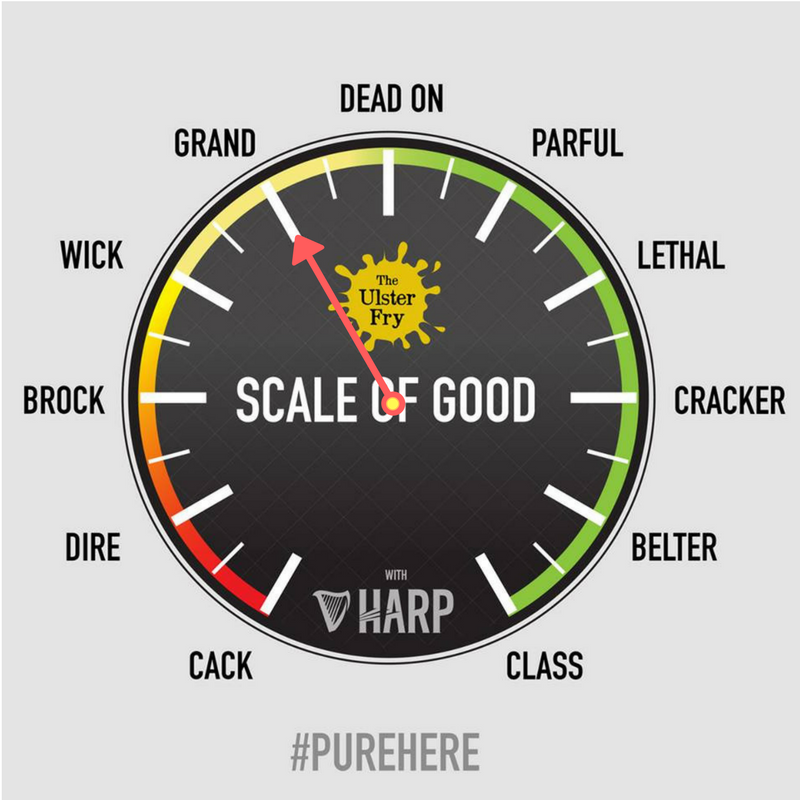 Ulster scored a “Grand” last time out against Cardiff. Not terrible, but certainly a step below the minimum requirement of “Dead On”. You can score them on the Scale of Good during and after the Munster game this weekend. Just check back to the site after kick off and the “Scale of Good” will be on the sidebar! Thanks to the guys at The Ulster Fry for their permission to use the above artwork. .

It’s a strong enough looking Ulster side, but we’ve always been strong on paper, Ulster’s season has been typified by below par performances on the pitch. In fact Ulster’s performances have been sub standard so often this season that I’ve run out of adjectives to describe them. With that in mind, I was therefore delighted when our friends at The Ulster Fry gave us permission to use their “Scale of Good” to measure Ulster’s performance’s for the rest of the season.

After reflection we gave Ulster a “Grand” rating for their performance against Cardiff but I think they are going to need to score something between “Cracker” and “Belter” if they are to get a result in Limerick.

It’s not that it’s a fantastic Munster side that Ulster face, they are missing more than a few of their big names, but with Munster the sum of the whole is larger than the sum of the individuals, whereas, the reverse is true for us “soft nordies with our fancy ways”!

Not much else to say really, except, that the game means a lot more to Ulster than it does to Munster and that might just be enough to make the difference.

(Vote in the sidebar to the right to let us know who you think will win this one.)

The FRU Predicts: Munster have their mind on bigger matches and that might be enough to give Ulster the edge in this one. A cracker performance and a narrow win for the Ulster Men! #SUFTUM