By Editor on November 26, 2016 0 Comments
Ashleigh Baxter in action for Ireland at the 2016 Olympic Sevens Repechage, Dublin.
ADVERTS

It’s wall to wall women’s rugby for the next couple of weeks at the FRU and we’ll find time somewhere along the way to keep an eye on Cooke’s Ashleigh Baxter and Enniskillen’s Claire Boles as they compete in World Sevens Women’s Series in Dubai.

Baxter continues her involvement with the Sevens programme for the time being though I expect her and Miller, at least, to be withdrawn later next year to concentrate on the XV’s game ahead of #2017WRWC. This gives Boles and the rest of the players in the Development Squad everything to play for as their should be a few additional spaces opening up alongside those created by player attrition.

We’ve written plenty about the wonderfully driven Baxter over the years and I must say that when I watched Boles go in for her try against Munster in the Ulster Women’s U18 Grand Slam decider there were lot of similarities between her and a young Baxter that led me to choose Boles as the FRU Player of the Game. 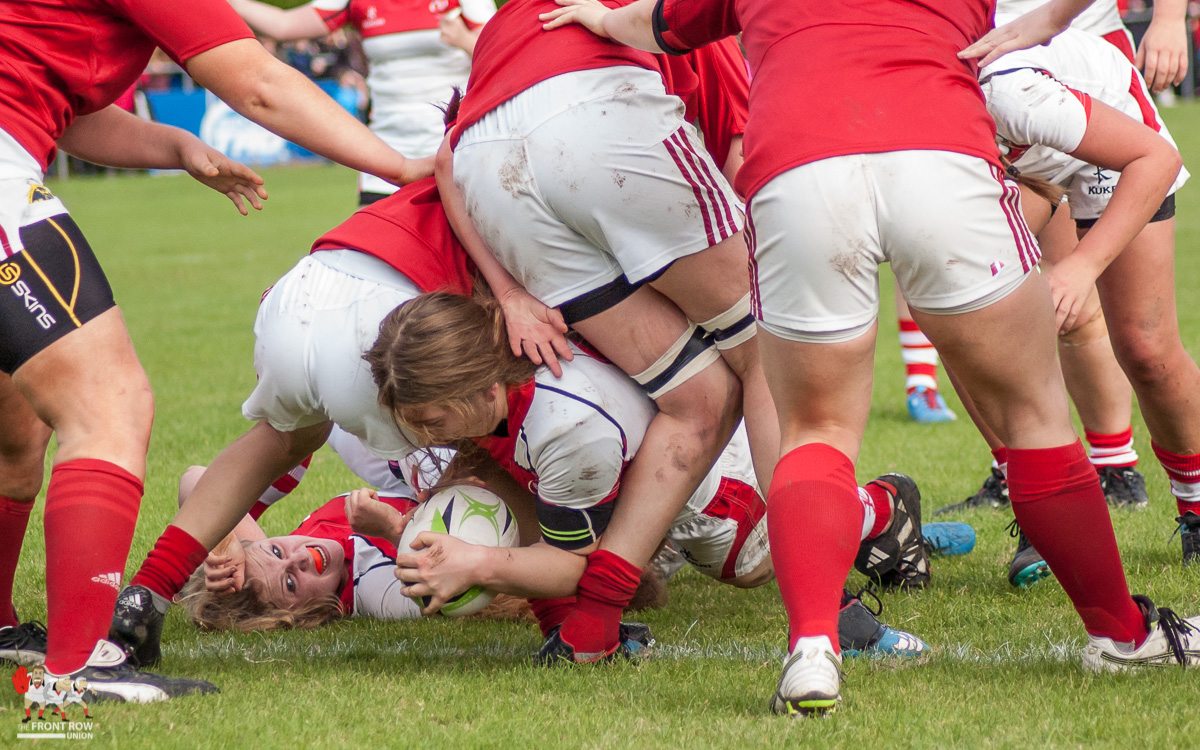 Claire Boles battles through the Munster defence to score for Ulster U18’s.

Both are prepared to put their body where it hurts and, from our privileged photographers view just behind the try line, both have that look on their face when they get close to the line, you just know they are going to score. In my opinion both are more suited to the XV’s game as they thrive in contact (what I’d give to see Baxter running out for Ulster Women against Munster next Saturday at Ravenhill) but hey, who’s going to turn down a few jaunts across the globe if the options are there and certainly the sevens teams will be stronger with them.

Boles is one of quite a few exciting possibilities to come out of that Ulster U18 side and we’ll be watching their progress with interest.

The Dubai Sevens marks the start of the HSBC 2016-17 World Rugby Women’s Sevens Series with the other rounds as follows:

Ireland have been drawn in a difficult group, Pool B, alongside New Zealand, France and Fiji with the action kicking off on Thursday, December 1st as follows: –

The play off matches will be held on Friday 2nd, the exact fixtures depending on the pool placement.

Games will be streamed live via www.worldrugby.org.

The development squad’s fixtures also start on Thursday as follows;

Again, play off matches will be held on Friday 2nd.