No Irish representation but how will the rest of the teams do?
Ireland Women Sevens

By Editor on August 5, 2016 0 Comments
No Irish representation but how will the rest of the teams do?
ADVERTS

OK so there is no Irish Rugby participation in the Rio Olympics, in either the men’s or women’s competition, but I invested so much time last season watching Ireland Women’s Sevens participation in the World Rugby Women’s Sevens Series and, of course, their ultimately unsuccessful, Olympic qualification campaign that I thought I’d add a few words on the Olympics and on some of the players who caught the eye.

There are twelve teams competing in the Olympic Rugby Sevens competition. They are broken down into three groups of four as follows:

The teams play each other in the Group over two days, the Group stages starting at 15:00 on Saturday 6th August and ending on 17:00 on Sunday 7th with the top eight playing in the Quarter Finals on Sunday evening with the first Quarter Final kicking of at 21:00,

Expect to see Australia, United States, France, New Zealand, Spain, Canada and Great Britain all qualify for the Quarter Finals with one from Fiji, Brazil and Japan filling the other berth. Group B is the “Group of Death” with Spain and France equally matched and results in other groups may see one of them fail to qualify for the quarters, which would be a great shame. Ninth – twelfth placing matches are also played on Sunday evening.

The Semi Finals and Final take place on Monday, together with other placings matches, with the Semi Finals kicking off at 18:30 and the Gold Medal Match wrapping it all up at 23:00 that night.

Error, group does not exist! Check your syntax! (ID: 4)

There were three players that caught my eye during the 2016 World Rugby Women’s Sevens Series, Jen Kish of Canada, Emily Scarratt of England/Great Britain and Patricia Garcia of Spain. 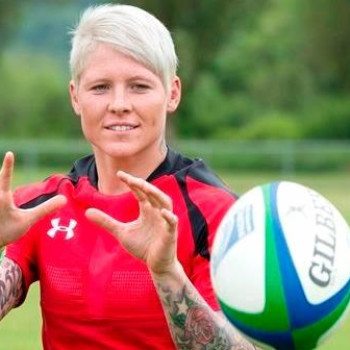 Canada’s Jen Kish plays the game with her heart, as well as a few tattoo’s, very much on her sleeve.

A tremendous athlete, a typically abrasive forward, and, as captain, she leads the team by example, competing for every ball. Her physical presence is too much for all but the very best but, on top of that, she also brings excellent ball handling skills and has a decent turn of pace.

Her key plays are at restarts and lineouts. Expect to see her plucking the ball out of the air and setting off down the pitch – when Kish is on fire the defences are terrified!

Canada, alongside Team GB, would be my outside tips for the Gold and Canada are the form team coming into the competition, having won the last round of the World Rugby Women’s Sevens Series. They beat England (effectively Team GB) and Australia, in the Semi Final and Final respectively, the wins particularly impressive given that Kish missed out due to injury. 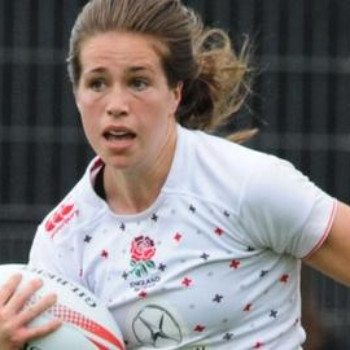 Team GB’s Emily Scarratt is so much more than the “leggy lovely” that the World Series commentators christened her.

Granted, she has such a long natural stride and wonderful balance that when she gets the ball in space it is a joy to behold but she makes my pick for her power, pace and commitment.

Scarratt, by virtue of her calm and composed temperament, will captain Team GB. She is another who, very much, leads from the front, always looking to be involved both in attack or defence but it’s her clever running off the ball that makes her an outstanding player as she pulls defences all over the pitch.

Team GB is pretty much the English Women’s Sevens side and they certainly experimented plenty throughout the World Series. I’d say the continual changes to the team led to them generally underperforming but with a period of stability behind them and a hugely experienced squad it would not be a surprise if they went all the way. 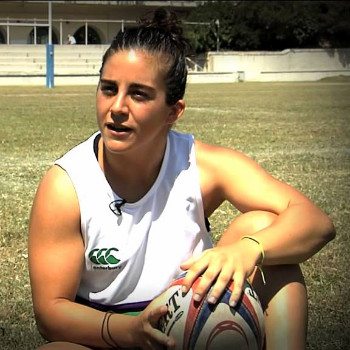 What can you say about Patricia Garcia? She is quite simply Spanish Women’s Sevens and one of the best exponents of the Sevens game that I’ve ever seen.

She is not particularly big, is certainly not physical, does not have tremendous pace and often looks disinterested but she can mesmerise defences and read the game like no one else.

Her performance against Russia in the Final of the Olympic Repechage Dublin Sevens was a joy to behold as she controlled the pace of the game, completely dismantled Russia and breathed confidence into her team mates. Simply wonderful.

Spain are real outsiders but you wouldn’t put it past the wily Garcia getting them on the podium at the Medals Ceremony, she really is that good and this is her stage. The big test for the Spanish will be getting out of their group but, if they do, no one will want to face them in the knock out stages.