You are at:Home»Competition»Six Nations»RBS6N: Teams up for Ireland v Scotland

A lot rests on the shouldrs of Sexton for this one!
Six Nations

By Editor on March 17, 2016 0 Comments
A lot rests on the shouldrs of Sexton for this one!
ADVERTS

Teams were announced this afternoon for Saturday’s RBS Six Nations clash between Ireland and Scotland at the Aviva Stadium, kick off 17:00.

Joe Schmidt has made only one change to the starting line up with Tommy O’Donnell returning from injury to replace Josh van der Flyer. Richard Strauss replaces Sean Cronin on the bench which also sees Eoin Reddan come in for Kieran Marmion.

Schmidt got something of a get out of jail free card last weekend with Ireland’s resounding win against Italy but his first choice selection faces a much tougher task this weekend against a resurgent Scotland who stand two places above Ireland in the table going into “Super Saturday”. 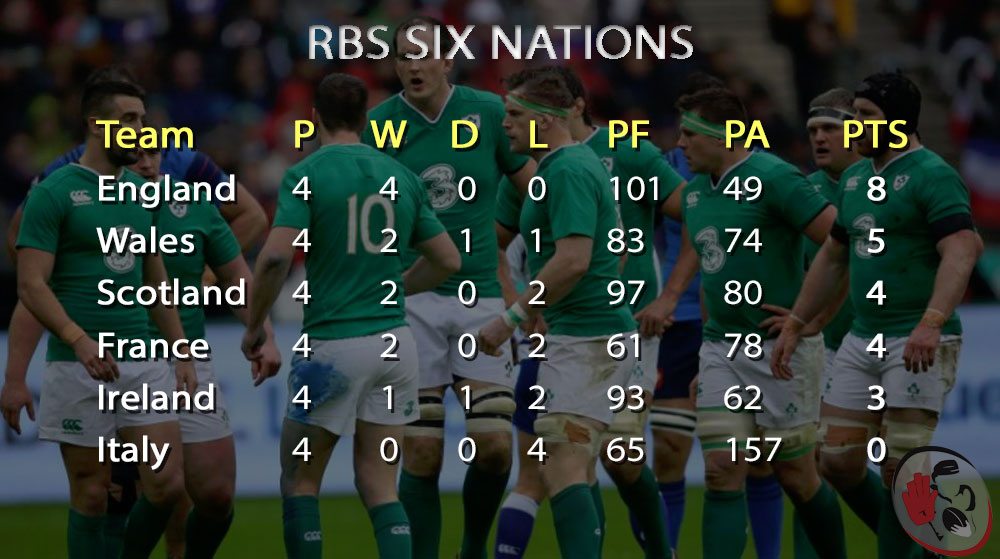 As they stand going into the final week.

As hard as I try I’m finding it difficult to see beyond a Scotland win here and I think they’ll win it in their front five. The back row edges towards Ireland and the back five towards Scotland the great unknown being the respective form of Sexton and Weir in the half backs.

Laidlaw is such an intelligent scrum half that Weir’s form might not matter so a lot will depend on Sexton and, worryingly, even against Italy, he sparked very little  beyond well known set plays.

These players know each other so well that defences will dominate so it may all come down to  the mavericks at fifteen. Both Zebo hand Hogg can mix the sublime with the ridiculous but unless one of them makes an absolute howler I see Scotland in a better position to capitalise on anything Hogg does.

I’ve also got a worrying niggle at the back of my mind that Rory tends to lose his arrows a touch when he’s up against Ford. 🙁

The FRU Predicts: A narrow win for Scotland in a tight game. Let’s hope I’m wrong!  😳